Austria's government has struggled for years to decide what to do with the house where Adolf Hitler was born, including considering tearing it down. The building will now house a police station to deter neo-Nazi tourism. 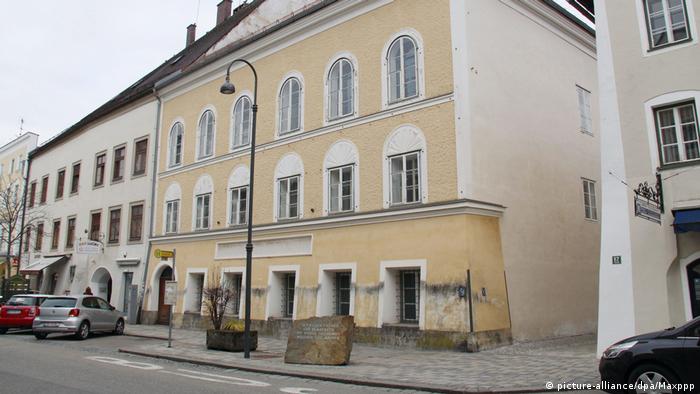 The building where Adolf Hitler spent the first few months of his life will now be turned into a regional police headquarters, the Austrian government announced Tuesday.

"The future use of the building by police will be an unmistakable signal that this building shall never serve to commemorate National Socialism," Austrian Interior Minister Wolfgang Peschorn said in a statement.

Extremists have been traveling to the town to have their pictures taken in front of the house, news agency DPA reported, citing local witnesses.

Police won't move in right away, as the government is holding an EU-wide architectural competition to redesign the building and outer facade.

According to the Interior Ministry, the winner of the contest is expected to be announced in the first half of 2020.

Tuesday's decision comes after a lengthy legal battle between the Austrian government and the previous owner of the house.

In early 2017, the government expropriated the building from its private owner, triggering a years-long legal battle over compensation.

Hitler, who led Nazi Germany into a global war that killed more than 50 million people, was born in an apartment on the top floor of the building in 1889. He lived there for a few months before his parents moved to Passau, Germany.

When the Nazis came to power, they turned the house in Braunau am Inn into a form of fascist center.

The Austrian government previously considered a range of proposals for the building, including possibly demolishing it.

A member of Austria's far-right Freedom Party (FPÖ) wrote a poem for a party newspaper that compared migrants to rats to warn against "mixing" cultures. The text drew an angry response from Austria's chancellor. (23.04.2019)

On November 8, 1939, Georg Elser, a German carpenter, almost changed the course of history. But his bomb missed killing Adolf Hitler by 13 minutes. It would take postwar Germany decades to acknowledge Elser's actions. (08.11.2019)