Hitler′s would-be assassin: A lone wolf who acted on his ideals | Germany | News and in-depth reporting from Berlin and beyond | DW | 08.11.2019 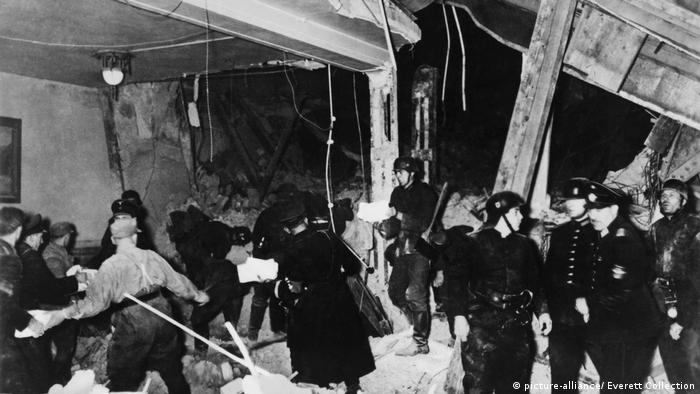 Adolf Hitler reportedly said that he had the "luck of the devil" on his side throughout his years in power in Nazi Germany. Whether there were evil spirits at play during his reign of terror is a matter for speculation.

What's indisputable is that he managed to survive several assassination attempts against him while countless plots were uncovered before they could be carried out. In most cases a combination of fate, luck, technical failings and ineptitude on the part of the would-be assassins came to Hitler's rescue.

Arguably the most prominent of the failed attempts on Hitler's life was carried out by a group led by German army officer Claus Schenk Graf von Stauffenberg on July 20, 1944. While he and his co-plotters feature prominently in history books and at commemorative events, Georg Elser often falls under the radar.

Five years before Stauffenberg's assassination plot Elser had tried to kill Hitler with a homemade bomb planted in the Bürgerbräukeller in Munich, the venue of Hitler's failed coup — the Beer Hall Putsch of November 9, 1923. Every year, on the eve of the anniversary, Hitler had come to the Bürgerbräukeller to make a speech.

The one on November 8, 1939, was supposed to be his last. Elser's planning had been meticulous — the timing, the placement of the explosives, right down to his escape route. The one thing he hadn't anticipated was that Hitler finished his speech earlier than expected and left the Bürgerbräukeller. Elser's bomb went off just under 15 minutes later, killing eight people but not the intended target. Elser was subsequently arrested by a border patrol as he tried to cross into Switzerland. He was thrown in jail, tortured and executed in April 1945, just days before the end of World War II.

So, why have his actions and bravery not received ample recognition? "On the one hand that's the result of the defamation by the National Socialists, which lingered for many decades after the war. On the other hand, it's due to Elser's image, which was created and cultivated as early as the late 1930s," says Professor Johannes Tuchel, head of the German Resistance Memorial Center in Berlin.

"The National Socialists presented Elser as a tool of British intelligence. Critical voices in the opposition said, no, this attack was perpetrated by the Nazis themselves to again demonstrate Hitler's infallibility." 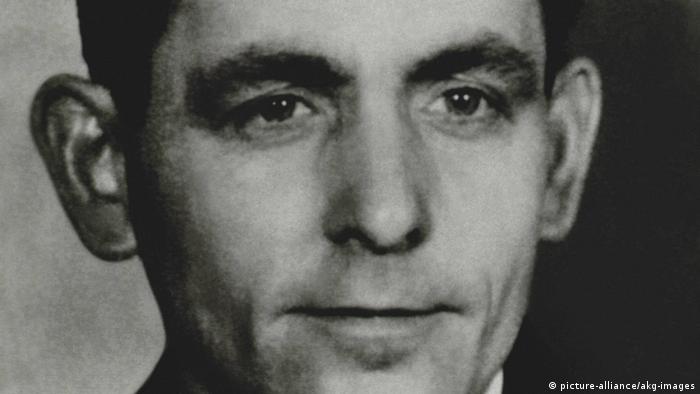 Those two narratives — skepticism and propaganda — were prevalent as late as the 1960s in a postwar West German society that struggled to recognize and accept the actions of a lone wolf, not least someone with communist leanings.

Elser abhorred National Socialism and everything it stood for: The deterioration of the situation of the working class, the restrictions on personal freedom, on the freedom of belief and education. The real eye-opener came when he worked in an armament factory in 1939 and concluded that Hitler means war and he had to be stopped.

"You have a carpenter from the Swabia region [southwestern Germany] who is an outstanding craftsman. He sees in 1938 what many Germans could have seen and resorts to the most extreme means, namely an assassination attempt — incidentally not only on Hitler but on the entire National Socialist leadership, notably [Hermann] Göring, [Joseph] Goebbels and [Heinrich] Himmler."

That, says Tuchel, was crucial to Elser's thinking. "He argued that that would pave the way for others to come to power who weren't interested in territorial expansion. If you translate that it means others could have already seen the warning signs in 1938 and acted accordingly."

Not necessarily by carrying out assassination attempts, he adds, but by showing civil disobedience, staging protests or carrying out acts of sabotage. "Elser impressively demonstrated the options and possibilities, and that was difficult, even shameful, for postwar society to grasp and digest." 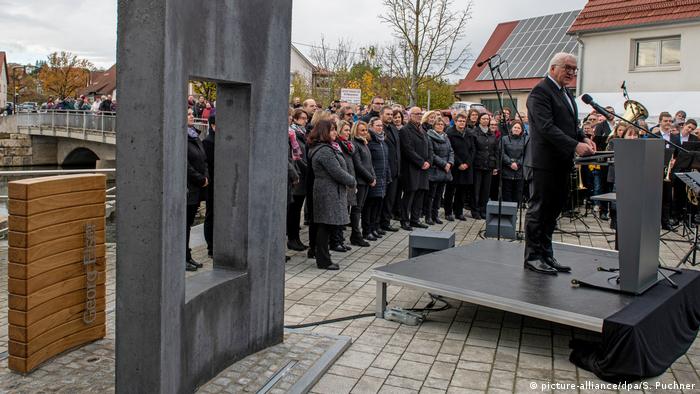 Although the road has been long and often arduous, Tuchel says he's pleased about the progress that's been made since the mid-90s to recognize and duly appreciate Elser's motives and actions. Earlier this week, Germany's president, Frank-Walter Steinmeier, inaugurated a new Georg Elser memorial in  southern Hermaringen, where Elser was born.

Nonetheless, Esler is still seen as non-conformist and recalcitrant, and as someone who invites discussion about his actions and his personality. But, as Tuchel says, it's necessary to have those discussions. "We need to be able to ask frank questions about his motives, goals and actions. And we're certainly able to do that much better than 20 or 30 years ago."