Who were the people who risked their lives to resist the Nazis in Germany? A visit to the German Resistance Memorial Center in Berlin provides some answers — 75 years after the 20 July assassination plot. 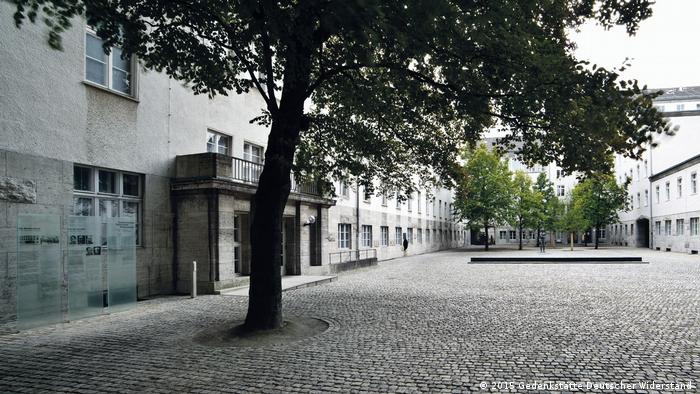 Big raindrops fall from the sky, the air is surprisingly cool for mid-July. It is only 2 p.m. and the sun remains hidden behind gray clouds; only occasionally does a weak ray briefly emerge from behind the clouds. Gray is also the color of the Bendlerblock, the building in Berlin-Tiergarten that houses the German Resistance Memorial Center.

In the expansive inner courtyard of the Memorial Center, a small group of teenagers is looking at an information board. They're reading a passage about the July 20, 1944 plot, the day of the unsuccessful attempt to assassinate Adolf Hitler. One of the teenagers is telling his friends that he recently saw a movie starring Tom Cruise which was set inside this very courtyard and which depicted the events of that day.

A place of remembrance

Housing the German Resistance Memorial Center inside the Bendlerblock was a conscious choice: The inconspicuous seeming building complex was the headquarters of the German military during the Nazi dictatorship. It was from here that Claus Schenk Graf von Stauffenberg and his fellow resistance fighters planned their assassination attempt on Hitler, which aimed to kill Hitler with a bomb in the Wolf's Lair, the Führer's military headquarters. After it had become clear their plot had failed, Stauffenberg and three of his closest allies were executed in the inner courtyard of the Bendlerblock building. 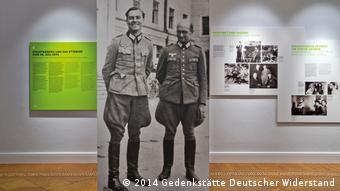 This direct connection to the historic site is of fundamental importance, says Johannes Tuchel, head of the Memorial Center.

"Most tourists who come to visit us here are interested in the historical site. They want to know what happened here on July 20, 1944. However, our exhibition is much more extensive, it provides information about the entire spectrum of German resistance to the Nazi regime."

"Therefore, we call to you: Let not your free will, the most precious thing you possess, be taken away": These words were written on a pamphlet by Helmuth Hübener in 1941, urging his fellow countrymen to take stand against Nazism. Hübener, who was sentenced to death by the Nazis in 1942 at the age of only 17, is one of the lesser known resistance fighters in German history.

Visitors to the center can learn about him and hundreds of other resistance fighters. A walk through the exhibition leaves no doubt about how broad the spectrum of resistance was, despite the relatively small number of people who dared to actively fight against the Nazi regime.

Visitors from all around the world

Inside the exhibition, I spoke to a group of young tourists, among them two Mexicans, a Japanese woman and a young girl from London. They told me that they had already learned about the topic of German resistance at school. What they weren't aware of, though, was the scale and diversity of the opposition.

"I didn't know that so many young people, school children and students, were involved in the resistance. Some of them even went as far as to risk their lives because they were convinced they were doing the right thing," says Katherine, the girl from London, who's currently in a language school in Berlin. 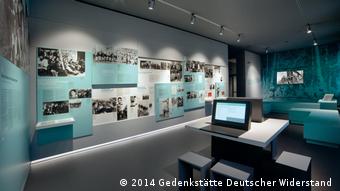 The uprising of the youth, a lesser known chapter of German resistance

Films and novels play a large role in shaping tourist's understanding of historical events. "It's my first time in Germany," says Gabriel, who studies mechanical engineering in Mexico City.

"[This] is why I watched a lot of films about the Second World War, the Third Reich and German resistance fighters. It's a bit surreal now to actually see all the places I've so far only encountered in films."

Most visitors agree that resistance fighters like Stauffenberg and Hübener were heroes of German history. "I like that there's a museum dedicated to these people. They risked their lives at a time when not many people were willing to swim against the tide," says Kumiko, the tourist from Japan, who's already on her second trip to Berlin.

But this positive image of German resistance was not a matter of course, according to the center's director, Tuchel. "It's true that the memorial in the courtyard was inaugurated in 1953, but German resistance was still viewed negatively, something that persisted for quite a while. It took a long time for resistance movements in Germany to be appreciated by the German public. Abroad, it took even longer, sometimes as late as the mid or late 1990s." 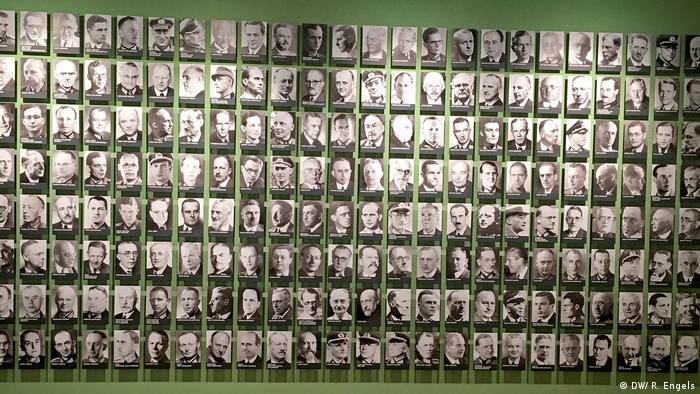 The struggle against the Nazi regime had many faces

In the years after 1945, there was initially no official remembrance of the German resistance; in the public perception, those involved in the resistance were still regarded as "traitors" or "oath breakers." It was clear to many resistance fighters that their historical legacy would initially not viewed positively. Stauffenberg was already aware of this because he said to a female comrade-in-arms shortly before the July 20 assassination attempt: "It is time that something was done. Whoever dares to act, however, must be aware that they are likely to go down in history as traitors."

It was only in the mid-1950s that public perception slowly began to change and that resistance fighters were seen as heroes. The center's current exhibition "Ihr trugt die Schande nicht…" ("You did not bear the shame…") deals with the history of perception to the German resistance.

Today, 75 years after the July 20 plot, there's no lack of interest in the topic. On the contrary: Last year the Memorial registered more than 120,000 visitors and counting. After my visit there, I can easily see why.