Berlin has publicly commemorated Georg Elser with a ceremony a new monument in his name. Georg Elser planted a bomb in an attempt to assassinate Hitler 72 years ago. 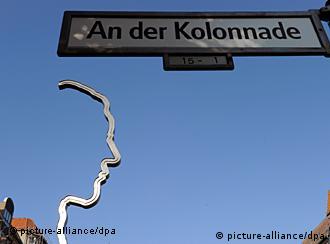 He planned everything down to the last detail.

For months before his attempted assassination on Adolf Hitler - on November 8, 1939 - Georg Elser had collected explosives and fuses, sharpened pieces of metal, constructed a model for a time bomb and even experimented with explosives in his parents' garden.

In August 1939, the trained carpenter from Württemberg went to Munich and, living on his meager savings, waited for the right moment.

Elser spent many evenings at the Bürgerbräukeller. He would eat a simple meal and wait for the last guests to leave. Then, bit by bit, for thirty nights, he worked at hollowing out a column in the beer hall basement, where he ultimately placed his explosives and detonator.

It was a column that meant to rain down on Hitler in an explosion.

Ever since his failed coup - the Beer Hall Putsch of November 9, 1923 - Hitler had come to the Bürgerbräukeller every year on the eve of the anniversary to make a passionate speech. Elser wanted the one in 1939 to be Hilter's last. He would kill the dictator, whose Wehrmacht had invaded Poland just two month earlier.

Worried about the future 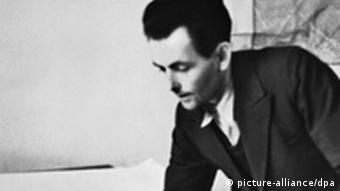 Elser was meticulous in his planning

It was a mighty plan for such a modest person. But Johann Georg Elser had rejected National Socialism from the start and was worried about the outbreak of another major war.

That was why he was so careful in planning his assassination attempt. He considered the best route for escape after planting the bomb in the Bürgerbräukeller and how he could easily reach Switzerland. The detonator's timer was set and Elser left Munich as planned, without being suspected.

But Elser's scheme went awry when Hitler ended his speech earlier than planned and left the Bürgerbräuhaus. Less than a quarter of an hour later - at 21:20 - Elser's bomb exploded. The explosion killed eight people and injured many more, but not Hitler. There, where the dictator had stood moments before lay a heap of rubble.

Arrested at the border 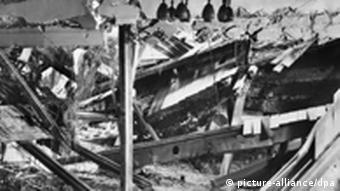 Munich's Bürgerbräukeller after the explosion in 1939

Meanwhile, Elser had been arrested by chance by customs officers in Konstanz as he tried to enter Switzerland. Only later did they link him to the assassination attempt and hand him over to the secret police, the Gestapo. Interrogations by the Gestapo in Munich and Berlin, which included severe torture, ended in Elser revealing his motivations. Records of the interrogations were found in 1964, and Elser's statement "I wanted to prevent the war" became his most famous.

Yet the courageous carpenter's actions were often misinterpreted. Opponents of the NS regime believed that the attack on Hitler was orchestrated by the Nazis themselves to bolster support and belief in the powers of the "superhuman" and "invincible" Führer, Adolf Hitler.

And not only did the Nazi press condemn the assassination attempt, but the Soviet government also expressed to the German embassy in Moscow its outrage over the "heinous" attack. 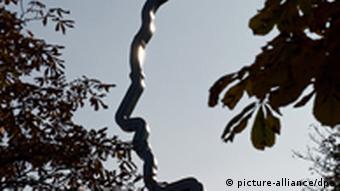 Elser was held as a "special prisoner" for six years in complete isolation in the Sachsenhausen and Dachau concentration camps. Hitler then had him shot days before the end of World War II. For years, Elser's family knew nothing of his fate, having to defend him against accusations that he was an instrument of the Nazis.

Even long after the war, Elser was not honored by other so-called conspirators - such as Claus Schenk Graf von Stauffenberg and others involved in a 1944 attempt to assassinate Hitler.

It was decades later that the "lonely, would-be assassin" - as Elser was dubbed - gained recognition as a member of the resistance.

Now, biographies have been written and films made about him, streets, squares and schools have been named after him, and an award for moral courage is given in his name.

Berlin can now also boast a 17-meter-(56-foot)-high sculpture created to commemorate him. Designed by artist Ulrich Klages, it has been erected near the former Nazi headquarters at Wilhelmstaße/An der Kolonnade - not far from the spot where Georg Elser was interrogated and confessed to his courageous act.

Georg Elser, a Swabian carpenter who tried to kill Hitler with a bomb in 1939, is to get a monument erected in his honor in Berlin. On Thursday, the artist and politicians laid the foundation stone for the sculpture. (15.09.2011)

Wednesday marks the 67th anniversary of Claus Schenk Graf von Stauffenberg's attempt to assassinate Hitler. While some question whether he acted out of altruism, most Germans are taking a positive view. (20.07.2011)

Ceremonies marking the anniversary of the failed attempt to assassinate Adolf Hitler will be held at sites around Berlin on Tuesday, as Germany remembers the attempt that came closest to killing the Nazi leader. (20.07.2010)