Would-be Hitler assassin honored with a major Berlin monument | Germany | News and in-depth reporting from Berlin and beyond | DW | 15.09.2011

Georg Elser, a Swabian carpenter who tried to kill Hitler with a bomb in 1939, is to get a monument erected in his honor in Berlin. On Thursday, the artist and politicians laid the foundation stone for the sculpture. 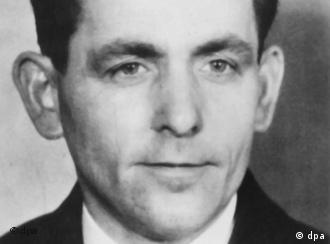 Elser was killed in the Dachau concentration camp in 1945

A new monument in Berlin is set to honor Georg Elser who tried to kill Hitler with a homemade bomb in 1939.

The monument will be the first major memorial to the would-be Hitler assassin, a carpenter from the southwestern German region of Swabia.

The sculpture is to be erected where Hitler's chancellery once stood, before it was razed to the ground by the Soviets after the war. It is also close to where the headquarters of the secret state police, or Gestapo, was located.

The artist who created the 17-meter tall steel sculpture, Ulrich Klages, laid the foundations for his artwork on Thursday. The completed statue will be unveiled on November 8, the 72nd anniversary of the assassination attempt. Klages won a Europe-wide competition for the 400,000-euro ($554,320) project. 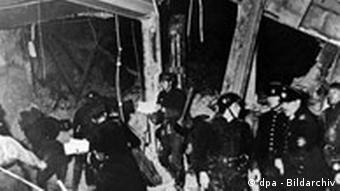 Elser tried to kill Hitler on November 8, 1939 with a homemade bomb in Munich's Bürgerbräukeller, a large pub that served as the venue for an annual speech by Adolf Hitler.

But Hitler left the crowded hall early and escaped the assassination attempt. Eight other people died, however, and many others were injured.

Elser was arrested while trying to flee into Switzerland. He was then held at the Dachau concentration camp before being killed on April 9, 1945, just a few weeks before the end of the war.

For many years after the war, Elser got next to no recognition for his attempt to kill Hitler, which was largely overshadowed by the 1944 Stauffenberg plot to kill Hitler. It was not until the 1990 that Elser was honored as part of the German resistance against the Nazi regime.

There are few other small monuments in Germany commemorating Elser and a number of streets and schools named after him.

Wednesday marks the 67th anniversary of Claus Schenk Graf von Stauffenberg's attempt to assassinate Hitler. While some question whether he acted out of altruism, most Germans are taking a positive view. (20.07.2011)