After just one day in zero gravity conditions, researchers found over 80% of cancer cells died in a trial. Now, their plan is to send them to space. The initial results confirm earlier findings from German researchers. 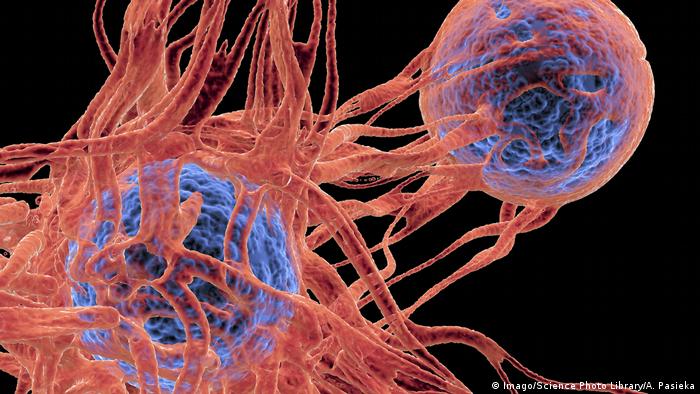 Australian researchers are planning to send cancer cells to space, after initial research on Earth suggests microgravity has a remarkable effect on cancer cells.

"A lot of people around me started getting cancer, and that really motivated me to investigate cancer cells," Joshua Chou, biomedical engineering researcher at University of Technology Sydney, told DW, saying he was prompted to test how cancer cells behave at zero-gravity following his previous research on how to prevent bone loss in space.

"There’s no way we can develop a silver bullet cure for cancer because everyone’s cancer is different and people react differently," he said. "But what I really wanted to know was: is there something these cancers have in common? That's why I put them in the microgravity device."

"We took four different types of cancer cells from different parts of the body — breast, ovary, lungs and nose — and put them in a microgravity condition. And what we found was that in 24 hours, 80 to 90% of these cancer cells actually died," Chou said.

Together with one of his students, Anthony Kirollos, Chou plans to send cancer cells to the International Space Station (ISS) in 2020. 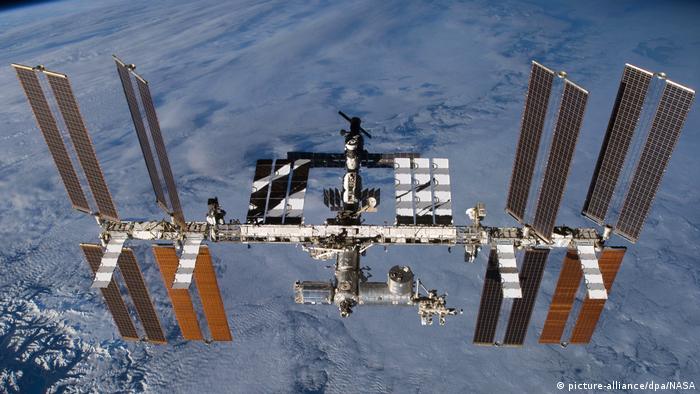 Australian researchers plan to send cancer cells to space in 2020

"We want to see if it is actually microgravity that’s having an affect on the cell, or could it be other things in space — like solar radiation?" he said. But such an endeavor is no easy task, Chou points out.

"We’ve had to develop a lot of these technologies ourselves," he said. "The engineering is already challenging, but actually keeping the cells alive and retrieving them from space will be really difficult."

Not the first time cancer cells sent to space

Another scientist well-acquainted with such challenges is Daniela Grimm, a professor of gravitational biology and translational regenerative medicine at the University of Magdeburg in central Germany.

In 2017, Grimm led an experiment testing the behavior of thyroid cancer cells in space. A tiny container housing thyroid tumor cells was launched aboard the Chinese Dragon spacecraft.

"This [new research] is great, it’s a confirmation of our research results — especially since the Australian researchers have looked at other types of cancer," Grimm told DW.

Only at zero-gravity do cells die via "programmed cell death"

For about two decades, researchers have been investigating how cells develop into three-dimensional cell clusters — so-called spheroids — at microgravity. Their properties are far more similar to those of tumors in the human body than those of cell cultures that can only be cultivated in the laboratory in 2D — so-called cell turf.

These spheroids are used in the search for biomolecules to which an active substance can bind. The spheroids contain many different proteins that trigger programmed cell death, among other things.

In healthy cells, this biological suicide command ensures that old or damaged cells die. In tumor cells, however, this important cell death is no longer effective. The diseased cell lives on and divides, and the cancer proliferates.

The aim is to develop drugs that stimulate or inhibit proteins — which will require further research in microgravity.

At least 33,000 people succumb to cancer annually in Kenya. Affluent politicians are flocking to India for therapy, due to a lack of adequate facilities at home. Kenyans now want the disease declared a national disaster. (01.08.2019)

The number of plaintiffs in the US claiming they are contracting cancer after using the weedkiller Roundup has leapt to over 18,000. German company Bayer admits it's facing a "challenging environment." (30.07.2019)

Your mother always said they were good for you. She was right. Researchers have found that these cruciferous vegetables contain a molecule with the ability to block cancer-causing genes. (16.05.2019)