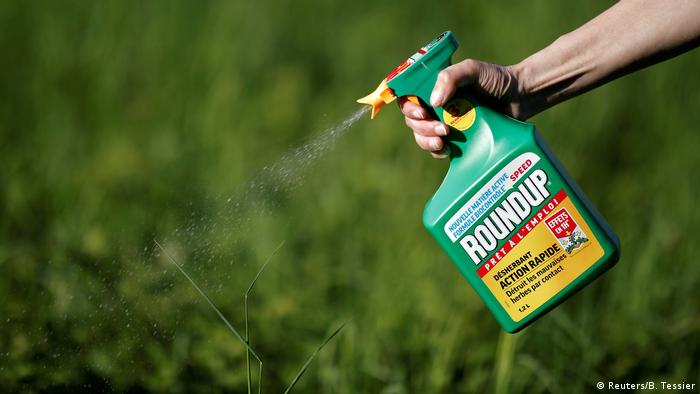 German agrichemical giant Bayer said on Tuesday that it is now facing some 18,400 legal cases in the US over glyphosate, a controversial ingredient that plaintiffs say poses serious health and environmental risks.

"As of July 11, 2019, lawsuits from approximately 18,400 plaintiffs had been served in the United States in connection with the crop protection product glyphosate," Bayer said in a statement. In April, the number of cases stood at 13,400.

The lawsuits have turned into a major problem for Bayer since its $63 billion (€56.5 billion) acquisition of US seeds and pesticides maker Monsanto last year, one of the largest foreign takeovers ever by a German company.

Bayer has since lost three consecutive cases in California courts, which ruled that blood cancer non-Hodgkins lymphoma had been caused by glyphosate-containing products, including Monsanto's flagship Roundup weedkiller.

In post-trial revisions of the verdicts, judges have stopped short of overturning jury decisions while reducing damages awards.

Last week, a spectacular $2 billion payout was slashed to $87 million in the case of California couple Alva and Alberta Pilliod.

Bayer's share price has been hit hard by the legal setbacks. The company's total market value is now less than the price it paid for Monsanto last year.

Bayer "continues to believe that it has meritorious defenses and intends to defend itself vigorously" before America's appeals courts, the company said.

The "challenging environment," however, has put pressure on Bayer's business outlook, the company said. Its net profits already fell 49.1% year-on-year to €404 million ($450 million) in the second quarter.

The cases against Monsanto rely on assessments of Californian health authorities and a 2015 finding by the International Agency for Research on Cancer that the chemical probably causes cancer.

But in April, the US Environmental Protection Agency (EPA) reaffirmed that the active ingredient found in Roundup is safe.