German chemicals giant Bayer held its first shareholder meeting since it acquired US company Monsanto. Frustration over the Monsanto deal and Bayer's falling share price led shareholders to vote against Bayer's board. 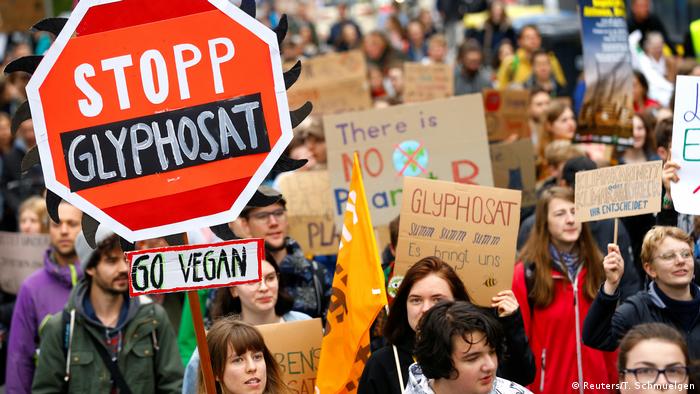 Dull moments are rare things before Bayer shareholder meetings, with vociferous protests by environmental pressure groups and associations representing patients being the rule rather than an exception, as DW correspondent Ashutosh Pandey confirmed on Twitter.

But this year, things are different in that the company's largest shareholders are angry, too. Inside the Bonn Conference Center, the venue of the Bayer AGM on Friday, investors were fuming.

"Bayer has choked on Monsanto," said Ingo Speich of German lender Deka bank. "The company risks being taken over and dismantled." Mark Tuemmler of investors' federation DSW said 2018 was "a nightmare for shareholders."

Bayer's share price fell last year by around 40% percent following its $63 billion (€56.5 billion)  takeover of Monsanto in June — the biggest in German history. At €57 billion ($63.5 billion), its market capitalization is little higher than the price it paid to acquire Monsanto in the first place.

Questions about Bayer's management led shareholders to withhold support for the company's board in a non-binding vote. A surprising 55.5% of shareholders said they had no faith in the management's decisions. Last year, Bayer's board received about 97% support from shareholders.

The approval rating for Bayer chief executive Werner Baumann is lower than the 61% rating Deutsche Bank CEOs Anshu Jain and Jürgen Fitschen had before they resigned from their positions at the German bank.

Opening the meeting, Baumann had acknowledged that some 13,400 US lawsuits relating to glyphosate and initial unfavorable judgments against Bayer "are placing a heavy burden on our company and worrying many people." Last year's share price plunge was driven by the first of two jury rulings so far that have awarded plaintiffs — cancer patients who had been exposed to glyphosate over long periods — $80 million each.

Baumann complained that such decisions had been based on a 2015 finding by the World Health Organization arm IARC that glyphosate "probably" causes cancer. "We remain convinced of the safety of glyphosate," the CEO said, recalling regulators worldwide found no new evidence that the pesticide causes cancer in reviews prompted by the IARC judgment.

Regarding the two cases already heard, Bauman said he remained "optimistic that the next higher courts will reach different verdicts," and called for "decisions based on scientific analysis, and not on emotions."

The business case for the merger remained as strong as ever, he assured investors, with the merged companies now operating "leading businesses in chemical and biological crop protection, in conventional and biotech seed, and also in digital farming." 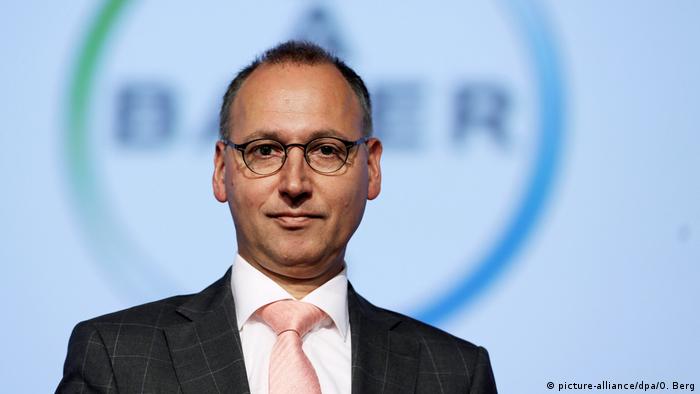 If faith in management's policy remains low, some heads are likely to roll. During the meeting, CEO Baumann was eager to point to the company's successes of the past year. And he reiterated the group's targets, including its pharmaceutical and over-the-counter medicines units, to increase sales 4%, to €46 billion in 2019, with an operating profit before special items of €12.2 billion.

But the emphasis is on operating business, which does not count any one-off effects — such as the $63 billion (€56.5 billion) for the takeover of Monsanto and the huge litigation costs in the US. The initial costs for the restructuring program that will see 118,000 jobs go by the end of 2021 aren't a part of the operating business either.

Bayer's quarterly earnings report can thus be read differently. While revenues soared by 42% after the takeover, bottom-line earnings dropped by a third.

Shareholders attending the AGM were not just looking at recent quarterly results, but at the stock price. That has more than halved in recent years, dropping from $160 in April 2015 to the current $69.

Taking the term of the current Bayer CEO Baumann alone, the picture is grim. When he took over in May 2016, the stock was worth almost $111. Ten days later, the first whispers about Monsanto started and within two weeks of that, Bayer had made an offer. In that time alone, the share price lost almost 20%. 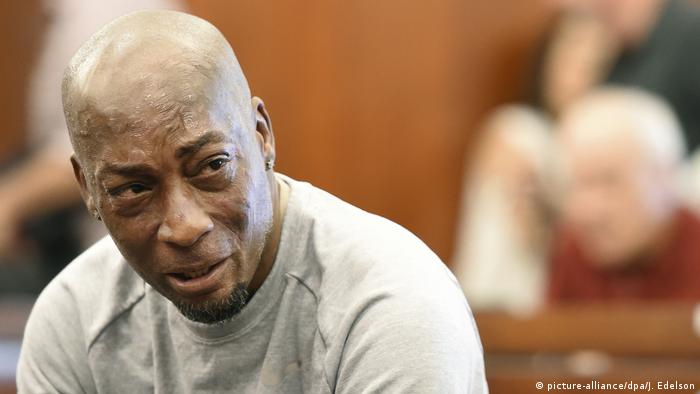 Dewayne Johnson, who was ill with cancer, was awarded millions in damages against Monsanto

When US courts awarded damages of around $80 million to a man whose cancer was linked to his use of Monsanto's glyphosate-based weed killer Roundup, the share price continued to fall.

Through the Monsanto acquisition, Bayer became the leading agrochemicals group in the world. The board remains convinced that there is a lot of money to be made from this in the next few years. That may well be true — after all, the question of how to feed a growing world population becomes more pertinent by the day.

However, at the moment the company is worth less than the total Bayer paid for Monsanto. That points towards the jitters of investors and their fears over just how much the situation with Monsanto customers in the US will ultimately cost the company.

The weak share price has hit CEO Baumann directly. His pay fell by $446,000 to $6.2 million last year, as a portion of his salary is linked to stock options. But his loss would have been more had the supervisory board not jacked up his bonus by 28% to $1.9 million. This kind of largess is another thing that has annoyed shareholders.