Bayer's subsidiary Monsanto is expanding production of genetically modified seeds in Chile, prompting an outcry from environmental groups. The Latin American country is a leading exporter of seeds worldwide. 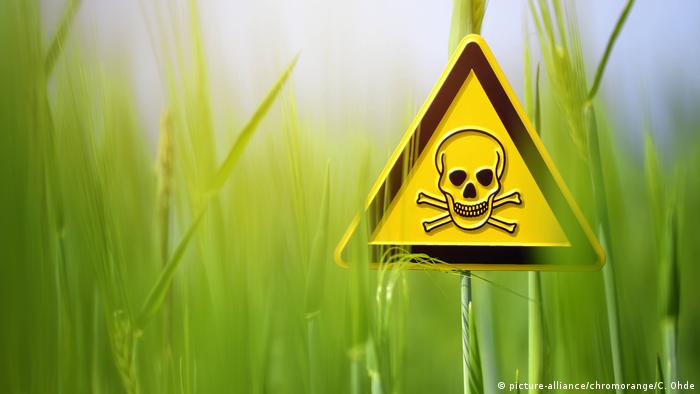 "Fuera Bayer-Monsanto de Chile" (Bayer-Monsanto out of Chile) is written on the colorfully painted posters held by protesters on the streets of Chile's capital.

Santiago is one of 30 cities worldwide where thousands of demonstrators took to the streets on May 19 in an international "March Against Monsanto," demanding an end to the use of toxic pesticides and genetically modified seeds in agriculture.

Only a few days earlier, a US court had ordered the pharmaceutical giant Bayer to pay more than $2 billion (€1.79 billion) to an American couple who claimed glyphosate-based Roundup weed killer caused their cancer. Chile is an important industrial location for Bayer, but even here critical voices are getting ever louder.

About 50 kilometers (31 miles) south of Santiago are the two largest seed production factories in Chile. In September 2018, shortly after the German company acquired Monsanto, Bayer Crop Science announced the modernization of its plant in Viluco. It's the only vegetable seed factory in South America and one of the company's three major factories worldwide.

"We want to modernize the technology and processes so that the factory meets the standard of the factories in the Netherlands and the United States," Yuri Charme of Bayer Crop Science told the Chilean press at the time. The project, named "Demand Fulfillment," would increase seed production by 20% and enable Chile to meet 70% of the demand for the product in the region in the near future, said Charme.

"The project is important for the company and for the country because it positions Chile in the avant-garde of innovation in the agro-industry," he underlined.

Chile is already the leading exporter of seeds in the southern hemisphere and the world's fifth-largest seed exporter, according to data from the International Seed Federation (ISF). The country exported $338.5 million worth of seeds in 2016-17; one-fifth of it was genetically modified, said the industry association ChileBio. An advantage for the seed business in Chile is that the seasons there are opposite to those in Europe. 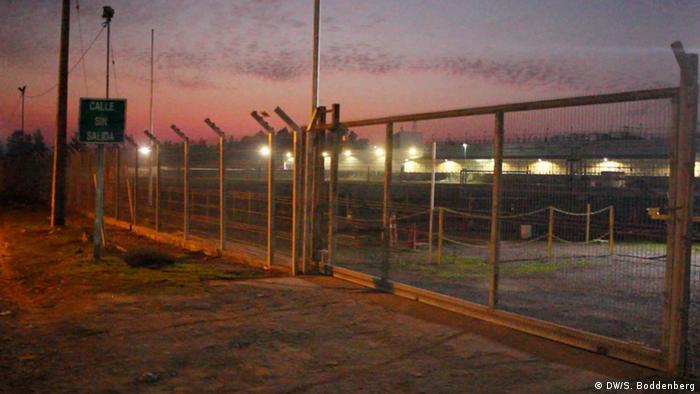 The vegetable seed processed at the Viluco factory accounts for only a small proportion of seed exports. Much more important are corn, soya and rapeseed seeds, which are processed in another factory located in the rural community of Paine, just a few kilometers south of Viluco.

The majority of the population here lives from agriculture. In 2016, even before its merger with Bayer, Monsanto had announced the expansion of the factory. To oppose the company's plan, a group of citizens in Paine founded the Paine Defense Committee.

"The largest seed processing factory in Latin America is currently being built here. There are no studies on its impact on the environment. The politicians gave approval to the project without seeking the public's opinion," Camila Olavarria, the committee's spokeswoman, criticized.

The members of the committee fear contamination of local seeds by cross-pollination. They say that pollen from fields with genetically modified plants could contaminate neighboring fields, particularly in the case of rapeseeds as its pollen can fly up to three kilometers.

The cultivation of genetically modified rapeseed plants is prohibited in the European Union. In Chile, however, cultivation is permitted for research purposes and for export. According to ChileBio figures, in the 2017-18 growing season, around 13,900 hectares in the country were planted with genetically modified seeds, 56% of which were maize, 27% rapeseed and 17% soya.

Activists say the only way to prevent cross-pollination would be to maintain a sufficient isolation distance between the fields. In Chile, however, no distance is prescribed.

Olavarria believes that the seeds in Paine have already been contaminated: "Most of the seed beds here are genetically modified. Bayer-Monsanto gives the local farmers seeds that they sow on their land and then they have to return some seeds, which are then processed in the factories in Paine and Viluco, and exported," she explained. "The farmers get the seeds together with a package of toxic pesticides like Roundup." 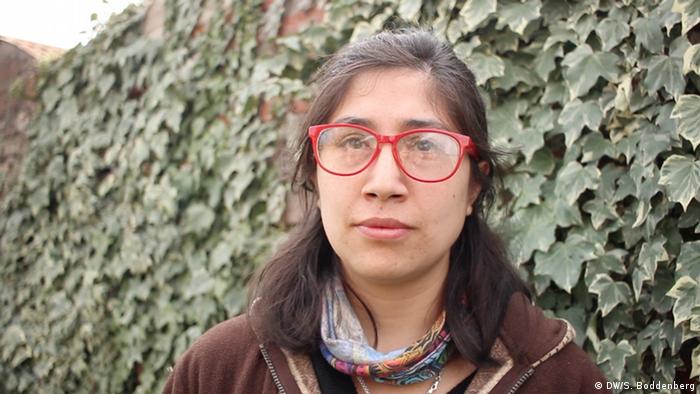 Roundup is the brand name of Bayer's weed killer glyphosate — it's the best-selling herbicide in Chile. In March 2015, the International Agency for Cancer Research classified glyphosate as "probably carcinogenic."

Camila Navarro, also a member of the Paine Defense Committee, says she has observed changes in Paine. "More and more people are suffering from cancer. It's not just farmers, but also seasonal workers and people living near the fields that are increasingly affected."

She added that children of seasonal workers are increasingly suffering from speech disorders and cognitive impairments, while pregnant women working in the fields face frequent miscarriages or fatal malformations in newborns.

However, there are no official studies confirming the link between the use of the pesticide and the health effects.

Cancer is the second leading cause of death in Chile. Every year, there are 45,000 new cases of cancer, according to the Chile's ministry of health. A Chilean pesticide action network has been calling for a ban on glyphosate in the country.

"Bayer and Monsanto are not welcome in Chile. The cultivation of genetically modified plants and toxic pesticides harm the environment and endanger the health of the population," said Lucia Sepulveda, a member of the network. She is also a spokeswoman for a citizens' movement against free trade agreements.

The free trade agreement that Chile is currently negotiating with the European Union and the Trans-Pacific Partnership (TPP) deal, under discussion in the Chilean Senate, would require Chile to sign the so-called UPOV-91 Agreement, which aims to privatize seeds. "We are trying to raise awareness among the people about these issues so that we can eventually ban companies like Bayer and Monsanto from our country," said Sepulveda. 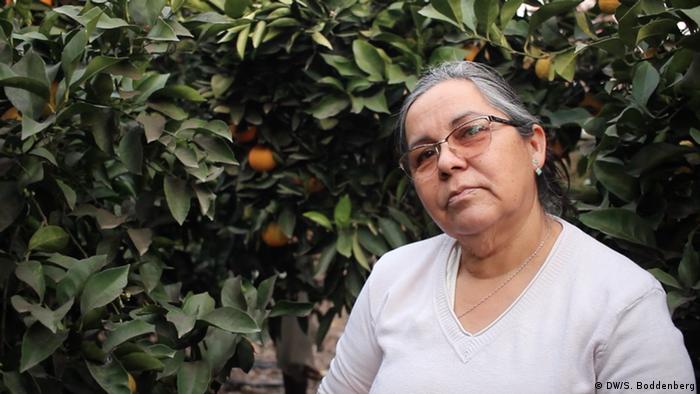 'Most farmers here find themselves in a situation of dependence,' says Margarita Celis

This is not an easy task as many residents in the vicinity of Bayer-Monsanto's seed factories are afraid to criticize the company, said Margarita Celis. She is an organic farmer and sells her products in the local market. She says she cannot afford the government's organic seal.

Although she does not use pesticides and sows local seeds, it is possible that her products are genetically contaminated as genetically modified crops are grown just a few kilometers away from her field.

"This is about money," she said. "Most farmers find themselves in a situation of dependence. The company sells them the whole package, seeds and pesticides. They have been lured with the promise of more profit. But it is only now that the farmers are realizing the damage that has been done."

Bayer Chile did not respond to DW's request for comment about the accusations leveled against the company by the citizens of Paine. The company merely sent a statement through an external agency indicating that the use of glyphosate "has had no effect" on public health.

German chemicals giant Bayer held its first shareholder meeting since it acquired US company Monsanto. Frustration over the Monsanto deal and Bayer's falling share price led shareholders to vote against Bayer's board. (26.04.2019)