Yücel on trial: A timeline of his year spent in Erdogan′s prisons in Turkey | Germany | News and in-depth reporting from Berlin and beyond | DW | 28.06.2018

Yücel on trial: A timeline of his year spent in Erdogan's prisons in Turkey

In 2017, a journalist from Germany's Die Welt reported to Turkish police for questioning and spent the next year behind bars without charge. His trial over terrorism and incitement charges begins in Istanbul on Thursday.

February 14, 2017: Deniz Yücel, the Turkey correspondent for the German daily newspaper Die Welt, goes to Istanbul's police headquarters to answer questions from investigators. Like other international journalists, the 43-year-old had reported that the Turkish energy minister's email account had been hacked. On arriving at the police station, Yücel, who has dual German and Turkish citizenship, is taken into custody. At first, the reasons are unclear.

February 27: A court issues an arrest warrant for Yücel. He is detained indefinitely, initially at Istanbul's Metris prison. He is accused of sedition and using "terrorist propaganda to incite the population." Articles by Yücel on the Turkish government's conflict with the Kurdish minority, and the failed coup attempt of July 15, 2016, are mentioned by the judge. Preliminary detention in Turkey can last up to five years. March 1: Yücel is transferred to the Silivri maximum security prison. Shortly afterward, his lawyers lodge an objection against his pretrial detention.

March 14: Yücel is put in a 16-square-meter (172-square-foot) cell. He details his experiences to Die Welt through his lawyers. "Solitary confinement is almost like torture," he writes. "I can only see a 6-meter-high (19.6-foot) wall through the window. I can only see the sky through the barbed wire fence." Once a week, he is allowed to receive visitors, but only his closest relatives, for "one hour behind a glass partition," Yücel writes.

April 4: Germany gains consular access to Yücel for the first time. In September, however, Turkish authorities forbid Germany's Foreign Ministry from seeing Yücel again. "We do not understand why it cannot be possible for our consul general to visit Mr. Yücel and the other German prisoners in Turkey on a regular basis," Foreign Ministry spokesman Martin Schäfer says. He adds that Germany might consider legal action. But, he continues, years could pass before a judgment. 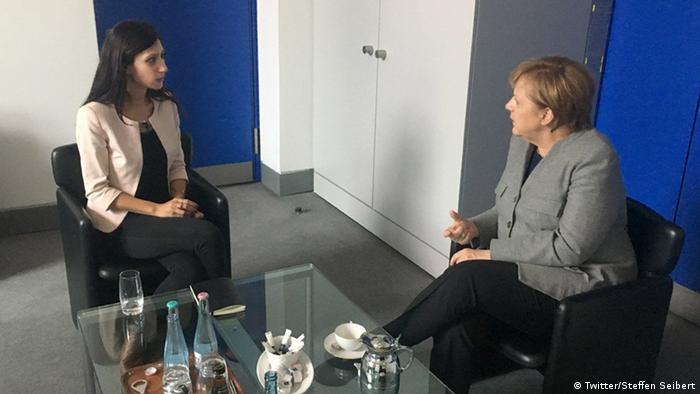 September 10: On Yücel's 44th birthday, a parade of cars and bicycles is held in Berlin. The demonstration calls for the release of journalists imprisoned in Turkey. 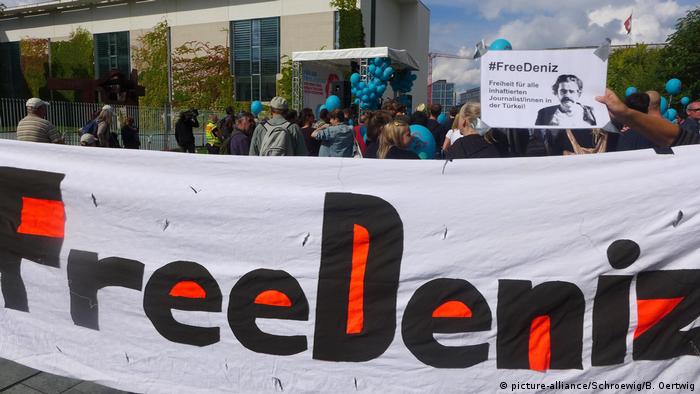 December 13: Yücel's solitary confinement ends. He is transferred to a cell with access to the prison yard. Media report that Yücel is imprisoned with another journalist. There is access from their cells to the common courtyard during the day. According to the Sunday edition of Welt, Yücel is allowed to receive a 60-minute visit from close relatives once a week. Otherwise, only his lawyers are permitted to visit him. What he can receive in the post is restricted, and he is not allowed to send any mail himself.

January 17, 2018: Yücel refuses to become a pawn for Turkey in Germany's efforts to bargain for his release. "I'm not available for dirty deals," he tells the press agency dpa in an interview transcribed by his lawyers. He does not want his freedom to be "tainted with Rheinmetall's tank deals or the hustle and bustle of any other comrades-in-arms." A few days earlier, Foreign Minister Sigmar Gabriel had said that, although Turkey is a NATO partner, Germany's government continued to refuse to approve a large number of arms exports. "It will remain so as long as the Yücel case is not resolved," Gabriel said.

February 1: Germany's government submits its statement on Yücel's case to the European Court of Human Rights, charging that he was arrested on the basis of his news coverage. "Any suppression of objective reporting is incompatible with our understanding of press freedom," Justice Minister Heiko Maas tells Die Welt. "We will leave no stone unturned in our efforts to advocate a process under the rule of law for Deniz Yücel," he adds.

February 16: The German Foreign Ministry confirmed that Yücel was to be released a day after Turkish Prime Minister Yildrim promised Angela Merkel there would be "movement" on the case.

June 28: The trial against Yücel on terrorism and incitement charges begins in Istanbul. In an interview for Welt in March, Yücel left it open as to whether or not he would attend. But in the run-up to the trial, his lawyer, Veysel Ok, told DPA that Yücel would not be present.