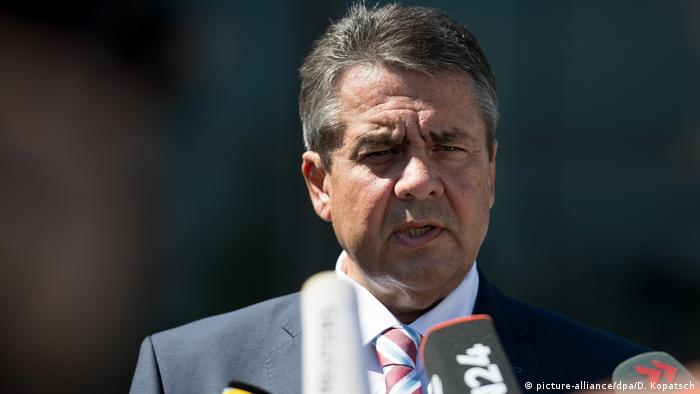 Sigmar Gabriel was not personally offended after being called a racist by Omer Celik, Turkey's Minister of EU Affairs. But, the foreign minister told the newspaper Bild, he was angered when the Turkish administration called his country "Nazi Germany."

"That was just insulting," said Gabriel, who also serves as Angela Merkel's vice chancellor. "I can hardly even take such a comment seriously."

Gabriel told the newspaper that he wanted to convey that Germany has no problem with Turkey or its people. But, he said, Germany cannot accept the policies being pursued by Turkey's current government, led by President Recep Tayyip Erdogan. 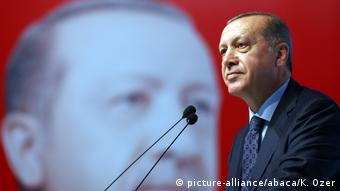 Erdogan has engaged in a war of words with German officials

The foreign minister also took exception to what he said were attempts by Erdogan to divide Germany by fomenting discontent among Germans of Turkish heritage.

"This must be clearly stressed, especially with regard to the people with a Turkish background who live in Germany," Gabriel said. "These are people to whom we owe a great deal, these are citizens of our country, and I don't care whether they have a German passport or not. They belong to us. And what I don't want is for Erdogan to continue to try to divide our society. This is why I am not critical of Turkey itself, but the politics that are going on there."

When asked about the prospect of Turkey's joining the EU in the future, Gabriel said: "Erdogan and his government are removing themselves, with enormous haste, from everything that constitutes Europe. But how should a country that limits freedom, that puts innocent people in jail and represses the opposition ever join the EU?"

Gabriel went on to say that he believes that Erdogan doesn't even want to join the EU. "He doesn't take the accession talks seriously," Gabriel said. "The only thing we are not going to do is to call things off from our side. He can do that himself. I don't want to help him pursue his provocations. But, of course, it's clear that Turkey, in this situation, will never be joining the EU."

Yet, Gabriel said, Turkey would always be a valued member of NATO - if only to prevent the country from permanently severing ties with the European Union and forming a closer alliance with Russia.

"We have to remember that Turkey will still go on after Erdogan," Gabriel said. "We must just focus on getting through this period, without letting ourselves be attacked or humiliated. But I would never suggest that we dismiss Turkey." 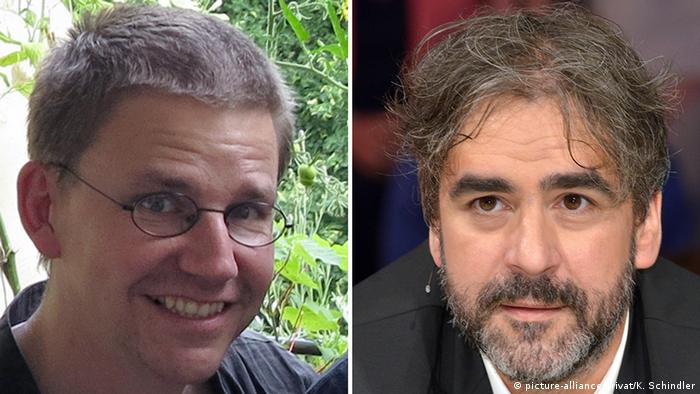 Gabriel said he believed that Germans held in Turkey's jails - such as the journalist Deniz Yücel and the rights activist Peter Steudtner - are being used as political pawns. The purpose behind their detention is to incite nationalism and give the impression that Turkey is under attack from foreigners.

The foreign minister also repeated the German government's warning on traveling to Turkey, saying people should think very carefully before they go on holiday there. "For the Turkish government," Gabriel said, "anyone who doesn't agree with Erdogan is a terrorist."

How will Turkish Germans vote in the country's upcoming election?

Around 1.2 million people in Germany with a Turkish background are eligible to vote. Historically, most have voted for the Social Democrats. How will the diplomatic row between Ankara and Berlin affect their choice? (24.08.2017)