The Turkish president has called on Turks living in Germany to not vote for "enemies of Turkey." Will his call be heeded or ignored? DW's Christoph Ricking went to the heart of Cologne's Turkish neighborhood to find out. 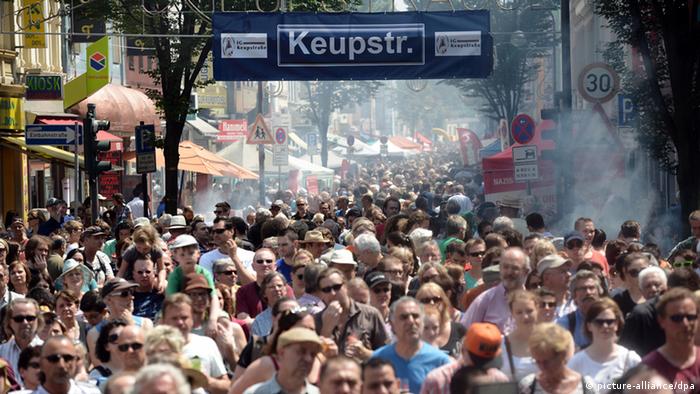 Cologne's Keupstrasse, the main street for Turkish life in the city's Mülheim district, bustled with Monday morning business activity: trucks made shop deliveries, stores opened their doors, customers and employees shared a smoke or a coffee outside of hair salons and betting halls. People chatted with one another, but very few wanted to talk about President Recep Tayyip Erdogan.

"It was really unfortunate of him," Beihan said. "If I'm not supposed to vote for the CDU, SPD or the Greens, then who am I suppose to vote for? The Free Democrats [FDP]? Or even the Alternative for Germany [AfD]?" 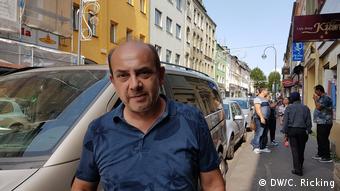 Beihan was one of few who was willing to speak about Erdogan. He called the president's words 'unfortunate.'

About 40 percent of Cologne-Mülheim inhabitants have non-German roots, and two-thirds of those have Turkish heritage. As relations between Germany and Turkey have gotten frostier over the past few months, such individuals have felt a growing conflict of allegiance.

The Erdogan guide to voting

Those relations took another turn for the worse when President Erdogan called on Germany's Turks not to vote for the Christian Democratic Union (CDU), Social Democratic Party (SPD) or The Greens – the nation's major parties – because they are "enemies of Turkey." Instead, they should vote for parties without stated "anti-Turkish policies." In the eyes of the Turkish president sees, it is a question of honor for his "citizens in Germany."

That statement didn't please Beihan. "Maybe Erdogan is speaking the truth, but he could say it more diplomatically," Beihan said. He is disappointed with the current state of affairs between Germany and Turkey. "We have to see to it that we get rid of these disagreements and then look forward," he said, adding that both countries need each other.

Not far away, Sedat Yildirim hastily heads towards the subway but pauses for a moment to share his clear opinion of the Turkish president. "He shouldn't be meddling in the election. The guy isn't normal."

In Yildirim's view, many voters with Turkish roots are susceptible to Erdogan's influence. "Look at these people here," he said. "They came here in the 1960s from poor conditions to work. They aren't educated. They aren't intellectuals. That's good for Erdogan." 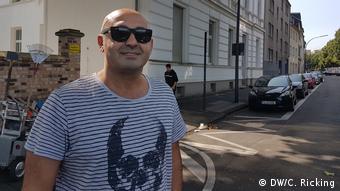 In Sedat Yildirim's opinion, the older generation of Turks living in Germany are likely to be influenced by Erdogan

Yildirim stands with Steffen Seibert, the German government's spokesperson who tweeted in response to Erdogan's voting recommendation that, "We reject all forms of meddling." Foreign Minister Sigmar Gabriel added that the Turkish president's comments were an "unprecedented act of interference in our country's sovereignty." Erdogan's behavior shows that he "wanted to stir up tensions between people in Germany," the minister added.

But not every Keupstrasse local shared this critical view of the Turkish president. Hakan B., who asked that his full name be withheld, was sympathetic to the president's statements - despite his Kurdish ethnicity.

"As a Kurd with a Turkish background, I listen to my president," he said. "I'll look into which party views Turkey as a friend and a NATO ally. That's the party I will vote for."

Hakan B. is furious with the German government. He sees Erdogan's accusations as justified and believes that Germany provides members of the left-wing and anti-Turkish Kurdistan Workers' Party (PKK) safe haven, as well as followers of Fethullah Gülen, whom Erdogan holds responsible for last year's failed coup against him. 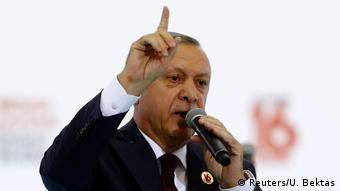 Longing for a return to normal

Many residents of this diverse neighborhood hope for a return to normal relations. They are weary of the ongoing tensions between Berlin and Ankara and tired of always having to take a political position when the two government's quarrel.

The area and its businesses go on with day-to-day life. What little indication of Germany's upcoming general election there is comes in the form of campaign posters hanging on lampposts. Here and there, the faces of Social Democrats and Left Party politicians look out at passersby. Green Party politicians or Angela Merkel and her CDU? Not a sign.

Erdogan tells German Turks not to vote for Angela Merkel