Erdogan tells German Turks not to vote for Angela Merkel 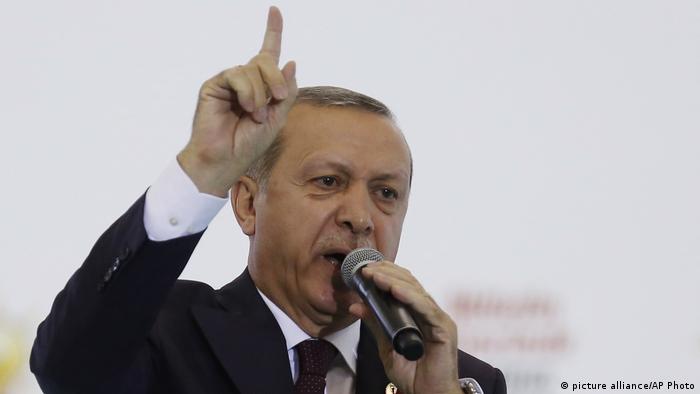 "I am calling on all my countrymen in Germany to not make the mistake of supporting them," he said, singling out Chancellor Angela Merkel's Christian Democratic Union, the Social Democrats and the Greens as "enemies of Turkey."

Instead he urged Turks to "support those political parties who are not enemies of Turkey," calling it a "struggle of honor."

Merkel sharply rebuked his remarks, rejecting Erdogan's "meddling" and pointing out that "German voters, including the ones with Turkish background, have a right to vote freely."

"We will not stand for any kind of interference," she said from a Friday campaign event in Herford, northwest Germany.

German Foreign Minister Sigmar Gabriel was also quick to condemn Erdogan's comments, telling the RedaktionsNetzwerk media group they amounted to an "unprecedented act of interference in the sovereignty of our country."

Relations between the two NATO allies have become increasingly strained in the wake of last year's failed coup in Turkey. One key point of contention is Ankara's jailing of German nationals - a journalist and a human rights worker - amid the thousands of people who have been arrested in a post-coup crackdown. Turkey, meanwhile, has accused Berlin of protecting suspects alleged to have played a role in the coup attempt.

"I call on them not to vote for those parties who have been engaged in such aggressive, disrespectful attitudes against Turkey, and I invite them to teach a lesson to those political parties at the ballot box," Erdogan said.

CDU leader Angela Merkel is running for a fourth term as chancellor in federal elections on September 24. Around one-third of the 3 million Turks living in Germany are eligible to cast votes.

Green party candidate Cem Özdemir was highly critical of Turkey in a DW interview. He said that Germany must end its "naive policies" towards Ankara. And he was very clear in his attitude towards Russian sanctions. (19.07.2017)

Gabriel wrote a letter to EU leaders slamming Turkish President Erdogan's politics and calling for the bloc to scale back its relations with Ankara. His statements underline an icy relationship with no thaw in sight. (04.08.2017)