Jan Bazuin wrote a diary about his experiences during the Nazi occupation of the Netherlands, including his time as a forced laborer. Now published as a book, his testimony will also inspire a new app. 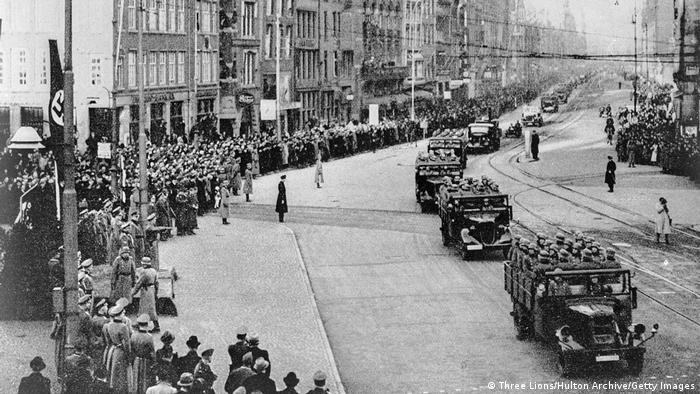 The Nazis occupied the Netherlands during WWII

"Hardly anything special happened today," Jan Bazuin wrote in his diary on Monday, November 20, 1944. It was the fifth year of World War II, and hunger, cold, and air raid sirens were nothing unique for the 19-year-old — just part of everyday life.

Bazuin's diary entries are short and concise, often consisting of only four sentences a day. Events are described soberly and without emotion.

According to historian Barbara Beuys, such unsentimental detachment could have been a coping method, a way for him to grit his teeth and survive another day.

Beuys researches the Nazi occupation of the Netherlands during World War II and has read many diaries from the era. In 2012 she wrote the non-fiction book "Living with the Enemy: Amsterdam under German Occupation 1940 to 1945."

Beuys has read the wartime diaries of Jan Bazuin, whose three notebooks were published in Germany at the end of February by publishing company C.H. Beck under the title "Jan Bazuin — Diary of a Forced Laborer."

The notebooks documented Bazuin's struggle for survival in Rotterdam and his deportation to the transit camp Dachau-Rothschwaige, where he worked as a kitchen assistant. While he mentioned the friendly company of his fellow Polish forced laborers, his diary remains almost exclusively focused on himself and his suffering; nowhere does he mention persecution of the Jewish population, though it is impossible to know why. 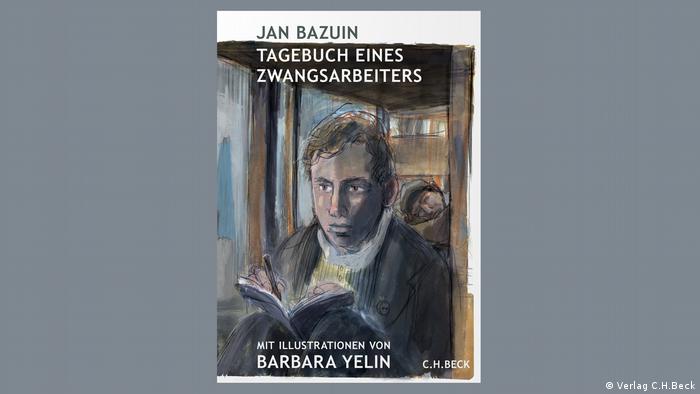 Jan Bazuin's son had the idea to publish his father's diaries

The inward-focused, matter-of-fact manner of Bazuin's diaries is one that Beuys has encountered in many other diaries over the course of her research.

"The attitude of young Jan Bazuin reflects the attitude of Dutch society," said Beuys, who explained that many Dutch simply tried to focus on going forward and not get caught up in what was going on around them. "You also read similar things in other diaries from the time, that it was quite terrible to have been invaded by the Germans, but that you had to try to deal with it pragmatically and realistically."

On May 10, 1940, the German Wehrmacht invaded the Netherlands, occupying the entire country. Rotterdam, Jan Bazuin's hometown, was bombed extensively. Over the next four years, the young man persevered in the city, in constant search of food and firewood.

"These days I have been searching for potatoes … They were days full of hunger, cold and misery. There were no potatoes to buy," Bazuin wrote of the period from November 27 to December 1, 1944.

A Holocaust survivor's fight against forgetting

Tensions within his family grew; his father threatened to have him picked up by the Germans if he did not move out. Finally, Bazuin, who had escaped an initial roundup, was conscripted as forced labor in Germany. What followed were 75 hours crammed into a freight car with nothing to eat or drink.

"What a night that was. One you never forget. Cold and wind, diseases and cursing … There are exactly 53 men in our wagon. Last night one of them had a nervous breakdown. Three were regularly dashing to the door because of dysentery [diarrhea]. Two boys, just 16 years old, cried all night," Bazuin wrote of the hellish journey from Rotterdam to Bavaria. "If you have never been afraid before, then you learn to fear in Germany."

Understanding the thoughts of his father

Bazuin returned to Rotterdam after Germany surrendered in May 1945, but his diaries remained unread for almost 65 years. They were eventually read by his son, Leon Bazuin, after Jan and his wife had died in 2001 and 2009 respectively. After reading them, Bazuin decided offer them to C.H. Beck for publication.

"My parents never talked about the war years. My father was able to put it all behind him. He got married, had a child. He was a very creative and positive person, everything always got better," Leon Bazuin told DW.

He never knew what his father went through during the war. "I was young and took little interest in it, until the moment I had my father's diary in my hands," he explained. 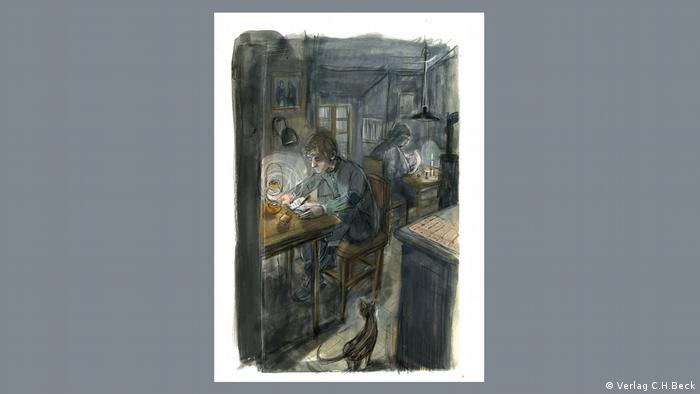 It took him a long time to read through the notebooks because the handwriting was not easy to decipher, he said. He didn't think his father's stories would be met with such great interest in Germany, so he was both surprised and overwhelmed when they were.

Bazuin was invited to the Munich Documentation Center for the History of National Socialism, where the book was presented for the first time. In the Netherlands, on the other hand, his father's diaries have received relatively little attention.

Beuys said that things are now starting to change.

"Last year, a huge monument was erected in Amsterdam with the names of all the victims. There has been some progress," she said.

Bazuin also believes progress has been made in discussing this dark period of history in the Netherlands.

Due to the success of the diaries in Germany, Dutch publishers have now also expressed interest in them. He would like to publish them in the Netherlands, and he believes this would have pleased his father.

"I think it would put a smile on his face. What my father wrote down was a testimony that I hope future generations will learn from," Bazuin said. "It's important that even if you're in a bad situation, you try to survive and make the best of it — and help out in situations when you can."

For the coming generations

The diary of the young Jan Bazuin could help interest Generation Z, people between 16 and 25 years old, in World War II history.

To this end, an interactive digital game entitled "Forced Abroad" was specially developed on the basis of the diary. Available as an app, it aims to give the young generation a different approach to the topic.

Beuys sees this approach as an opportunity for the younger generation, but she argues there needs to be more classification and explanations when publishing such diaries, such as when it comes to the topic of forced labor in the Nazi era.

"When Jan Bazuin left the Netherlands, forced labor in the German Reich had almost come to an end," Beuys explained. "What he describes as a forced laborer's life is not so terrible compared to what others had to experience in the years before."

Bazuin didn't have to work in factories and wasn't tortured. "That's where you'd have to add more context, classify it and explain the forced labor system in detail."

Beuys pointed out how in many places, the reader is often left alone without context, such as in a scene where Jan Bazuin visits a movie theater: "He writes enthusiastically about the film 'Opfergang' [Self-sacrifice]. Yet the glossary only explains that this film is by Veit Harlan," Beuys said.

The historian adds that there should have been a note explaining that Veit Harlan also made some of the most antisemitic Nazi propaganda films.

"In the film 'Jud Süß' [Süss the Jew], Jews are portrayed as absolutely depraved, sexually and morally. And that's the kind of background you have to share with the younger generation," Beuys said.

The glossary and afterword include a great deal of information. Yet there is a great need for younger generations to be educated about the horrors of the Holocaust and the Nazi era, according to a recent study by the Arolsen Archives, a German research center on Nazi persecution. It suggested that personal stories told in a visual format and with interactive elements could help educate future generations.

From Klezmer to Rap – the Power of Jewish Music