′Worst crisis in US-German relations since WW II′ | World | Breaking news and perspectives from around the globe | DW | 14.07.2014

Klaus Scharioth, Berlin’s former ambassador to the US, tells DW why Germany’s expulsion of the top CIA official was right and why the current crisis is the biggest challenge yet for transatlantic ties. 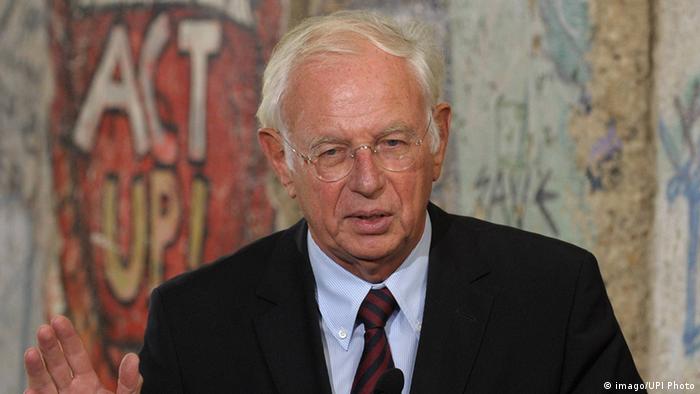 Klaus Scharioth served as Germany's ambassador to Washington from 2006 to 2011. He is currently dean of the Mercator College for International Affairs in Germany and professor of practice at Tuft University's Fletcher School in the US.

DW: Berlin's decision to publicly ask the head of the CIA in Germany leave the country is unprecedented in German-American relations and has triggered a major debate. Was the move justified or overblown?

I think it was a measured response. I believe there had to be a response because what happened is really an espionage overreach which you don't have among friends. And therefore I believe the response was measured.

With a steady drip of new revelations about possible US intelligence operations in Germany coming to light do you consider the current crisis the most serious for US-German relations so far?

Yes I believe this is a very, very serious crisis. I believe there was no need to do that. If the United States wants to know what the Germans are thinking, what the people in the foreign ministry or in the chancellory are thinking they should just call. That's very easy. I know from my days in Washington in office that we have such a close relationship that we talk practically about everything and we also don't hesitate to talk about differences. So there is and was no reason for this kind of espionage. And therefore I think this was basically a waste of taxpayers' money. And it also showed a certain lack of respect of the intelligence community in the United States versus Germany.

Would you classify this as the most profound and challenging crisis in German-American relations since the end of the World War II?

Yes I think so. Because there was some hesitation on the US side to really react to what happened last summer like the eavesdropping on the chancellor's phone and other things and therefore I think if we don't come together again, if we don't rebuild trust and respect together, the US and Germany, I believe we run the risk of losing especially the young people here in Germany.

The Obama administration was seemingly stunned and wrong-footed by the ouster of its operative. Has Washington misread the deep change in public and political sentiment since the beginning of the NSA disclosures over a year ago?

In the beginning I would say yes. Now I think it is essentially a question of control of the intelligence community. And that is a key question. The US intelligence services are probably the best in the world. They have the mission to find out whatever they consider relevant to provide security for the United States. But I think the government needs to bring that under control, because not everything that is doable is also wise. Therefore the big question of the next few months will be whether the US government will be in a position to get the intelligence community fully under control. President Obama of course ordered already a full review of all the activities, but what has happened in the last few weeks shows that full control has not yet been established.

You served as ambassador in Washington. How could a blow-up of this magnitude happen between two long-standing allies that are as close as Germany and the US?

I think the politicians and the leaders in the National Security Council and the State Department probably had no idea what was happening. This is a fairly low level affair, but it shows that - in my view - the services do things which the civilian leaders do not know about and if they knew they would not allow. This is the key lesson: You have to get back control over the intelligence community. Of course we need very close cooperation to fight terrorism. That is absolutely essential. But you don't need spying on friends and you don't need to collect emails of many, many people who are totally unrelated to terrorism.

The US has so far been unwilling to really address German concerns and Berlin has now signaled that it is unwilling to accept business as usual. So where do we go from here?

Three things need to be done. First, the US government has to get their intelligence services fully under control. Second, in the US-German relationship we have had already a very good start with Foreign Minister Steinmeier's idea to start a cyber dialogue with the US. That happened a few weeks ago here in Berlin with Mr. Steinmeier and Mr. Podesta. That's important because we talk about all things that are happening in the real world. What is Google doing? What do the major private companies like Amazon, Twitter do with your data? In this forum we have a dialogue about the use of the Internet that is absolutely necessary. I am very glad this has begun. We are very, very interdependent of each other, also data-wise and so this is good.

The third thing is that we need to reach an informal agreement. There will never be a formal agreement because the United States does not enter into formal agreements on that. But there needs to be an informal understanding on what the intelligence services may do and what they are not allowed to do. That is absolutely essential. I think it's a very good sign Foreign Minister Steinmeier and Secretary of State Kerry met on Sunday in Vienna. Perhaps that could be the beginning of such a process. And let me stress finally that the US and Germany need each other. Both are indispensable partners for each other, so it is crucial that we work things out.