World War II: The photo that shocked the world | World | Breaking news and perspectives from around the globe | DW | 29.10.2020

World War II: The photo that shocked the world

Warsaw, September 13, 1939 — two girls are rummaging for potatoes as German warplanes approach and open fire, killing one. As her 12-year-old sister bends over her body, an American photographer captures the moment. 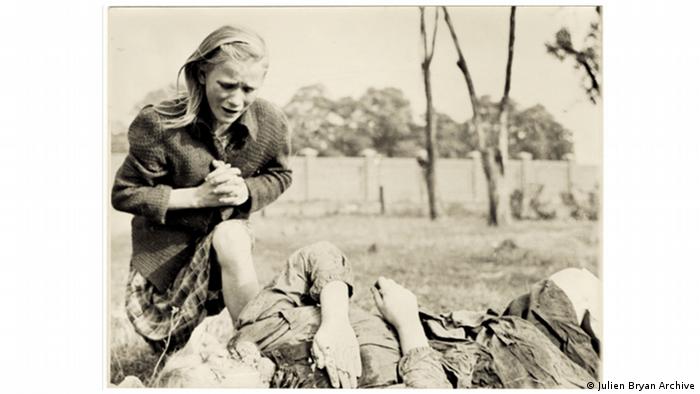 "There was a wooden house over there. As the planes approached, Andzia ran in," Kazimiera "Kazia" Mika told Eugeniusz Starky, director of the film Correspondent Bryan, in 2010.

On that day, September 13, 1939, German bombs fell on the house. Andzia Kostewicz and the others inside fled. Despite the danger, they tried to grab potatoes from the field as they ran away. They were hungrier than they were scared.

The pilots flew low and slow enough to see that there were only women and girls in the field, yet they still opened fire. "Even today, despite all the years, I still cannot forgive them," said Kazia Mika in 2010.

As bullets flew, Andzia was shot in the neck and a piece of shrapnel tore into her shoulder.

Seconds later, 12-year-old Kazia knelt over her sister's disfigured body. She had no idea what was happening — it was her first encounter with death. Moments earlier, Andzia was alive, now she was motionless. 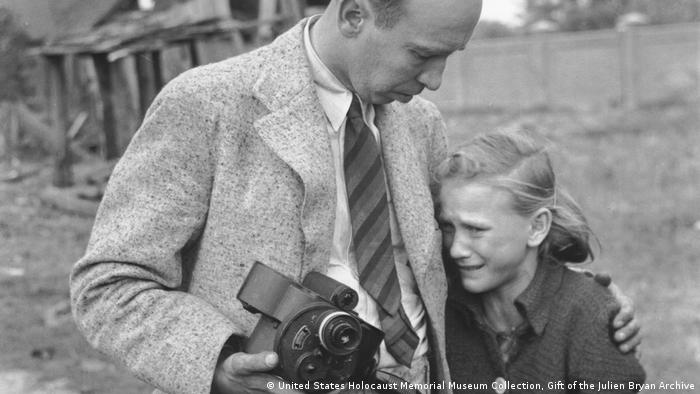 When the planes had gone, US photographer Julien Bryan approached. He was in Poland to document the first days of World War II.

When he arrived, Bryan saw the lifeless body of a woman lying in the field, and next to her, a child with a blank face. The body was the boy's mother. Not far away, he saw Kazia talking to her dead sister. Bryan captured the scene on film as well as in photographs.

"She looked at us, stunned. I took her in my arms. She cried. I cried, too, as did the Polish officers who were there with me. What could we, what could anybody have said to that child?" he would later write.

In his film Siege, Bryan recalled the event as the most tragic he experienced during his time in Warsaw.

The US American documentary filmmaker had taken one of the last trains to arrive in the embattled capital just a few days earlier. Julien Bryan knew Poland well. He had witnessed the construction of the port of Gdynia, visited the depths of Silesian coal mines, was fascinated with the famous folklore of Lowicz — and now he was documenting hunger, suffering and death. Twelve-year-old Kazimiera Mika had never witnessed death before and didn't understand why her sister wouldn't respond to her.

A war of images

Germany's Nazis devoted a significant amount of energy to chronicling the war on film, recording now-famous images — such as German soldiers rushing across the Polish border and shots fired from the gunboat Schleswig-Holstein — for propaganda purposes.

Special film crews documented a German perspective: "They showed that Polish soldiers were inferior and ill-equipped. Film images captured Polish Jews with traditional hair and clothing — something that was framed as negative. They wanted to show that when German soldiers marched into Poland, civilization did as well," says Jacek Sawicki of Poland's Institute of National Remembrance (IPN).

But beyond German propaganda images there were also those from Julien Bryan. Mostly he filmed but he also took photos — he even had color slide film, something almost unheard of at the time — and his images showed the war from another perspective: That of the victims. 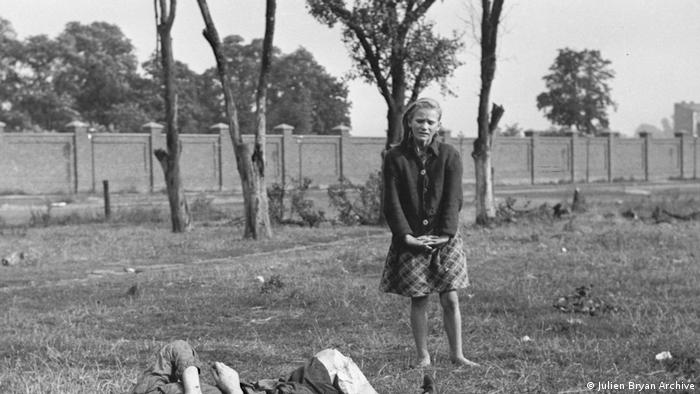 Kazimiera Mika mourns the death of her sister in 1939

Read more: On the frontlines with women war photographers

Those who Bryan photographed saw him as a lifeline to a better world. Many stared into his camera with confidence. "As soon as they heard I was an American photographer they thought I had traveled all the way to Poland to help them. But all I could do was capture the expressions on their faces," said Bryan in his 1940 film Siege.

Still, Bryan did more than that — he became a spokesperson for the Polish people. On September 15, 1939, he broadcast an appeal to US President Franklin D. Roosevelt. He began his message with the words: "My name is Bryan. Julien Bryan, American photographer." Speaking on Polish radio in a calm yet resolute voice, he said: "America must act. It must stop the worst massacre of our day. To 130 million Americans we ask, in the name of decency, justice and Christian values, come help the courageous people of Poland."

Bryan showed his images to Roosevelt upon returning to the US. His film Siege, which earned him an Oscar nomination as well as a book deal, was seen by millions in cinemas across the country.

Years later, the girl in the photograph was still astonished by Bryan: "He was so passionate about his work. He wanted to show the world the truth, the evil. To show people what the Germans did to us," as Kazia Mika told director Eugeniusz Starky in 2010.

Julien Bryan returned to Warsaw in 1958, when he met with Kazia Mika, who was 31 years old by then. He returned once again 16 years later, this time with his young son Sam. 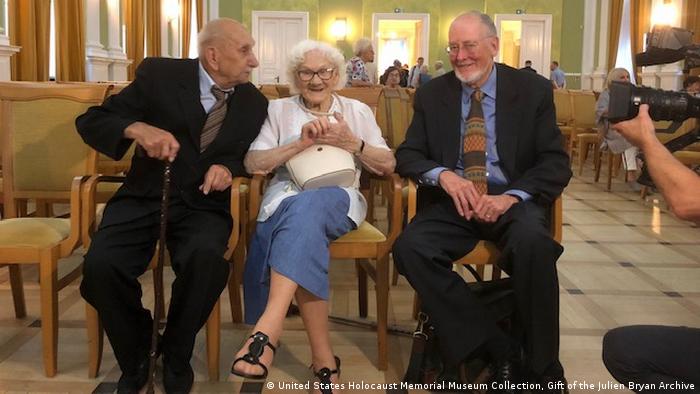 Read more: In photos: They've survived the war as children

When I reached Sam Bryan by telephone in New York, it was as if I were speaking with his father — his voice quiet and calm, yet determined, just the way Julien Bryan had sounded in his radio address to the president.

He told me straight away that it was as if he had known Kazia Mika all his life. Sam Bryan was only six months old when his father returned from Warsaw. He says the images of the crying girl have accompanied him for as long as he can remember.

He says his visit to Poland with his father was "the trip of a lifetime. When we were in Warsaw 45 years ago, we met people that he had photographed in 1939. Kazimiera Mika was one of them." Sam would see her once again in 2019.

"I am like a son to her. I heard so many good things about my father from her. She speaks of him as if of her own father. She recalls how he took care of her. We visited her sister's grave together, too. It was all very moving," says Sam Bryan.

Julien Bryan died in October 1974, a few months after returning from the trip. "He promised to show me America," says Kazia Mika. "Sadly, I never got to see New York … but that's okay. I am still thankful to him for my photo of Andzia."

Kazimiera Mika died on August 28, 2020. She is buried at Warsaw's Powazki Cemetery, not far from the place where Julien Bryan photographed her in that field some 81 years ago.