"It all started with a photo," said Martina Dase, director of communications for Save the Children, at the event "I'm Alive. Childhood at War: A Worldwide Exploration," held during the International Literature Festival Berlin (ilb).

Over a century ago, a British social reformer called Eglantyne Jebb was shocked by a newspaper photo of starving German children. Even though the World War I armistice had been signed, the Allied troops were still pursuing their blockade of supplies to enemy Germany and Austria-Hungary in 1919 — causing children there to be deprived of food.

Jebb therefore decided to start a fund called Save the Children to provide food and medical supplies to children in war-torn countries. The Declaration of the Rights of the Child, which she later presented at the 1924 League of Nations convention in Geneva, also inspired the 1989 UN Convention on the Rights of the Child — a landmark human rights treaty.

100 years of Save the Children

Paying tribute to Jebb's pioneering legacy, a photojournalism series was developed to mark the 100th anniversary of the humanitarian organization she created.

Save the Children's Martina Dase and photographer Dominic Nahr developed the project while collaborating on a magazine story in a refugee camp in Lebanon. A young Syrian girl's determined gaze in Nahr's portraits inspired them to go on a worldwide search for people who were helped by the non-governmental organization's programs when they were children, over the past century. 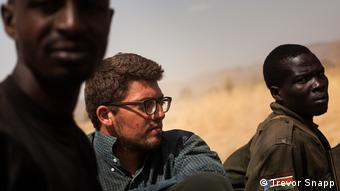 As a result, the award-winning photojournalist created a series of profiles of 10 different people, each one a survivor of a different conflict of every decade of the past century, plus a "baby of hope" born in a Rohingya refugee camp in Bangladesh in 2019.

The protagonists were still young when war hit their country, whether in Syria, Columbia, Rwanda, Afghanistan, Cambodia, Nigeria, Korea, Spain or Germany: With the help of newspaper ads, archives and old photographs, the project's research team managed to track down individuals who were supported by Save the Children programs over the years.

The photos and accompanying texts, with guest contributions from personalities as varied as Anne-Sophie Mutter, Margrethe Vestager or Ban Ki-moon, will be published as a book titled I am Alive: How Children Survived a Century of Wars in November 2020.

Survivors throughout the world

Swiss-born photographer Dominic Nahr, who has often worked in conflict zones, chose an empowering approach to portray his protagonists. He spent nine months working on the project, traveling around the world with a reporter, in collaboration with the local Save the Children offices. 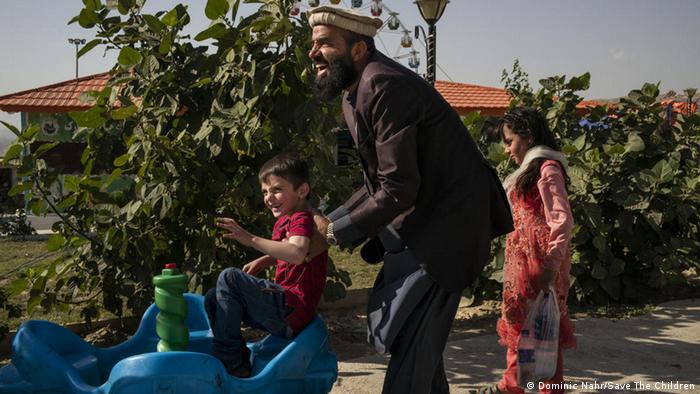 Mawla Jan Nazari and two of his children in Afghanistan

No matter in which country or how many years ago the conflict occurred, he quickly noticed that the protagonists "all had similar stories of being a child during the war; of course the circumstances were different but there were so many other aspects that were similar, of having to run away and being disconnected from their families for instance."

Nahr was particularly impressed by his encounter with Mawla Jan Nazari, who grew up near the Afghan capital of Kabul, but who had to flee with his family to Pakistan in 1979, during the Soviet Intervention. He was 14 at the time, and landed in a refugee camp where Save the Children provided help.

Mawla Jan "dived right into his story" before he was even done preparing tea to welcome the reporters. "He had such a powerful energy," Nahr told DW. Now a father of 11 children between the ages of 1 and 27, the 54-year-old Afghan lives in Kabul and works for the Independent Election Commission of Afghanistan.

Even though the project led the photographer to travel to the most remote areas of the world, one of his strongest impressions during the project was an assignment right in the center of Berlin. 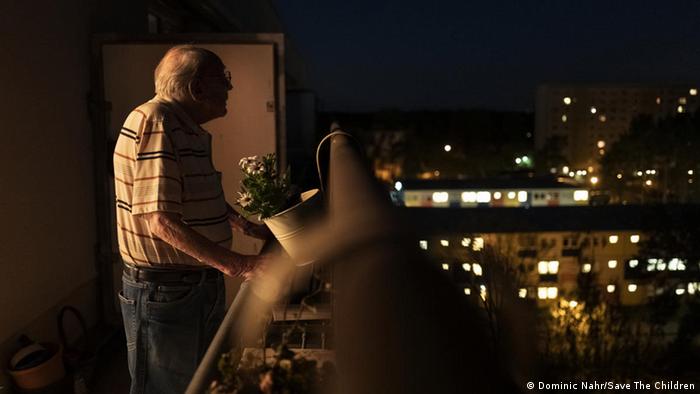 Erich Karl, who turns 107 at the end of September, is a survivor of World War I — which means he's also witnessed many other conflicts throughout his life. In 1939, he was drafted by the military and sent to work in the intelligence division in East Prussia.

The photographer felt a strong connection with "Herr Karl": "I like older people, they have lots of stories to tell," said Nahr. "And it was bizarre because I'm in my 30s and he's in his 100s, but we were like two guys hanging out, talking about tech" — the centenarian recently taught himself to use a computer. "Those are really moments to cherish."

By an improbable coincidence, there's even a direct visual connection between the 107-year-old World War survivor and the 11-year-old Amal: The balcony of Erich Karl's Berlin apartment overlooks a complex of shelters for refugees — mostly from Syria.

American troops have been stationed in Germany since World War II. The photo exhibition "Little America" at the Allied Museum in Berlin gives a rare glimpse into the lives of soldiers and their families.

On the frontlines with women war photographers

The renowned photographer David Douglas, whose pictures of the plight of soldiers in Korea and Vietnam helped change the role of war photography, has died at the age of 102. Douglas also famously caught Picasso on film.