The G20 summit is supposed to focus on development and infrastructure. But Jamal Khashoggi's death, the war in Yemen, a US-China trade war and the Russia-Ukraine conflict are also expected to be major talking points.

World leaders arrived Thursday in the Argentine capital of Buenos Aires ahead of the first-ever G20 summit in South America.

The three agenda priorities for the Group of 20 are the future of work, infrastructure for development and sustainable food. Trade will also play a major role as the United States, Canada and Mexico finalize their continental trade agreement.

But the globe's largest economies have many other issues to discuss, with leaders holding their peers accountable for the world's current conflicts.

Questions for the crown prince

Saudi Arabia's Crown Prince, Mohammed Bin Salman, is to make his first significant appearance overseas since the killing of Saudi journalist Jamal Khashoggi at the country's consulate in Istanbul.

The one major figure not expected to sit down with the Saudi crown prince is US President Donald Trump, who said earlier this month that he will not punish Riyadh for Khashoggi's killing.

Saudi Arabia has denied that bin Salman played a role in the death of the Washington Post columnist, who was a critic of the crown prince.

Bin Salman is also expected to be pressed on the war in Yemen, where he has been accused of war crimes by international NGO Human Rights Watch. On Wednesday, Argentine legal authorities took initial action to consider prosecuting him for alleged crimes against humanity.

Vladimir Putin may also get a similar grilling over the Sea of Azov conflict where on Sunday Russia fired three Ukrainian navy ships and seized the vessels along with 24 Ukrainian seamen.

Trump canceled his meeting with the Russian president, just hours after telling reporters he would likely sit down with Putin.

German Chancellor Angela Merkel said she planned to press Putin on the issue, telling a Ukrainian business forum in Berlin on Thursday, "We can only resolve this in talks with one another because there is no military solution to all of these conflicts." 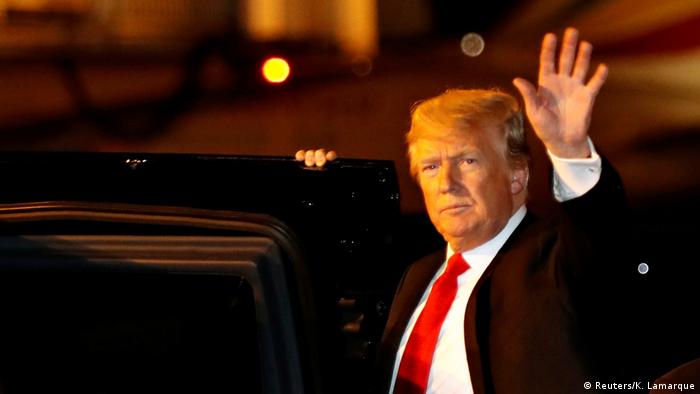 Donald Trump arrives in Buenos Aires ahead of the G20 summit

Trade will be a focal point for the United States at the G20. The US, Canada and Mexico are expected to sign the new United States-Mexico-Canada Agreement designed to replace the current NAFTA trade deal.

Trump is also scheduled to meet with Chinese President Xi Jinping with the US and China locked in a trade dispute. This year, the US has levied between 10 percent and 25 percent tariffs on Chinese goods — worth approximately $250 billion (€219 billion) — and China has raised its own tariffs in retaliation.

However, US tariffs are set to ramp up unless the two leaders can come to an agreement on trade. On Thursday, Trump said he was "very close" to making a deal with China, but added, "I don't know if I want to do it."

Read more: US and China 'under pressure' to find tariffs compromise at G20

Overall, Trump's schedule at the G20 is in flux. Meetings with Erdogan and South Korea's Moon Jae-in have been downgraded from formal talks to "pull asides." He is also expected to face resistance to his some of his "America first" policies.

A plane carrying the German chancellor had to turn around and land in Cologne after only an hour in the air due to a technical difficulty. The plane has experienced several issues in the past few months. (29.11.2018)