The US president has defended relations with Saudi Arabia, saying he will not punish Riyadh for assassinating a US-based journalist. Citing "America First" policy, he vowed not to touch arms deals worth $110 billion. 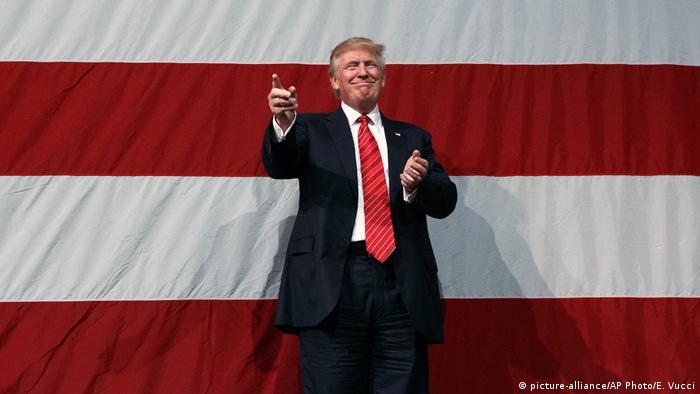 US President Donald Trump on Tuesday said Saudi Arabian complicity in the murder of dissident journalist and US resident Jamal Khashoggi would not affect relations between Washington and the Islamic kingdom.

"We may never know all of the facts surrounding the murder of Mr. Jamal Khashoggi. In any case, our relationship is with the Kingdom of Saudi Arabia," Trump said. "The United States intends to remain a steadfast partner of Saudi Arabia."

Trump has been under pressure to sanction Riyadh as well as Saudi Crown Prince Mohammed bin Salman, who the Central Intelligence Agency (CIA) reportedly concluded was involved in Khashoggi's assassination.

"It could very well be that the Crown Prince had knowledge of this tragic event — maybe he did and maybe he didn't," Trump said.

Trump also dedicated the opening paragraphs of his statement to criticizing Iran over its actions in the Middle East and slammed it as "the world's leading sponsor of terror."

In response, Iranian Foreign Minister Javad Zarif jibed that Iran might also be responsible "for the California fires, because we didn't help rake the forests — just like the Finns do?"

Senator Diane Feinstein, a Democratic lawmaker representing California, said she was "shocked" by Trump's decision to withhold any punishment. She vowed to "vote against any future arms sales and appropriation to Saudi Arabia."

"Human rights is more than just a phrase, it has to mean something. And that means standing up and condemning a brazen murder by a foreign government," Feinstein said. "Everyone who played a role in this killing must be held accountable."

In his statement, Trump specifically mentioned he would not undermine Saudi defense contracts for US military hardware worth more than $100 billion (€88 billion). Germany, on the other hand, has suspended all arms deals to Saudi Arabia and is set to impose travel bans on 18 Saudi citizens.

Joel Simon, executive director of the Committee to Protect Journalists (CPJ), said Trump has sent "an appalling message" to Riyadh as well as other countries across the globe.

"If you boil the White House statement down to its essence, President Trump has just asserted that if you do enough business with the US, you are free to murder journalists. That's an appalling message to send to Saudi Arabia and the world," said Simon.