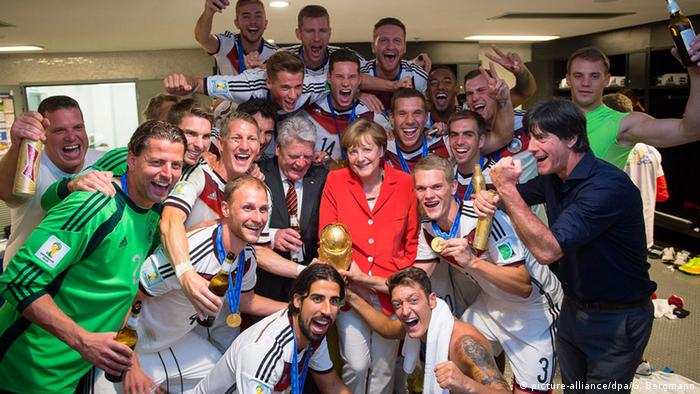 The World Cup is presenting several world leaders with a real quandary. Show up, and they may be accused of playing into President Vladimir Putin's hands at a time of severe tension with Russia on several fronts.

German Green party politician Rebecca Harms is one of 59 Members of the European Parliament who have written an open letter urging all heads of state and government not to visit.

"They should stay away from the stadiums in Russia, because they will be instrumentalized by President Putin," Harms tells DW. "I'm also convinced that we have a lot to talk about with Vladimir Putin. And we should do this right away, in the proper places, with serious diplomatic talks on Iran, on Syria, on Ukraine. But the football is more Putin's instrument to get legitimization for all his wrongdoings, in the eyes of Russia's people, by being joined by Western politicians." 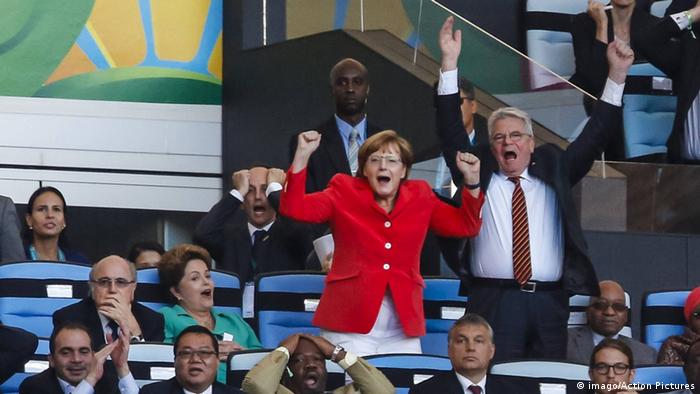 It's no secret that the national team values Merkel's support

But decline to go, and politicians run other potential risks. They could be accused of seeking to politicize sport, or of leaving their national teams in the lurch. Some might even talk of a missed diplomatic opportunity, especially given developments at the Winter Olympics in South Korea earlier this year.

Read more:  Why Germany can still win the World Cup

Even for someone like Angela Merkel, a World Cup provides a bigger, happier stage than is available to her on a typical day at the Chancellery. In the past, she has always jumped at the opportunity to travel with Germany's national team. She went to Brazil in 2014 twice, once in the group stages and again for the final. As for the 2006 World Cup in Germany, it helped boost her profile — especially abroad — very early in her tenure.

Yet even in victory in 2014, the World Cup final was a public-relations mixed bag for Merkel. Yes, most people remember the photos of her and former President Joachim Gauck cheering the winning goal. But images of Merkel sat watching the game alongside Vladimir Putin and FIFA's disgraced ex-president Sepp Blatter circulated the world just as feverishly, just a few months after the annexation of Crimea and at the height of the FIFA scandal. 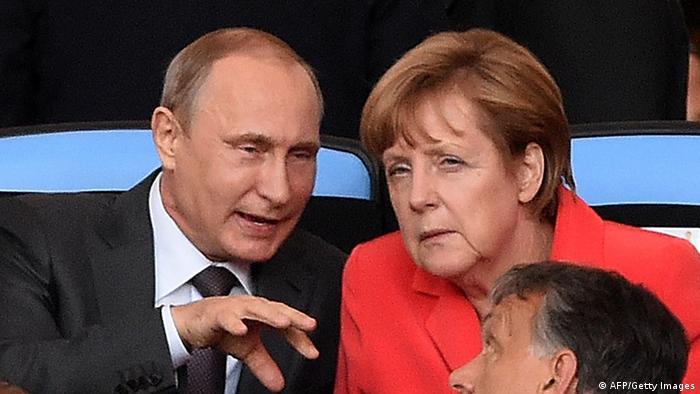 Merkel wasn't just watching the game during the final in 2014

What do we know about countries' World Cup plans?

What are Germany's heavy hitters planning?

While the Chancellery remains tight-lipped about Merkel's plans, plenty of other German politicians have weighed in. Merkel's standard travel itinerary is typically published a week in advance (there are many exceptions, though), and her office is sticking to this "wait-and-see" line.

Social Democrat Foreign Minister Heiko Maas humorously ducked a question about his plans, saying it was "far more important that Manuel Neuer go," a reference to Germany's longstanding number 1 goalie, still a doubt for the competition because of injury.

Interior Minister Horst Seehofer of Bavaria's CSU will attend. For now, he's the only top-level German politician to have definitively confirmed. That said, Germany remains one of Russia's closest contacts in NATO, and a number of World Cup appointments have been scheduled: even a friendly football match between teams from the Bundestag and Duma parliaments.

Russia's English skills put to the test before World Cup

It's no secret that Vladimir Putin values sporting events held in Russia. One of his closest allies from hometown St Petersburg, Deputy Prime Minister Vitali Mutko, was the sports minister for years until that post eventually became untenable. In recent years, Putin and Mutko have brought the Winter Olympics, Formula 1 and the World Cup to his country, at great expense.

Often filmed doing judo, Putin never misses the F1 race and learned to play ice hockey ahead of the Sochi Games. Not unlike the notorious shirtless photos riding horses in the forests, it's all a part of a machismo-laden "man-of-action" image the president projects at home.

Russia began annexing Crimea in the immediate aftermath of the Sochi Winter Olympics. Putin later told domestic media that he had spent the night of February 22-23 — just hours before he would appear at the Games' closing ceremony — discussing these plans with his security chiefs.

There's even a potential question about avoiding the World Cup on sporting grounds, rather than political ones. If you believe world sport's doping authorities over the Kremlin's official line, Russia systematically sought to give its athletes the upper hand when it hosted the Sochi Games by helping to conceal positive urine samples. FIFA has said it can find no evidence of past doping among Russia's 2018 World Cup squad.

Rebecca Harms is also keen to stress FIFA's role in the affair — both in its selection of Russia for the competition and its attempt to downplay any sign of scandal before the World Cup. FIFA President Gianni Infantino was adamant on a trip to Russia recently that politicians should not avoid the competition, saying this would be an unwarranted politicization of sports. 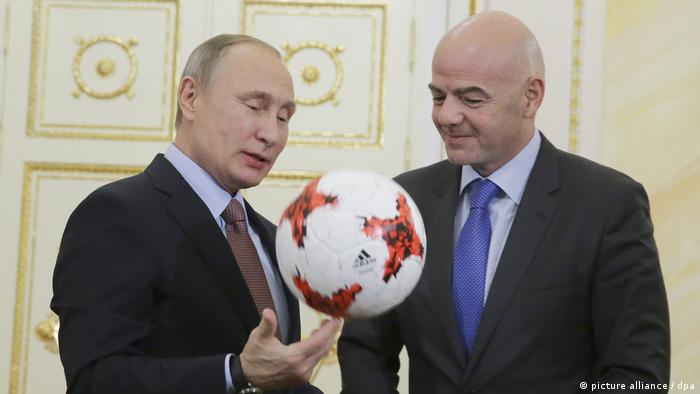 Given FIFA's recent history, Infantino's appeals to leave politics out of football can ring a little hollow

The 2018 World Cup in Russia is finally upon us. Here is everything you need to know, from key dates and figures to why you should pay attention to the predictions of a deaf cat from St. Petersburg. (07.06.2018)