The latest extreme poverty estimates from the World Bank revealed that Africa is lagging behind the rest of the world. Development expert Francisco Ferreira says it's not too late to turn things around. 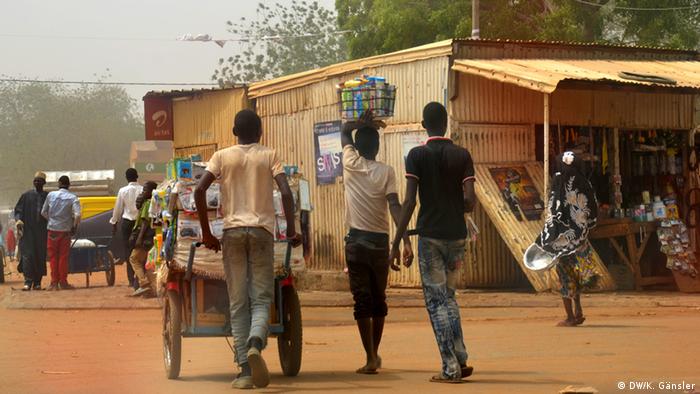 Sub-Saharan Africa is the only region in the world where the overall number of extremely poor people is increasing rather than decreasing, according to the World Bank's latest Poverty and Shared Prosperity report. Globally, rates of extreme poverty — defined as earning less than $1.90 (€1.64) a day —  have dramatically declined, falling from 1.9 billion in 1990 to approximately 736 million. However, an estimated 413 million people in Africa currently live in extreme poverty — more than half of the world's total. DW spoke with Senior Advisor in the World Bank's Development Research Group, Francisco Ferreira, about why poverty rates remain high in Africa and what efforts are being made

DW: What's behind the high poverty rates in sub-Saharan Africa?

Francisco Ferreira:We find across the world that conflict, institutional fragility and violence are associated with rising poverty. And of course a number of the world's fragile and conflict-affected countries are in Africa. There are a few that immediately come to mind like the Central African Republic, South Sudan or Somalia. The absence of law and order is clearly one of the big drivers of slow progress and increases of poverty in the region. The second [reason] is the  rapid population growth. It's very high particularly in the Sahel and parts of West Africa. That rapid population growth is associated with an increase in the numbers of the poor as well. And when we look at longer periods of time, economic growth in Africa has been lower than in Asia, for example, which is the other region where there was a lot of poverty before but it's been reducing much faster. So growth has been lower. And finally it has been less pro-poor than in other regions. So not only is there less growth and it's more volatile but also it's less good at reaching the poor and improving their conditions. 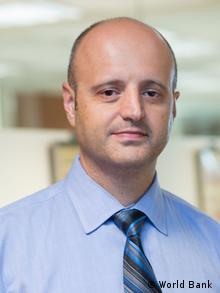 A recent study by Oxfam rated Nigeria as the country that does the least when it comes to tackling poverty. Do you think the fight against extremist group Boko Haram and other violent conflicts plays a role in this?

We do not do a ranking of countries' efforts to reduce poverty the way Oxfam does so I won't comment on that. But I will say that Nigeria has at least two big factors that across the continent are associated with lower progress. One is, as you mentioned, the existence of a widespread conflict in the northeast of the country with Boko Haram. The other is a very pronounced dependence on an extractive industry, in the case of Nigeria, oil. Although Nigeria is now Africa's largest economy and it's well diversified in some ways, in terms of exports it's still hugely dependent on oil. You could also think of Equatorial Guinea, you could think of Zambia for copper, DRC for a number of minerals. There are a lot of African countries that are still very heavily reliant on extractive industries. When a lot of the growth is coming from an industry that is capital intensive, that doesn't employ that many people, that doesn't have many linkages to the rest of the economy, that has long been a challenge that African policymakers I think are aware of. But it does require a lot of work to either shift the pattern of growth towards the sectors and places where the poor live or to redistribute the benefits of growth that takes place elsewhere, by investing in the poor people themselves, in their education and their health but also in the infrastructure services that they need to become productive. To go back to Nigeria, it's a country that has had a lot of success recently. As we know it overtook South Africa some years ago as the largest economy in the region. But it does struggle a lot to make sure that these macro-economic successes get translated into benefits for the poor. And that is in some sense emblematic of the region as a whole.

What countries have made great progress in reducing poverty?

Within Africa I [would certainly mention] Ethiopia, which despite political challenges has economically done quite well in terms of reducing poverty and helping to diversify its economy a little bit. It's still mostly an agricultural nation but it has had some growth in manufacturing. argely aIf we look beyond Africa to other places, I think, of course, some of the big success stories are countries like China and Vietnam which have done a huge amount in terms of growth that is pro-poor. Of course there are a lot of urban poor in Africa but the majority of the people living in extreme poverty in Africa are still in rural areas and are still involved in very low productivity agriculture. Policymakers must think about them and of bringing investments to them and to where they are.

What could African governments do to reduce poverty?

The two key things are to continue to diversify the economy, particularly in countries which are heavily dependent on one or a few extractive industries. Because we know that extractive industries can contribute to sustainable long term growth but only if the benefits are reinvested in more sustainable resources that won't run out eventually. That capital has to be reinvested in other forms of capital, primarily human capital. Countries become prosperous, like Germany or Denmark or the US, when they have educated, healthy people that are productive. That investment has to be made in Africa as well. It's not enough to build schools or health posts. It's more important to make sure that they are well staffed by teachers and health workers who turn up and are not absent a lot of the time. Also, investment in specific kinds of infrastructure that would really make people more productive, investing in better roads and railways and investing in electricity that that is not only available but reliable.If people's goods can flow, their goods can reach markets. If electricity is reliable then manufacturing firms can come and invest. They will not do that if electricity is there for only four hours a day. So there's a lot of investment in human capital and infrastructure that I think would be very important.  But none of this can work if there isn't solid democratic governance and the rule of law.

Read more: James Shikwati: 'Africa's development has to come from inside of Africa'

When you visit African cities you see a lot of new houses being built, especially in cities like Nairobi or Luanda. You see new cars on the roads. Is this a sign that poverty is already being reduced or is it a sign that the inequalities are growing?

I think it's a sign of both of those things. There is growth and there has been growth and when that growth takes place, there is some reduction in poverty. It's just been slower than we would have liked and slower than other regions or countries have managed to do. Now growth in big cities — new buildings in Nairobi or Luanda, as you mentioned — those specific investments are unlikely to be reducing extreme poverty because they're for people who were already living way above $1.90 a day. I would be more excited by finding electricity reaching some village where previously it didn't reach or new wells being dug so that women walk fewer hours to get water. So there is a lot of that growth that is much less visible when you visit a big city but it's that kind of progress at the village level where the poor people live that I think will make a big difference to prosperity at the bottom of the distribution.

How do you view the longterm outlook for Africa?

If the region continues to perform as it has performed over the last ten years, then that outlook probably is not great. Our estimates under the business-as-usual scenario is that by 2030 poverty in sub-Saharan Africa will still be as high as 25 percent, whereas in the rest of the world it's as low as 2 percent. If that's the case then almost nine out of 10 poor people in the world will be living in Africa. Now can that be changed? Yes. Africa can change it if it makes the kinds of changes in governance, the kinds of improvements in the quality of governance and the kind of investments in human capital and infrastructure that I was talking about, leading to a more diversified economy. So there's certainly a lot of hope. there's a lot of vibrant, creative, entrepreneurial people in Africa who could make a huge difference for the region.

Francisco Ferreira is a Senior Advisor in the World Bank's Development Research Group.

This interview was conducted by Friederike Müller-Jung. It has been edited and condensed for clarity.

Uganda: Women use the power of knowledge to escape poverty

MP3 players are being used as a valuable source of information for health and general well-being. A German couple are distributing the portable devices to improve the lives of illiterate women in rural areas. (16.10.2018)

A new report shows the percentage of Indians living in poverty is half what it was a decade ago. But child poverty around the world is still rife, affecting nearly two-thirds of those under 18 in sub-Saharan Africa. (20.09.2018)