Africa's population is growing rapidly and is set to double by 2050. On World Contraception Day, we take a look at how African countries are changing attitudes towards birth control and preparing for the future. 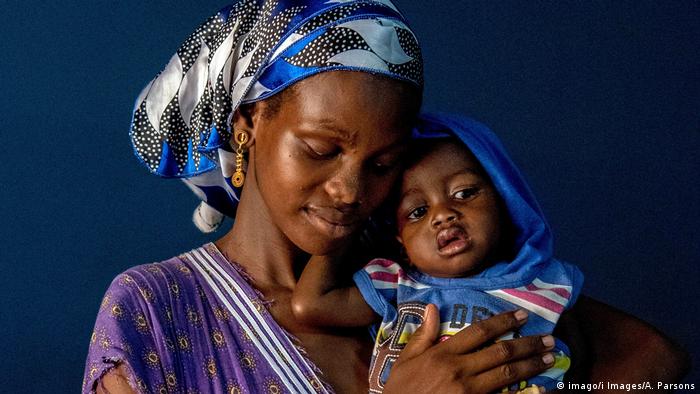 Africa's population is growing rapidly and is set to double by 2050. A recent study by the Gates Foundation advises more birth control. In Ethiopia, the change of heart has already begun.

Currently 1.4 billion people live on the African continent. In 32 years this number is expected to double. But if economic growth doesn't keep up with the increasing population, rates of poverty are also expected to rise. The Bill & Melinda Gates Foundation saw this trend as an opportunity to publish a new Goalkeepers study as a catalyst for action. But the forecasts are rather bleak: by 2050, approximately 40 percent of the world's extremely poor are expected to live in two African countries — Nigeria and the Democratic Republic of Congo (DRC).

Nigeria is currently home to around 190 million people. Every woman gives birth to approximately five children. And this has repercussions. "At the moment, things look pretty bad in Nigeria," Farouk Jega, the director of the Bill & Melinda Gates Foundation's Nigerian office, told DW.

"Increasing poverty is exacerbating the security situation, causing unrest and increasing crime. The minister of health is promoting the use of modern contraceptives, but only 10 percent of women use them," Jega said.

Poorer women and families are particularly vulnerable, as they don't have access to condoms or other means of contraception.

As with many African countries, much of Nigeria still holds on to traditional views of women. In order to change this, the government works with civil society, religious leaders and traditional leaders, says Jega. So far they have had some success: people are already discussing the disadvantages of child marriage and the persistent stereotype that having a large number of children will guarantee financial stability in their later years — a pension-of-sorts. "It's a long process to change people's awareness and behavior," said Jega.

He believes providing women with more education and innovative sources of income is the best way to turn the problem into an opportunity. But so far, the birth rate has not declined. In the fight against overpopulation, the Bill & Melinda Gates Foundation suggests investing more in the health and education of young people. 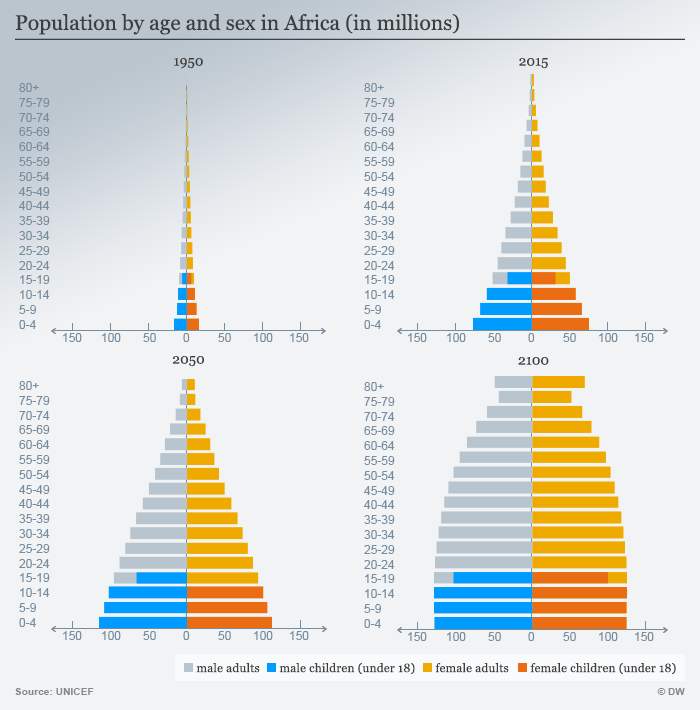 In the DRC, development progress is only being made more difficult by the ongoing conflict, says Frederick Okwayo from the United Nations Population Fund (UNFPA) in Johannesburg.

"The logistics of providing care is difficult because of the bad infrastructure," he told DW. "But we try to go to the refugee camps and help people there — and also hold family consultations."

It is important that men in all countries also get involved in demonstrating the advantages of having a smaller family. Governments are also being strongly encouraged to lead reforms and support aid organizations.

The population of Nigeria is expected to grow by 400 million people by 2040 and in the DRC there will be two-and-a-half times more people than there are now, says Alisa Kaps from the Berlin Institute for Population and Development. In light of this prediction, the securing a food supply, health facilities and employment will become increasingly difficult.

"Economic growth is being hindered by the high growth of the population," Kaps told DW. "Every year nearly 20 million people in Africa reach working age, but there are only three million formal jobs available. So where is the money coming from?" 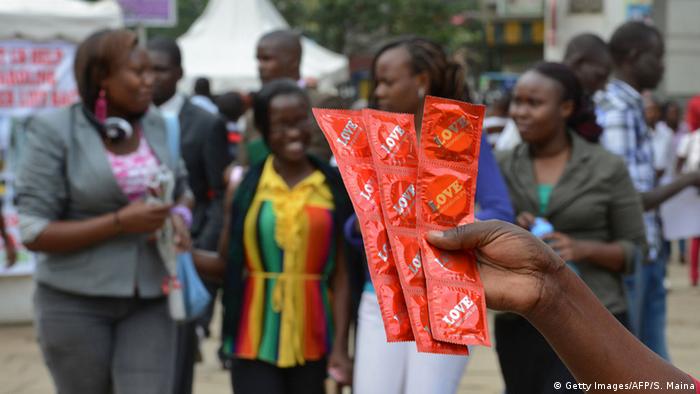 But there are still some African leaders who are encouraging an increase in births, says Kaps. One of them is Tanzanian President John Magufuli. At the beginning of September, he asked women to stop using contraceptives because the country needed more people. More than half of all 53 million Tanzanians live below the poverty line of $2 (€1.70) a day. But Magufuli was not deterred by criticism and even banned an American aid organization from promoting family planning.

Other countries have taken the opposite approach to contraception. Rwanda, for example, has improved its once-broken health system, which now includes family planning, in the years following the genocide. The small country has increased the use of women's contraception by 60 percent and, like Botswana, is one of the biggest African success stories when it comes to slowing population growth.

Above all, however, it is Ethiopia who is transforming from a country known for hunger and poverty into a country of hope. That's at least according to a study published by the Berlin Institute. The number of children per women there has fallen from seven to four and a half, mainly because the government has focused on the three core areas of health, education and job creation.

"This is the fastest drop in birth rate in sub-Saharan Africa," says Kaps. Over 30,000 women have been trained as health workers and each community is able to provide basic health care. And this doesn't only impact population growth — according to Kaps, life expectancy has increased by six years to approximately 66 years of age.

What Else? Episode 7 - Sex education