Cities in Asia and Africa are growing at a very fast pace, and societies change. That brings many opportunities to those moving to the cities, but it also exposes them to insecurities and different forms of violence. 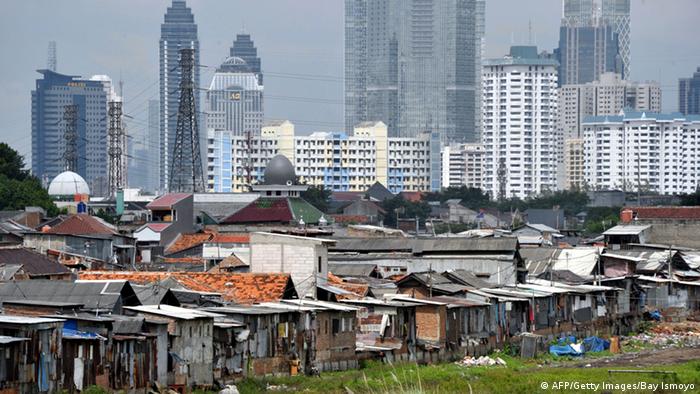 City governments often don't manage to provide basic services and infrastructure for the growing population. That adds to the insecurities faced by people living in rapidly expanding cities in Africa and Asia. The issue is part of this year's discussions at the Stockholm Security Conference (September 13-15). World in Progress talked to SIPRI researcher, Dr. Amiera Sawas about insecurity in cities.

DW: Does the concept of security differ in cities in developing countries as opposed to those in developed countries? And if so - how?

Dr.Amiera Sawas: Well people in cities in the Global South deal with precarity every day. There are many stresses and insecurities of daily life. People conceptualize different forms of violence. For instance we did research with 2,500 people across two cities in Pakistan. And many spoke about what they call "zehni tashadud." This is an Urdu phrase which literally translates into mental torture. What they mean by that is dealing with livelihood insecurity, struggling to find access to clean water supply every day, population growth, the commute to work, all that is incredibly stressful.

But obviously they also face different forms of physical violence as well. So security is a much broader term.

You mentioned violence in cities, and that appears to be higher than in rural areas. Why is that? 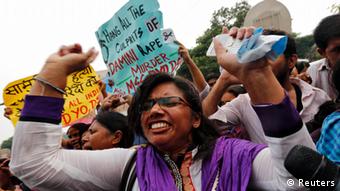 And a lot of people that move to cities have aspirational lifestyles and livelihood aspirations. For instance women are contesting traditional ideas about what their life should look like. So this is causing at times a backlash. And we found in our research that groups of young men have committed violence in the streets against women that they perceive have done something which is not seen as moral or appropriate for women.

So the people that experience this violence, are they mostly women?

No, I think all genders experience different forms of violence within cities in the Global South. In Africa you tend to have more female mobility than in South Asia. So for instance 70 percent of the market vendors in Zimbabwe are women. They experience more sexual harassment, public violence, because they are more in the public sphere. Whereas in South Asia it's a bit less visible.

Also in South Asia for example men are very much prone to experiencing different forms of violence, and that's all sorts of violence from sexual violence to gunfire. But men find it harder to talk about their experience.

If a city government or public entities cannot provide access to drinking water, garbage collection, or sanitation and so on, how can the fact that informal actors sometimes move in — how can those groups lead to an increase in violence and stress? 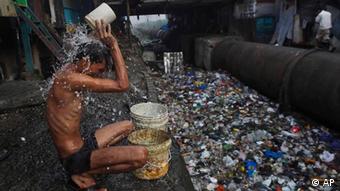 Sometimes these groups play a very important role in ensuring people's basic services. But what we do find is that it's seen as a kind of opportunity to make money. So the kind of groups that tend to step in tend to be groups of informal networks of men. They govern them in fairly coercive and sometimes violent ways and they expect to be paid very extortionate prices.

But then there's also a reaction. So particularly men who feel frustrated because of these extortionate costs of basic services then sometimes lash out. But then this is also displaced onto women within the home who are not able to do their household duties with the very small amounts of, say, water that they actually have so often they become victims of domestic violence.

There is a very famous example from Karachi, Pakistan, called the Orangi Pilot Project. It's a sanitation system that was set up by the community in the 1980s because they had no sanitation before and they had enough. Eventually that became more formal, and they worked with the government. And now there are over 250 replications of this project all over the world including in Africa. 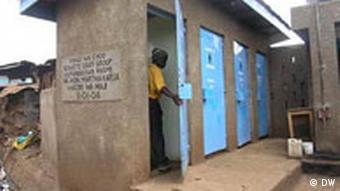 Some communities in slums work with local NGOs to provide sanitation

There is another project in a township near Cape Town, South Africa. Its called "violence prevention through urban upgrading." This community together with an NGO developed an urban upgrading scheme to prevent violence.

And in the informal settlement of Kibera, in Nairobi, there is a project where they developed productive urban spaces. The had unsafe areas where they had high levels of crime and transformed them into places of beauty and also stressed social cohesion around basic services.

So is it economic development that is needed most to counter these high levels of violence?

Well this is a kind of time-old question in the development space. What we know is that approaches to economic development over the last 20 to 30 years are actually creating a further gap between the rich and the poor. So there was an expectation that the economic benefits and growth at the national scale will have a trickle-down effect to the poorest. But that's not actually happening. So what we need is something which is a much more rounded perspective. And I think that the vision of development needs to be created in consultation with local people. 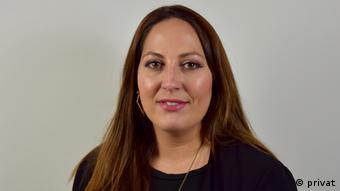 Looking at the many different problems that are all interconnected, what makes you hope things can be improved for city dwellers?

Well we've done ethnographies with people between 2013 and 2016 including people who have been part of the violence, for example with people who are hit men or people who are involved in gangs or mafias. And what we realized through working with them is that nobody really wants this lifestyle. And often it's the case that, due to their marginality or due to lack of opportunity they end up going down these avenues which they don't necessarily enjoy.

So I have faith in people and I think that we just have to try and focus more on listening to the voices of the people at the ground level and creating positive interfaces for them with each other so that the city doesn't become an area of competition — it becomes an area of co-operation.

Amiera Sawas is a researcher in the Climate Change and Risk Project at SIPRI in Stockholm.  Amiera has a PhD in water governance and is interested in the intersecting issues of climate change, access to infrastructure, gender and security. She has done extensive research in urban Pakistan and several parts of Africa.

Hundreds of favela residents have rallied on Rio de Janeiro's world-famous Copacabana beach, weary of the violence in the city's slums. The shooting death of a mother and daughter pushed the residents to act. (03.07.2017)