Aid money does more harm than good, believes Kenyan economics expert, James Shikwati. He says instead Africans have to tap into their biggest resource – the continent's 1.2 billion people and their skill as traders. 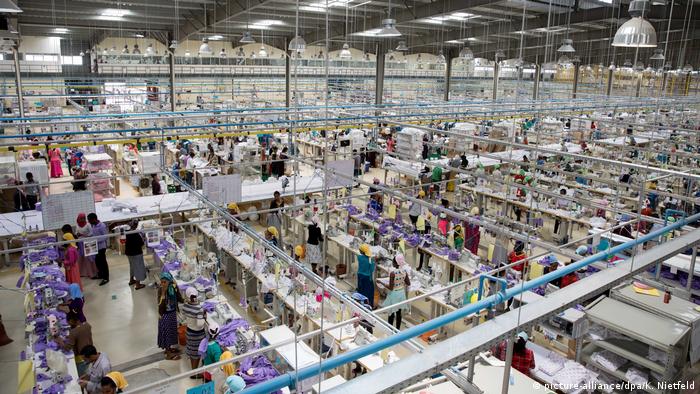 Ethiopia is wooing investors with modern textile factories like this one

DW: Your view on international development cooperation is somehow different - you oppose it. What is behind your position?

James Shikwati: I think the point is that cooperation between countries and people has to factor in long-term approach. The aspect that I have been critical about is the aspect of short-term approach to how, for instance, Europe relates with Africa.

You notice that whenever Europe feels that there is a challenge coming from Africa, for example, migration, then they would set a budget and say 'let's put this money to go and handle this problem of migration' forgetting that development has to be driven intrinsically. If it is not an intrinsic value driven by the citizens … some people, especially politicians, will just squander the money and the problem will keep recurring. So my criticism has always been - cooperation that leaves out the intrinsic aspect of involving citizens in productivity cannot be good cooperation.

Do you think Africa should look within itself for development rather than looking towards Europe?

In term of solutions, you notice that no other country from outside can really make Africa develop. Development has to come from inside of Africa. But we should not forget that Africa is not an island.

I think traditionally how Africa has been relating to Western countries has always been with the view that they are being helped or being assisted. When you are being assisted, you lower your guard – you don't promote your own interests because you are on the assistance side. But when we elevate a business approach, enterprise approach to the relationship, that's when we manage to elevate the interests of the businesses in Africa and also the interest of countries in Africa.

How could Africans stimulate growth within Africa without the needed experience?

The good thing is that the history of Africa shows that Africans have been traders since the world was formed. The aspect of stimulating growth really goes back to Africa tapping into its 1.2 billion populations as a market, instead of looking at it as something of a burden. 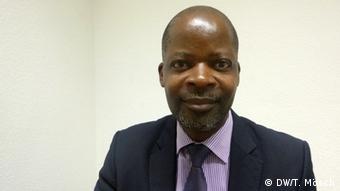 James Shikwati is a writer and commentator of public policy

Another aspect is investing in African youth because we have a population of close to 65 percent of Africans that are below 24 years. That shows the energy is actually there that can drive Africa to the next step.

The third part is to have strategic interlinkages because we don't need to reinvent the wheel. The point would be to simply tweak the innovations technologies from other developed economies and see how best they can fit into our own situations.

There is so much talk about being a sleeping giant. Can you put that into perspective?

I wouldn't really say Africa is sleeping giant because there is a lot of activities going on right now in Africa. You notice regional economic markets are evolving. There is also intranation infrastructure development … and also attempts at reorganizing how Africa exports its natural resources so that countries negotiate in terms of how they can use their natural wealth to grow infrastructure.

So I wouldn't really say it is a sleeping giant. … It's a giant that is looking around to see how best it can carry its own weight. The challenge we still have is its ability to carry our own weight as Africans because of the mindset that we have had for 50 years that other people are the experts that can help Africa.

Should the African Union be at the core of stimulating growth in Africa? If not, then what role should it the AU play in relation to Africa's development?

In my view, Addis Ababa [where the African Union has its headquarters] should be a networking headquarters for Africans to come and share their latest innovations or political solutions. But the real driver for Africa at the moment is the regional economics blocs because they are closer to the pulse of the people, closer the pulse of the markets. 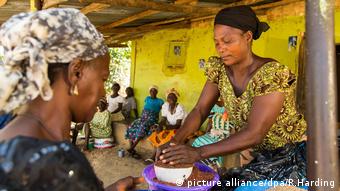 "Africans have been traders since the world was formed," says James Shikwati

Giving the African Union the role of trying to drive development, I think that would be quite difficult. But having the headquarters, and having its history as African Union headquarter for a united Africa - I think we can still retain it as a networking area.

You notice even in Europe, solutions … have come from networking. You bring your innovation, somebody else brings theirs and society has to pick which one they think works for them. Sometimes it fails or some times it gains traction. I think the African Union can offer that opportunity, where we present our solutions to Africa and then have them compete so that we pick which one we can agree on in terms of what Africa should use or utilize.

James Shikwati is the founder and director of Inter Region Economic Network, a think tank based in Kenya that develops ideas and strategies to enhance the quality of life for people in Africa. DW talked to Shikwati on the sidelines of the conference, Start-up Africa: Make Africa's Economy Strong, held in Bonn, Germany.

As Germany dramatically boosts its defense budget in the face of the Ukraine war, it is planning a reduction of development aid by 12% in its draft budget. The decrease has critics up in arms.

Svenja Schulze, an experienced climate politician, has taken over the German Development Ministry. She will struggle to get enough funding to fight global hunger and poverty and shape a new agenda.