Wolfsburg have confirmed Mönchengladbach and Germany striker Max Kruse will join the club in the summer on a four-year deal. Kruse scored against Wolfsburg last month as the Foals bid to regain Champions League status. 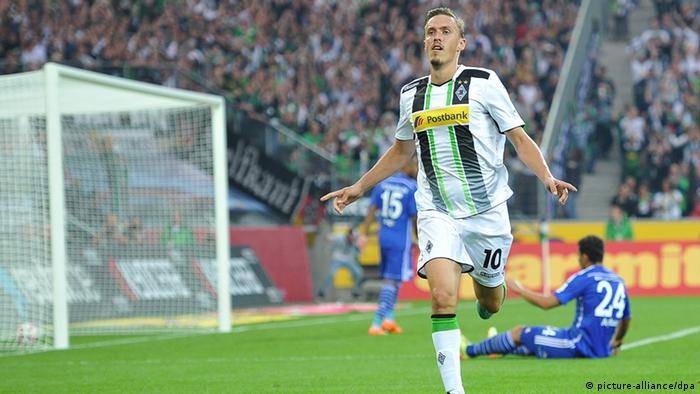 Wolves' Sporting Director, Klaus Allofs, confirmed what had been rumored for days after his club's 3-1 win over Paderborn. "Max [Kruse] will join us on a four-year contract in the summer," Allofs said.

Gladbach had no chance to stop this move. Wolfsburg have activated the striker's set release-clause of 12 million euros (13.46 million dollar) in his contract with the Foals.

"We're very happy that Max Kruse has decided on a switch to Wolfsburg," Allofs said. "He is the type of forward that was missing from our squad and he increases the quality and variety of our attack."

Kruse, 27, had secured at least a Champions League qualification place for Borussia Mönchengladbach against Wolfsburg last month and scored in Gladbach's 3-0 win over Bayer Leverkusen on Saturday.

The German international, who joined Mönchengladbach from Freiburg in 2013 for five million euros, has scored 25 goals over two seasons with the Foals.

Mönchengladbach face Werder Bremen away and Augsburg at home in their final two league games of the seasonand look a near-certain bet to join Wolfsburg in club football's premier competition next season.