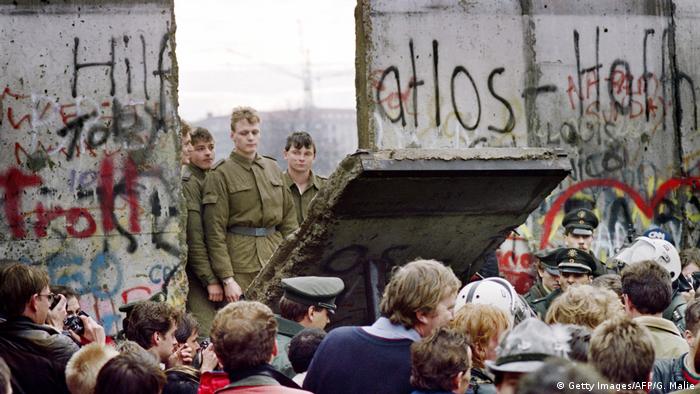 As Germans celebrate the 28th anniversary of the reunification of East and West Germany, Bundestag President Wolfgang Schäuble emphasized that German reunification was a "second chance" for the country.

"That is why we must remain sensitive to any attempt to evade historical responsibility or question liberal democracy," said Schäuble at a ceremony at the Berlin Opera House.

Read more: Germany: The gap between east and west is narrowing, but not fast enough

Schäuble — arguably the most decorated politician still active in Germany — was interior minister at the time of reunification, and played a significant role in East Germany's negotiations for reunification with the West.

Germany was reunited on October 3, 1990, under the guidance of then-Chancellor Helmut Kohl, after more than four decades of Cold War division, and less than a year after communist East Germany opened its heavily fortified border. 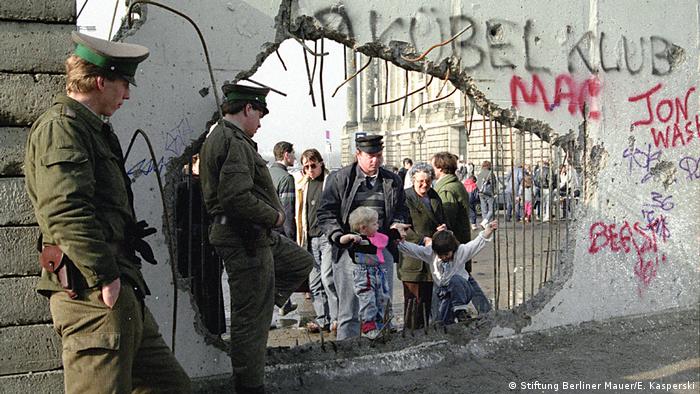 While there has been much progress made since, economic and other differences between the east and west still persist.

Schäuble said the success of Germany was grounded in the renunciation of violence, in freedom of expression, tolerance and mutual respect.

The 76-year-old spoke out against populists, saying "nobody has the right to claim that he alone represents 'the people.'"

"In our country, nobody has to tag along with right-wing populists and right-wing extremists to express criticism," Schäuble said.

'A long road' to unity

Chancellor Angela Merkel, who grew up in East Germany, reminded the country that "German unity is a process, a long road."

"German unity is not complete, but continues to challenge us 28 years later," Merkel said.

The process "repeatedly challenges people throughout Germany to listen to each other, to approach each other," Merkel continued. "Only in this way can German unity really succeed," she added.

German President Frank-Walter Steinmeier echoed Merkel's stance on the need for Germans to maintain open dialogue with one another. "The most important thing is that society comes into conversation with itself," Steinmeier said.

Berlin Mayor Michael Müller wrote on Facebook ahead of the event that while it was a happy day, it was also a reminder that, in these times, it was important to "stand up and fight for our democracy." This was a job for "everybody, every day. Against exclusion, against hatred for an open and tolerant country," Müller wrote.

Helmut Kohl wanted a European Germany, not a German Europe. It was a theme touched on by all the funeral orators at the memorial service for the former German chancellor. DW's Bernd Riegert reports from Strasbourg. (01.07.2017)

States in the former GDR lag economically 28 years after reunification. And there are many other reasons why people in eastern states feel like they are treated as second-class citizens, DW's Marcel Fürstenau writes. (03.10.2018)