Will Spain face a gas crisis as Western Sahara conflict flares up? | Business | Economy and finance news from a German perspective | DW | 16.06.2022

Will Spain face a gas crisis as Western Sahara conflict flares up? 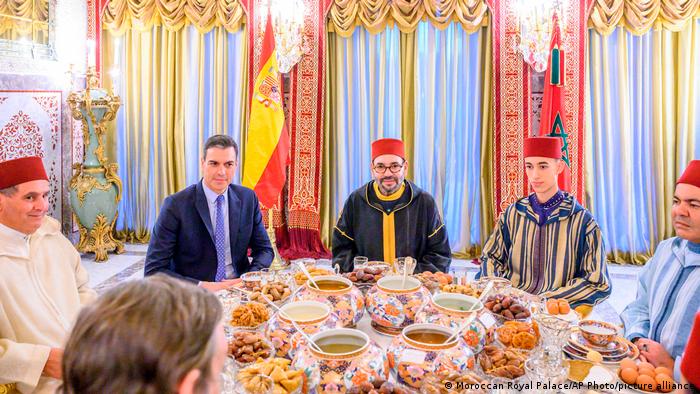 Perhaps it was by accident, but the coincidence was nevertheless striking. On the very same day Algeria suspended its friendship treaty with Spain on June 8, some 113 African refugees landed on the shores of the Spanish holiday island of Mallorca. The number of refugees, who had set sail from Algeria, was the biggest registered in a single day on the island this year.

Immediately, the government in Spain started wondering whether Algeria was now also resorting to illegal migration as a political weapon to sort out its differences with the EU member state. A similar tactic was applied by Algeria's neighbor Morocco last year in May, when the North African state opened its borders to allow about 6,000 refugees to swim to the Spanish exclave of Ceuta. 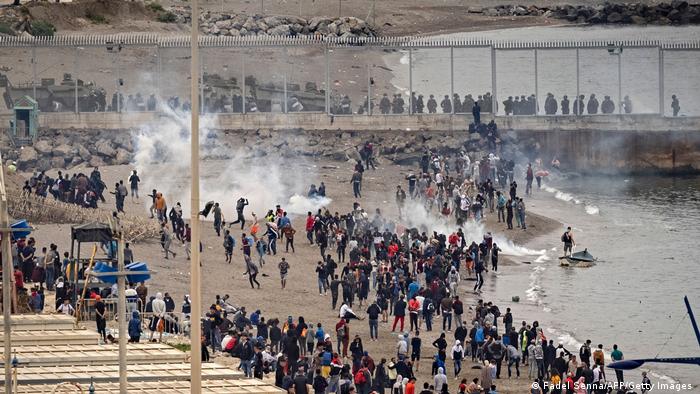 Refugees reached Ceuta by swimming or by walking at low tide, some used inflatable swimming rings

High stakes for the EU

However, there's more at stake in the spat between Spain and Algeria than renewed wrangling over migration policy. In the European Union, concern is mounting that the bilateral dispute might provoke a gas supply crisis on its southern periphery. And this at a time, when the EU is desperately exploring alternative gas resources to cut its huge dependency on supplies from Russia.

Algeria is Spain's second-biggest supplier of natural gas and covers about one-quarter of Spanish needs. But the North African country is important for the whole of the EU, supplying a total of around 11% of the bloc's overall gas demand.

Western diplomats have repeatedly warned that the authoritarian government of President Abdelmadjid Tebboune in Algiers could pose a security risk to EU energy policy by using gas as a political weapon, similar to Moscow's current efforts to counter EU sanctions.

Latest developments have shown that the concerns in Brussels are not unfounded. In November 2021, Algiers shut off one pipe of the Maghreb-Europe Pipeline (MEG) which links Algerian gas fields via Morocco with Spanish and Portuguese gas grids. Annually, about 12 billion cubic meters of natural gas flow through the dual pipeline, with Morocco also benefiting from a gas-for-transit deal.

The never-ending dispute over Western Sahara

What's behind the disruptions of gas flows from North Africa is the ongoing dispute over Western Sahara  — a territory occupied by Spain until 1975 when Morocco annexed it. Since then, the desert region has been claimed by Morocco and the Indigenous Sahrawi family, led by the Polisario Front and backed by Algeria. Polisario is fighting for an independence referendum and has the support of the United Nations.

Until three months ago, Spain had remained neutral in the political row regarding its former colony. But in March, the Spanish government led by Socialist Pedro Sanchez made a surprise policy U-turn. In a letter to King Mohammad VI of Morocco, Sanchez announced his support for limited autonomy under Moroccan sovereignty, calling the plan "the most realistic basis" for Western Sahara. 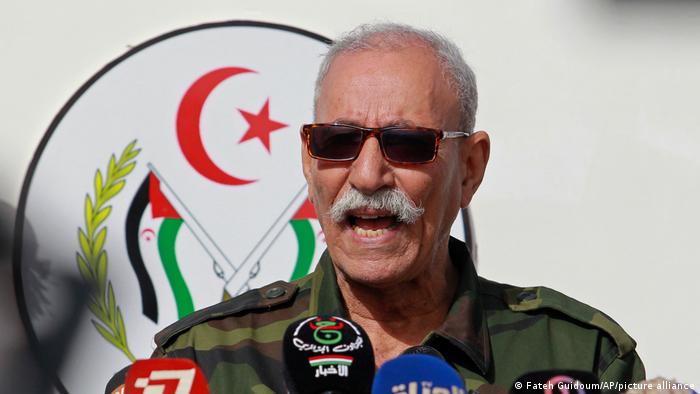 In May 2021, Spain’s high court refused to arrest Polisario leader Brahim Ghali who was being treated for COVID in Madrid

Quite naturally, Rabat applauded, while Algiers fumed. In retaliation to the Spanish decision, Algerian President Tebboune recalled his ambassador to Madrid and suspended an agreement for the repatriation of thousands of Algerian refugees in Europe. In addition, the state-owned gas company Sonatrach said Spain would now have to pay more for Algerian gas.

A few days ago, President Tebboune chose to escalate the rift by suspending a 20-year-old friendship treaty with Spain. Moreover, he threatened to freeze trade between the two countries, but refrained from cutting gas supplies altogether. He argued that the Spanish decision was a "violation of international law" and that the illegal occupation of Western Sahara by Morocco "cannot be tolerated."

Reconciliation with Madrid was only possible, Tebboune added, if Spain returned to international law and acknowledged the people of Western Sahara's right to self-determination.

Madrid's policy change not only plunged the Sanchez government into a major dilemma, but is likely to create a fresh conflict on Europe's southern periphery. This comes at a time when Europe's gas conflict with Russia is worsening, with a "new frontline emerging in the South," as the influential Spanish newspaper El Pais wrote recently.

Meanwhile, the European Commission has stepped into the fray, warning Algiers against imposing an all-out Spanish trade blockade. The EU's executive arm threatened to push back with sanctions, which prompted President Tebboune to give in and announce that gas contracts with Spain and Europe would be honored. Even bilateral trade would continue without interruption, he said.

Can Africa bridge the gas gap in Europe?

Nevertheless, a gas blockade remains the elephant in the room as the EU and Algeria seek to normalize relations again. Despite Russia's war in Ukraine, Algiers has remained a close ally of Moscow and has so far refrained from publicly denouncing the invasion. Russia's state-owned gas giant Gazprom is a major player in North African gas fields through its multiple stakes in various national operators.

When push comes to shove, nobody can say just how Russian President Vladimir Putin will use his strong leverage in the region.