While most of the thousands of migrants who entered the Spanish enclave of Ceuta were deported, local Spanish officials struggle to care for the minors it cannot unceremoniously send back across the border to Morocco. 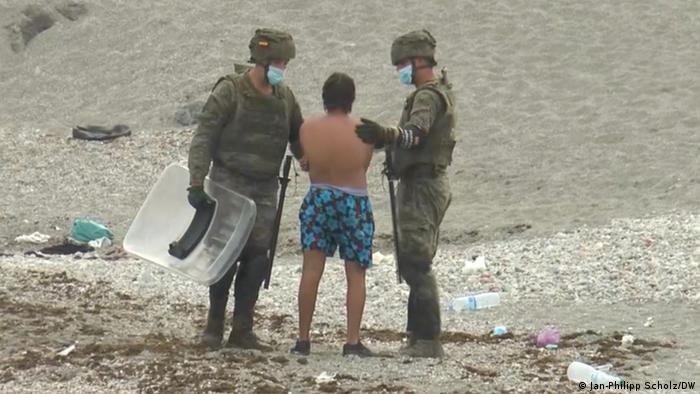 Thousand of people, including hundreds of children, entered Ceuta in recent days

The weather is good, and Marwan sees his goal in front of him on the horizon. The 16-year-old Moroccan wants to reach mainland Europe, less than 30 kilometers away on the other side of the Strait of Gibraltar.  He made it to the Spanish enclave of Ceuta, which is separated from Morocco only by a six-meter (20-foot) fence.

Normally, that fence means the end of the line for Marwan and thousands of others, but Morocco suspended its border controls earlier in the week in what many interpreted as the country getting back at Spain over several diplomatic disputes.

"No one is taking care of us"

Marwan seized the opportunity, jumped in the water and swam along the coast past the border fence. He has wanted to leave his homeland for a long time now, as poverty and desolation become increasingly unbearable to him there. He reached the Spanish enclave in less than an hour, together with thousands of other migrants.

"The actual swimming part of it wasn't as bad as I feared it would be," he said. But from that point on, nothing went the way Marwan expected.

He's been sleeping on the streets for the last three days now and begs his way through the harbor district during the day.

"So far, no one is taking care of us," he said. "Most of what we have gotten to eat was from other Moroccans in the city."

The Spanish government has given shelter to around 800 underage migrants in empty warehouses near the border crossing. The southern European country was quick to deport most adults informally as migrants were often dropped off in large groups on the other side of the border. Such deportations are highly controversial but have been common in Ceuta for years now due to an agreement between Spain and Morocco. When it comes to unaccompanied minors, however, such practices are prohibited, and the Spanish state is required to, at least temporarily, take care of them. 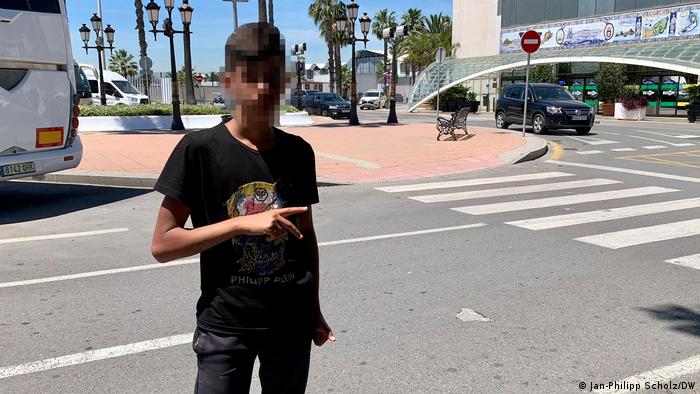 Everything and anything needed to help the young people is in short supply, according to Red Cross officials on the scene.

Still, supplies are dwindling and more arrivals on Ceuta's coast are expected. The Red Cross could not say how many young people, like Marwan, are sleeping out on the streets of Ceuta, but estimates put the number in the hundreds. 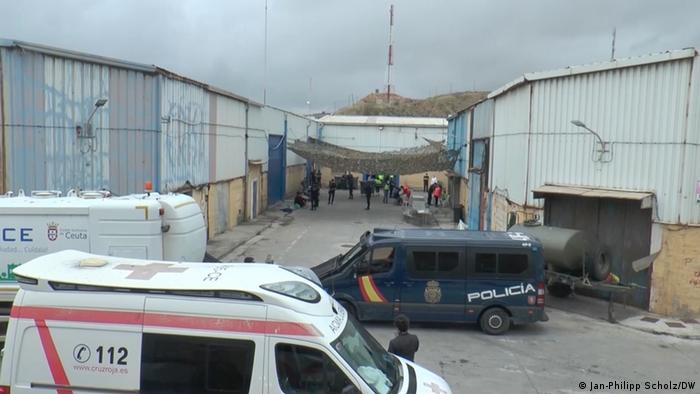 With little space in the Spanish enclave, migrants are housed in old warehouses

Between pity and fear

Many of the homeless young migrants are currently sleeping under bridges or in parks. During the day, they gather in squares, in front of supermarkets or around the harbor. Passing residents say they're torn by the sight of the young Moroccans and don't know what to make of them.

"So many are arriving right now that it's no longer normal," a young mother said. "Most of us are really scared."

A local teacher, who has been living in Ceuta for years now, said he's is not scared but that "many of his students are and are not coming to class." A local taxi driver who goes by the name of Yunis doesn't understand this fear. "We've never had problems with Moroccan migrants," he said. "Normally, our city actually benefits greatly as a result of the migrants."

Before the coronavirus pandemic and border closures that came with it, there was a prosperous cross-border trade between Ceuta and its Moroccan neighbors. Such trade wasn't strictly legal, as inexpensive goods were often smuggled into Morocco from the tax-privileged Spanish enclave, but both sides seemed to profit from it. That cross-border trade has since collapsed, and thousands of Moroccan families now have no income. Many experts say this is one of the main causes of the extreme migratory pressure in the region, with some referring to it as coronavirus-driven poverty migration. 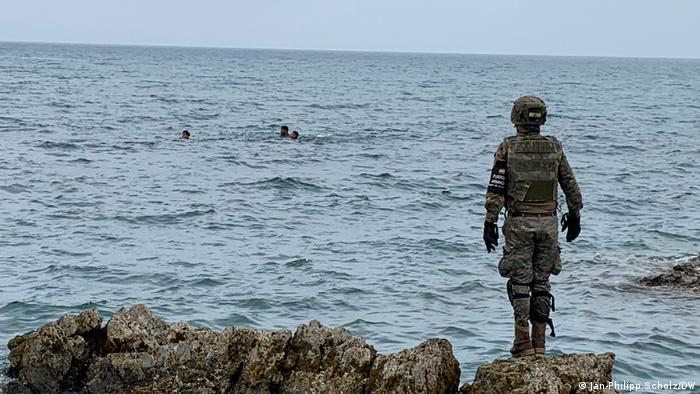 Juan Jesus Vives, who heads Ceuta's local government, said he can see the young Moroccans from his office window. He also makes no secret of the fact that the city is overwhelmed by the current situation. Still, he said the government is doing all it can to treat the minors in accordance with both Spanish and European guidelines.

Marwan said he holds out hope of reaching the European mainland. What he would really like is to make it all the way to France, although he only speaks a few words of French and isn't able to identify the country on a large map of Europe at the front of the port entrance. Still, Marwan is sure of one thing: Anything is better than the current situation back home.

"We don't have anything," said the 16-year-old. "Not even the chance to go to a proper school." 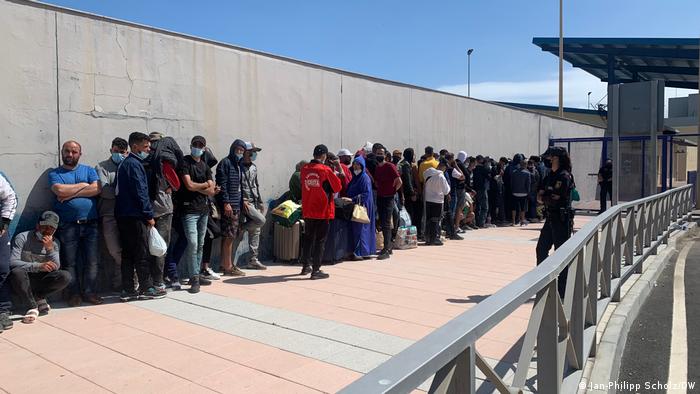