Morocco-Algeria relations: What is fueling the current tensions? | Middle East | News and analysis of events in the Arab world | DW | 05.11.2021

Morocco-Algeria relations: What is fueling the current tensions?

Tensions between the two neighboring North African countries have been growing, and Algeria's rhetoric points towards an armed conflict. Analysts however doubt that an escalation is imminent. 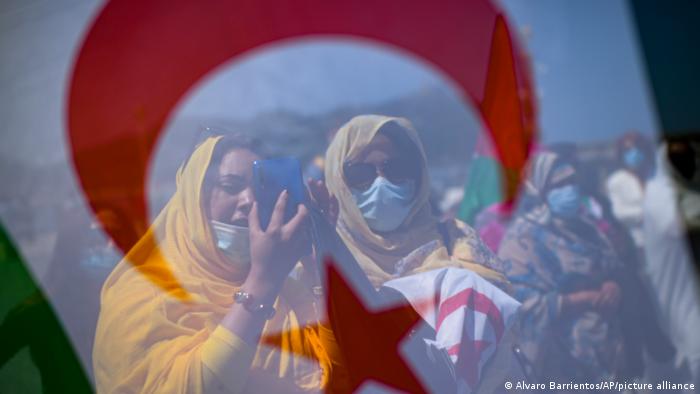 Relations between arch-enemies Morocco and Algeria have hit a new low after three Algerian truck drivers were killed on Monday.

So far, Morocco has denied any involvement in the bombings that took place in the Moroccan-controlled Western Sahara near the border with Mauritania. Morocco controls 80% of the Western Sahara, Algeria supports the independence movement Polisario Front.

But Algeria's president, Abdelmadjid Tebboune, has already warned Morocco that "their killings will not go unpunished," as the state news agency APS reports.

"At the moment there are still many question marks over the origins of the attack; some early research suggests that the location where it took place is considered Moroccan by Rabat but under the control of the Polisario by Algiers," Alice Gower, director of geopolitics and security at the London-based political adviser Azure Strategy, told DW by phone.

The killing of the three drivers on a desert road is the latest peak in a series of growing tensions between the two Maghreb states that support opposite sides of the dispute over the Western Sahara territory, a former Spanish colony.

In November last year, then-US president Donald Trump had recognized Morocco's claim over the phosphate-rich Western Sahara as part of a quid pro quo for Rabat's normalization of diplomatic relations with Israel.

This agreement was much to Algeria's dismay as it has been a firm supporter of the local Polisario Front with the Sahrawi group that seeks independence for the region. 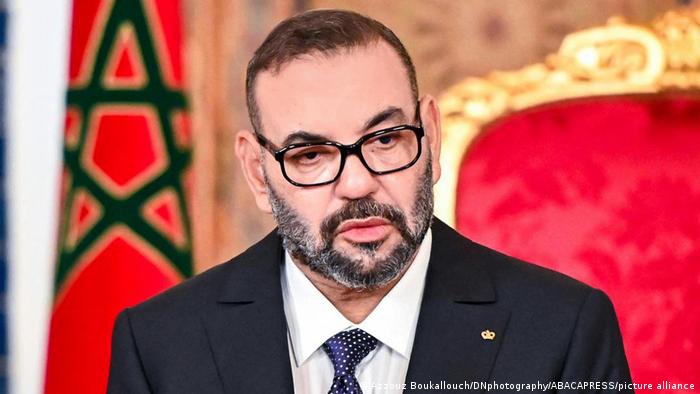 Since then, relations between Algeria and Morocco have been going downhill with ambassadors being recalled, borders closed, accusations for sparking forest fires being thrown around, airspaces being blocked and the killing of three Algerian truck drivers adding fuel to the fire.

This week, the difficult situation has been even further exacerbated, with Algeria ending the contract for a gas pipeline that runs via Morocco to deliver gas to Spain.

A presidential statement confirms that Tebboune had given the order to not renew the contract "in light of the hostile behavior of the (Moroccan) kingdom which undermines national unity."

Algeria has been using the Gaz-Maghreb-Europe pipeline (GME) for the past 25 years to deliver natural gas to Spain and Portugal — via Morocco.

Morocco, in turn, has been receiving about 10% of its gas supply as compensation. 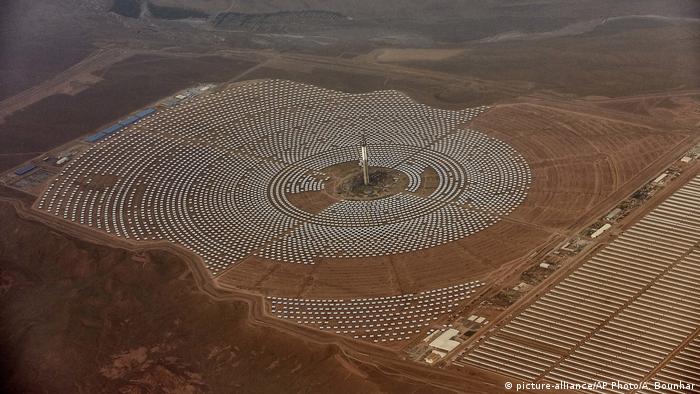 However, the contract between Algeria's state-owned energy company Sonatrach and the Moroccan National Office for Energy and Potable Water (ONEE) ended without renewal in late October this year.

While Algeria has promised to meet Spain's demand by using the smaller undersea Medgaz-pipeline instead — as it doesn't run through Morocco — the decision has sparked fear of gas shortages and soaring energy prices in Spain and other European countries.

However, for Algeria, much is also at stake if they can't meet the demand.

"Algeria has obviously said it can replace the supplies to Spain through the Medgaz pipeline. There are expansion plans for that, but they're not due for completion until the end of this year at the absolute earliest," Gower said, adding "there is no back-up plan. Medgaz was the backup plan. So, it is quite a risky position to take."

The 10% cut of energy supply is a setback for Morocco as well, since the country has to import about 95% of its energy.

Solar panel initiatives are already up and running but Morocco is far from being energy-sufficient enough to cover such a loss.

However, Morocco's ONEE was quick to assure in a statement that "the decision announced by the Algerian authorities not to renew the agreement on the Maghreb-Europe gas pipeline will currently have only a minimal impact on the performance of the national electricity system."

More important is though, that the "Moroccan King Mohammed VI. can rely on a broad social and political consensus that the Western Sahara should be Moroccan and he has little criticism to fear from his own people," Sonja Hegasy, Vice Director at the Berlin-based Leibniz-Zentrum Moderner Orient (Leibniz Center for the Modern Orient, ZMO), told DW on the phone.

In addition, Morocco has been keen on mending ties with various European countries, among them Germany, after several fallouts in the past year.

"Morocco is in a difficult position where it needs to repair its relationship with the EU at the moment, and particularly now it wants to complete that process so it can focus its diplomatic efforts on the situation with Algeria. It doesn't have the capability to handle both at the same time," Gower said.

While Tebboune has been upfront that his country would go to war with Morocco, both experts believe that there is actually little reason to fear an armed conflict at the moment. 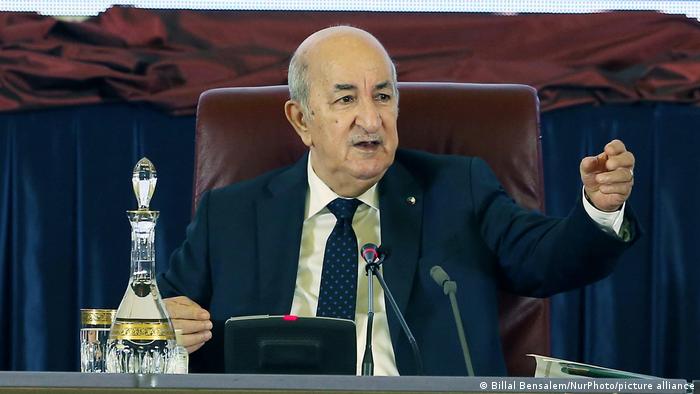 "There might be some effort to whip up support domestically and to try and create an enemy which therefore empowers the Algerian elite and the regime again. But without strong evidence, I think they would be hard pushed to launch some kind of military attack in response," Gower said.

She believes that neither side can really afford to push the envelope too far.

This view is echoed by Sonja Hegasy who is convinced that "both countries don't have any interest in waging a war on this conflict, so the most realistic scenario is that the bilateral relations are going to continue to stagnate."