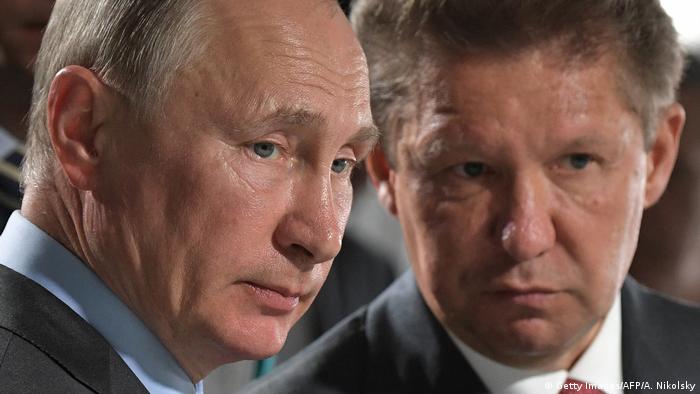 Europe is worried about its gas supplies. Across the continent, politicians and the public are speculating about whether Russia will supply enough gas in the months ahead, or whether the Russian president will use the artificial gas shortage as political leverage and let the continent freeze.

One country is already suffering from this scenario: Moldova, one of the poorest countries in Europe and one that is completely dependent on Russian gas. Russian state-owned gas monopoly Gazprom had supplied all of Moldova's natural gas until September, when talks to agree on a new deal fell through after Gazprom insisted on a price hike and on the repayment of alleged previous debts. In the weeks since, Gazprom has significantly reduced its exports to Moldova, with experts estimating there has been a 35% drop in supply.

Last week, the Moldovan government declared a state of emergency, resulting in restrictions for large-scale users, which have had to switch to heavy fuel oil and heating oil instead. The government is also seeking alternative sources of gas.

On Monday, Moldovan company Energocom signed a contract with Poland, which will supply a certain amount of natural gas. The next day, it shipped a million cubic meters. The European Commission has also pledged €60 million ($70 million) to help the country with its gas crisis. 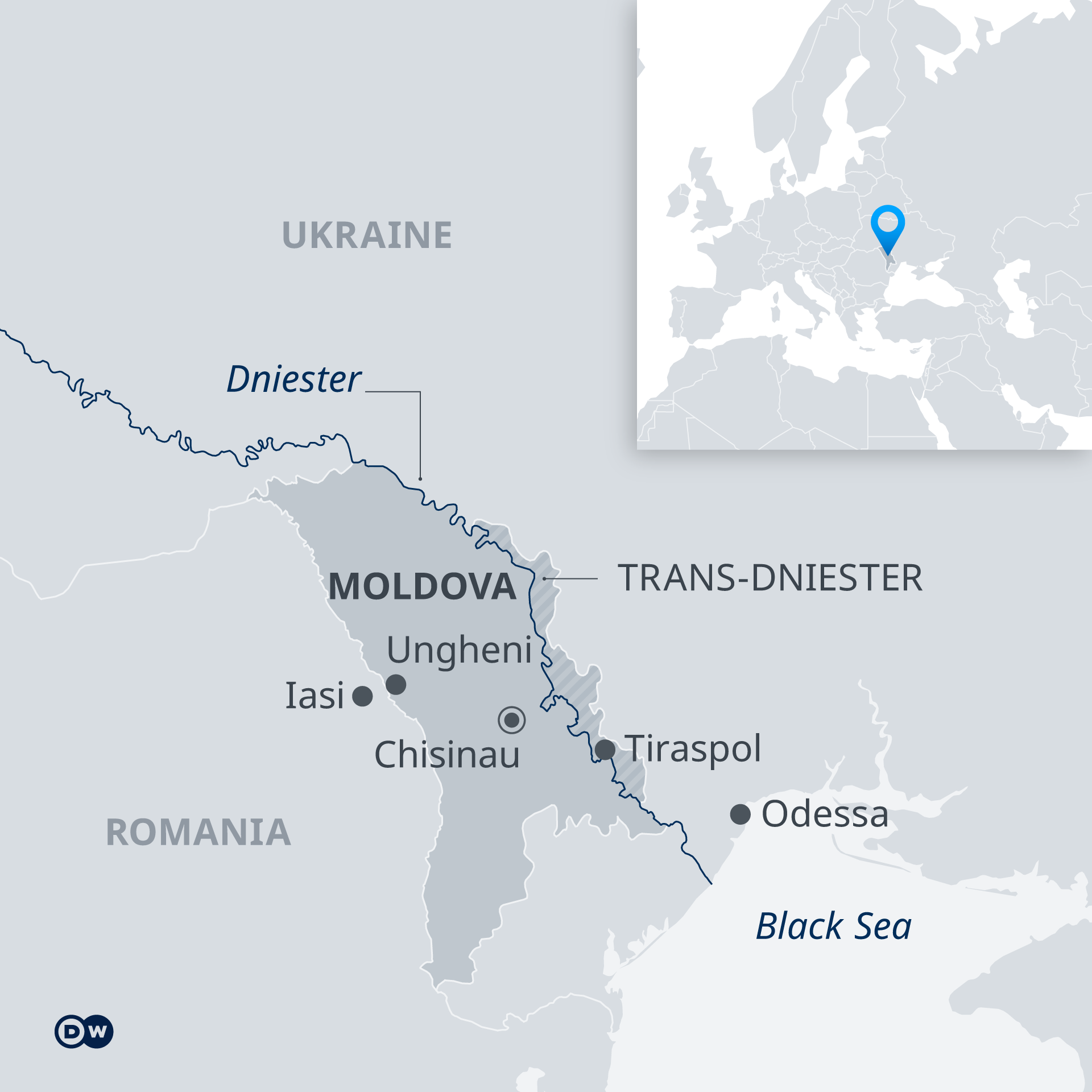 Observers, among them economist and energy expert Sergiu Tofilat, have described the ongoing gas crisis as a "blackmail maneuver" by the Kremlin.

"The timing of this blackmail is not coincidental," he told DW. "For years, there were no problems with gas supplies. But now one thing has changed: The pro-Russian forces in our country have lost power."

The current pro-EU president, Maia Sandu, has been in office since December 2020. She won the election against the previous pro-Russia head of state, Igor Dodon, whose Socialist Party of Moldova lost the parliamentary elections in July.

Since then, a cabinet of pro-EU reform forces from the Party of Action and Solidarity has been ruling the country under Prime Minister Natalia Gavrilita. Moldova's new political leadership wants to break free from Moscow's grip, hopes to join the EU and is in the process of implementing far-reaching reforms to fight corruption and enforce rule of law.

However, Moldova's new government has not taken a confrontational course toward the Kremlin. The president and other officials have repeatedly said Moldova is interested in maintaining normal and good relations with the Kremlin.

Solidarity with Georgia and Ukraine

Moldova, which was originally part of Romania, became a Soviet republic after it was annexed by Josef Stalin in the wake of the 1939 Molotov-Ribbentrop Pact. When Moldova proclaimed its independence in August 1991, the narrow strip of land known as Trans-Dniester, on the eastern bank of the Dniester River, broke away.

Pro-Russia separatists, who have not been recognized internationally, now run the country. Russia has stationed several thousand troops there, along with a huge arsenal of weapons that date back to the Soviet era. At the 1999 Istanbul summit for the Organization for Security and Cooperation in Europe (OSCE), Moscow pledged that troops would be withdrawn by 2002, but this has yet to happen.

President Sandu has reminded Moscow of this pledge several times in the past few months, calling for a solution to the conflict over Trans-Dniester. She has also expressed solidarity with Georgia, which has been embroiled in a frozen conflict for decades and faces Russian aggression, as well as with neighboring Ukraine, where Russia annexed the Crimean Peninsula in 2014.

Officially, the Russian government and Gazprom have denied that the current gas dispute has anything to do with politics. But last week Valentina Matviyenko, the speaker of the upper house of parliament and effectively the country's No. 3, lashed out against Sandu's "crude anti-Russian language" and said this would inevitably have an effect on bilateral relations. The remarks came immediately after a meeting with Moldovan Speaker of Parliament Igor Grosu, which was also about gas supplies.

Since 2007, Moldova has paid a price for Russian gas that is fixed according to the European average for long-term contracts. In the last year of the contract, which expired on September 30, this was around $150 (€130) per 1,000 cubic meters.
But in recent weeks, Gazprom has started charging the current price on the gas spot market, around three to four times more. Under a provisional contract for October, Moldova will have to pay almost $800 for 1,000 cubic meters. According to the Russian company, this is purely a matter of profitability. However, Belarus, for example, currently continues to receive gas at a price of around $150 per 1,000 cubic meters. The Moldovan government has said it would find a price of $200 to 300 acceptable.

Gazprom is also demanding repayment of $700 million in alleged old debts. Gazprom itself is the shareholder of the nominal debtor, Moldovagaz, Moldova's gas monopoly, and it's unclear how much the subsidiary owes its parent company.

"In the past, huge sums have disappeared from Moldovagaz because of fraud and corruption," energy expert Tofilat told DW. "A comprehensive audit of Moldovagaz would clarify who owes who what, but there has never been such a thing."

Last week, Moldova's deputy prime ministers, Andrei Spinu and Vlad Kulminski, went to Russia to negotiate a solution to the dispute, not only with Gazprom but also with Kremlin deputy chief of staff Dmitry Kozak. The negotiations were inconclusive, and are set to resume in the coming days.

Kulminski, however, is not responsible for gas-related issues, but for the Trans-Dniester conflict. And, back in 2003, Kozak was behind a memorandum that put forward a proposal for a federal Moldova and the recognition of the Trans-Dniester region. Vladimir Voronin, Moldova's president at the time, refused to sign the document in November 2005. Moscow switched off the gas taps not long afterward, citing economic reasons, as it's doing now. 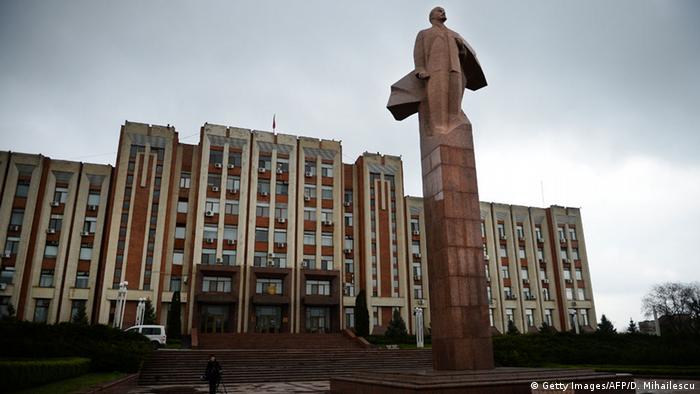 The breakaway region of Trans-Dniester has not been recognized internationally

Most of Russia's gas goes to separatist Trans-Dniester, where the Russian gas plant MoldGres produces electricity, among other things. This is what then supplies all of Moldova.

This setup has been the source of countless allegations of corruption and inconsistencies. Trans-Dniester has never paid for the Russian gas and is thought to owe about $8 billion to Gazprom. However, the company has never demanded payment. In effect, Russia is subsidizing the breakaway region, and a number of Russian and Moldovan companies are making money from this arrangement.

It is due to precisely these interconnections that mean Russia is unlikely to completely turn off the tap. Not only would Russian companies in Trans-Dniester suffer, but the pro-Russia mood in the region could also sour.

In Moldova, more and more voices are calling for a radical break from dependency on Russia for energy. "Over and over again, we have had to suffer Russian gas being used against us as a political weapon," said Moldovan political scientist Igor Botan. "It's long past time that we diversified and broadened our energy supplies."