The US and India have agreed to bolster defense and trade ties with an aim to minimize China's influence in South Asia. Beijing and Islamabad are forging their own alliance, which could increase tension in the region. 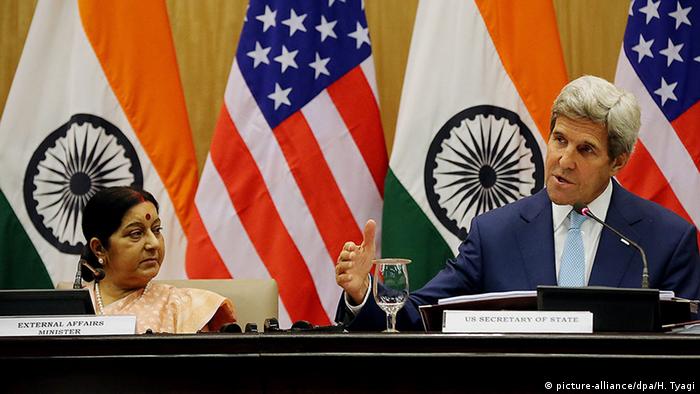 US Secretary of State John Kerry, who is currently on a trip to India, has made it clear that Washington wants to see India in a more powerful role in the South Asian region. Not only is the US moving ahead on a nuclear deal with India, it is also aiming to increase the bilateral trade to around $500 billion (448 billion euros) annually.

"I'm very, very confident that we will continue to strengthen what President Obama has called the defining partnership of the 21st century," Kerry said in New Delhi, adding that cooperation on trade and security had "room to be able to further grow."

"We also hope to see our civil nuclear cooperation take shape in the form of new reactors that will deliver reliable electricity to tens of millions of Indian households," Kerry said.

The US is actively supporting New Delhi's bid for the Nuclear Suppliers Group (NSG), which has been opposed by India's archrivals China and Pakistan. 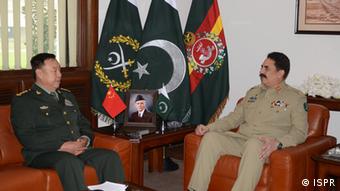 Indian Foreign Minister Sushma Swaraj said the India-US military cooperation would also get a boost as her country wanted to build more sophisticated hardware at home with US cooperation.

"We want to take our expanding defense cooperation to the next stage of co-production and co-development," Swaraj said at a conference alongside Kerry.

Experts say that the US wants India to play a greater role in the region to counter China's growing strategic and military assertiveness.

Amit Cowshish, a former Financial Advisor (Acquisition) for India's Ministry of Defense, says it is logical and understandable that the US considers India a committed ally in the South Asian region: "Shared democratic values and common interests in fields other than defense are the main drivers of the India-US relationship, but it is India's role as a stabilizing factor in the region and convergence between the two countries on US policy of Rebalance in Asia-Pacific and India's Act East policy that drives close defense ties," Cowshish told DW.

The changing geopolitics in South Asia has prompted Pakistan to forge closer ties with its long-time ally China. Beijing is expanding trade and military cooperation with Islamabad keeping in view the New Delhi-Washington maneuvers.

Last year, China announced an economic project in Pakistan worth $46 billion (41 billion euros). With the China-Pakistan Economic Corridor (CPEC), Beijing aims to expand its influence in Pakistan and across Central and South Asia in order to counter US and Indian influences. The CPEC would link Pakistan's southern Gwadar port on the Arabian Sea to China's western Xinjiang region. It also includes plans to create road, rail and oil pipeline links to improve connectivity between China and the Middle East.

Pakistan is currently grappling with an acute economic crisis. Experts say the CPEC can certainly stir the much-needed economic activity in the country.

The conflicting interests of the US and China in Asia and the new strategic formations have already spiked tensions in the region. The Indian-Pakistani ties are at their worst with both neighboring countries accusing each other of sponsoring terrorism.

Since July 8, the Indian part of Kashmir has been in a grip of violence. New Delhi has accused Islamabad of supporting separatist groups in the valley. Pakistan, in turn, has alleged that Indian intelligence agencies have been backing an insurgent movement in its western Balochistan province.

Kerry acknowledged that the deteriorating ties between India and Pakistan were having a negative impact on the security situation in the region, particulary in Afghanistan, where American troops are stationed. The top US diplomat chose to be tough with Islamabad.

"It is clear that Pakistan has work to do in order to push harder against its indigenous groups that are engaged in extremist terrorist activities," Kerry said in an address to students in New Delhi. "They must work with us to help clear the sanctuaries of bad actors who are affecting not only relations between Pakistan and India but also our ability to achieve peace and stability in Afghanistan," he added.

The warming ties between India and the US have alarmed Islamabad, analysts say.

"The US-India security agreements will have an impact on Pakistan. Islamabad is rightly worried. Why should Pakistan then work for the US interests in Afghanistan?" Talat A. Wazarat, an International Relations expert from Karachi, told DW. 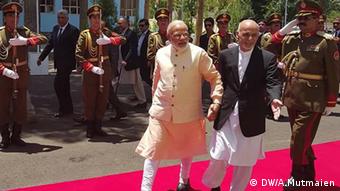 Ties between Kabul and New Delhi have improved a lot

"The new strategy is aimed at containing China's influence, but Pakistan is also bearing the brunt. China, Iran and Russia should also take the US-India deals very seriously and do something about it," she added.

Shuakat Qadir, a security analyst and former brigadier in the Pakistani army, told DW that Islamabad would take action against the militants on its own volition. "We are already fighting terrorists. The US needs to review its policies also," Qadir said.

Pakistan's military and civilian establishment, analysts say, still consider the Taliban an important strategic ally, who they think should be part of the Afghan government after the NATO pullout. Observers say that the Pakistani military hopes to regain the influence in Kabul it once enjoyed before the United States and its allies toppled the pro-Pakistan Taliban government in 2001.

"Kabul is friendlier towards New Delhi now, whereas Islamabad continues to back the Taliban. Pakistan wishes to change this scenario and turn Afghanistan into its political backyard once again," London-based journalist and researcher Farooq Sulehria told DW.

Nonetheless, some experts blame the growing US-China rivalry for the worsening state of security in South Asia and believe it could trigger new conflicts and plunge the region into a deeper turmoil. India and Pakistan, they say, are only adjusting to changing geopolitics.