Why religious narratives are crucial to tackling climate change | Asia | An in-depth look at news from across the continent | DW | 23.11.2019

Why religious narratives are crucial to tackling climate change 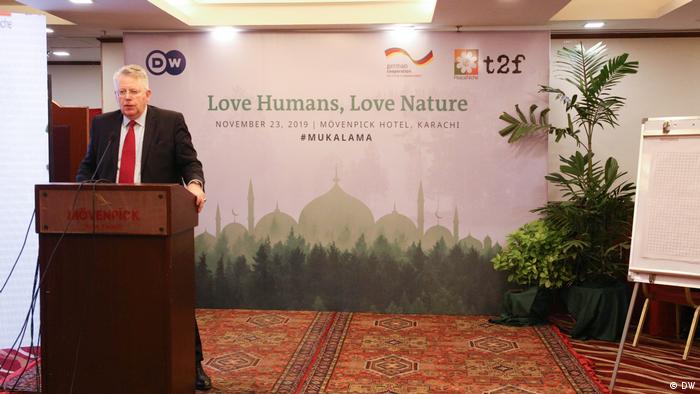 The climate-change discourse is generally considered a Western concept in most Islamic nations. Pakistan, a country of around 220 million people, is not any different. First of all, climate change is hardly a topic of public discussion, as was evidenced by the fact that only a few thousand people participated in the Fridays for Future march in September. A majority of people, often struggling to make ends meet, either don’t pay attention to environmental degradation or reject it as an NGO-driven, elite class agenda.

So what can be done to create awareness about a serious global issue that threatens the entire ecosystem and human existence?

Activists say that a lack of education in countries like Pakistan makes it even more difficult to campaign for environmental protection. DW's Eco Islam project stresses the need for engaging with local communities and speaking with them in their own language about environmental issues. As religion often plays a huge role in people's lives, using religious narratives that support an eco-friendly agenda could help raise awareness about climate change.

After the first DW Eco Islam conference in Jakarta, Indonesia, last month, Germany's international broadcaster held its second one in Karachi, Pakistan, on Saturday. The aim of the conference was to highlight Islam's environment-friendly messages and encourage religious clerics to propagate and promote the anti-climate-change cause. The Second Floor, a Karachi-based nongovernmental organization, collaborated with DW to put together the event. 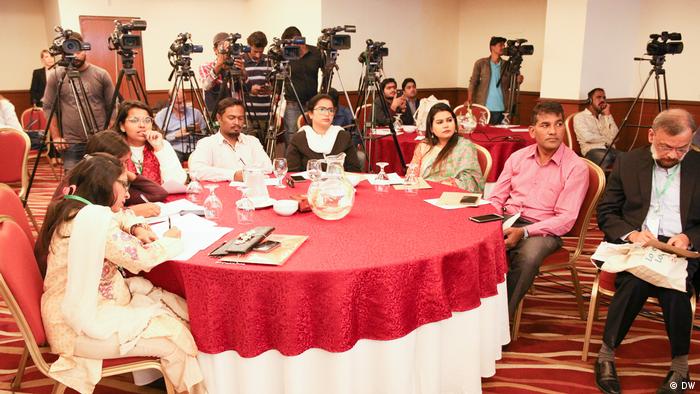 DW's Director General Peter Limbourg (main picture) told the Karachi Eco Islam conference that it was high time to bring religion into the climate-change discussion. "Religious leaders have a great reach to the common people. Sometimes even the government and media can't influence them that way. It is also important to remind people that environmental protection has always been emphasized by their religions," Limbourg said.

"We, as a media organization, can offer a lot. We can initiate dialogues. But we don't want to teach people what to do; we can just put forward ideas with which they can protect their environment," DW's director general added.

Moshin Naqvi, an Islamic scholar, is of the view that Islamic scriptures can inspire people to become environment-friendly.

"If we look at the teachings of Islam, we find many examples of environmental protection. For instance, Prophet Muhammad instructed Muslims to take care of other human beings, animals and even trees. Humans are not allowed to damage the ecosystem," Naqvi explained.

"DW’s initiative provides a platform for people of different faiths to discuss the issue of climate change. But we need to reach out to the masses. These dialogues usually target an educated class; we need to communicate with the common person," Naqvi added. 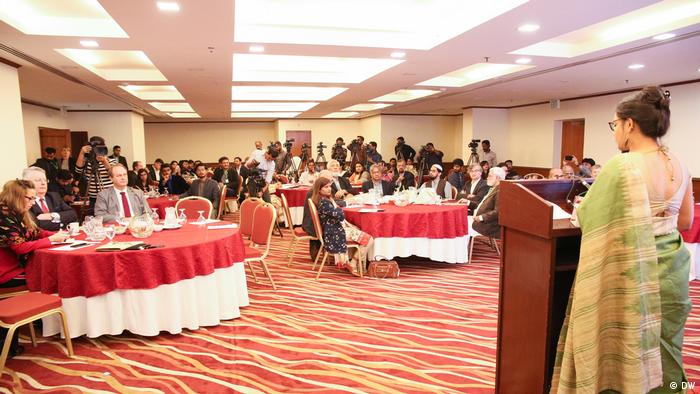 Debarati Guha, head of DW Asia, said environmental protection was at the core of all religious teachings

Pakistan is facing a number of challenges due to environmental degradation and climate change. Global warming has resulted in longer and harsher summers, and water scarcity in the South Asian country has been dubbed a bigger threat than terrorism.

Wide-ranging urbanization and cutting of trees has greatly increased air pollution in the past few decades. On Friday, Amnesty International warned that tens of thousands of Lahore city residents were at risk of respiratory disease due to the poor air quality. Amnesty blamed rising smog levels on the Pakistani government's insufficient response.

Murtaza Wahab, the environment adviser to Sindh province’s chief minister, admitted that climate change had not been properly addressed in his country. "It is a neglected sector in Pakistan. But now we are dealing with this issue seriously. Recently, we approved a climate-change policy that aims at increasing the public-private partnership to protect the environment. We have also banned the use of single-use plastic," Wahab said.

"But I must add that in recent times, the authorities are being forced to pay a bit more attention to the climate problems because they have become more visible and are affecting people’s lives," Mooraj said.

Urban forests are a breath a fresh air for steamy Karachi