Rights groups called on Lahore to take "urgent action" to prevent a thick smog further engulfing the city of more than 10 million people. Authorities told parents not to send their children to school. 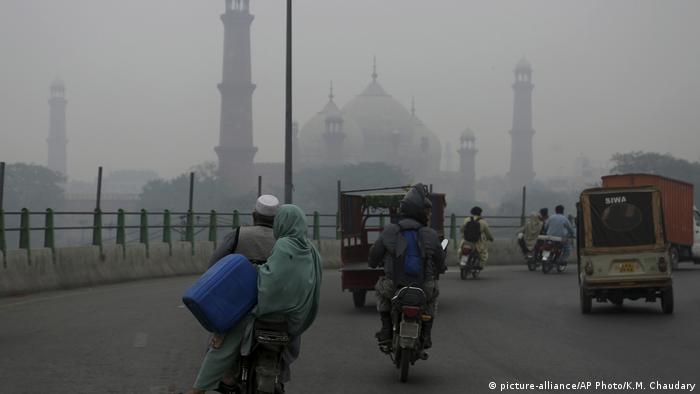 Amnesty International is urging global support for a campaign on behalf of residents in Pakistan's eastern Punjab city of Lahore where a thick smog continues to loom over the region.

The UK-based rights group warned Friday that tens of thousands of people are at risk of respiratory disease due to the poor air quality.

The warning comes a day after Lahore's Air Quality Index skyrocketed to 598. At 300 and above, the air is considered unhealthy.

"The issue is so serious that we are calling on our members around the world to write to the Pakistani authorities to tell them to stop downplaying the crisis and take urgent action to protect people's health and lives.'' 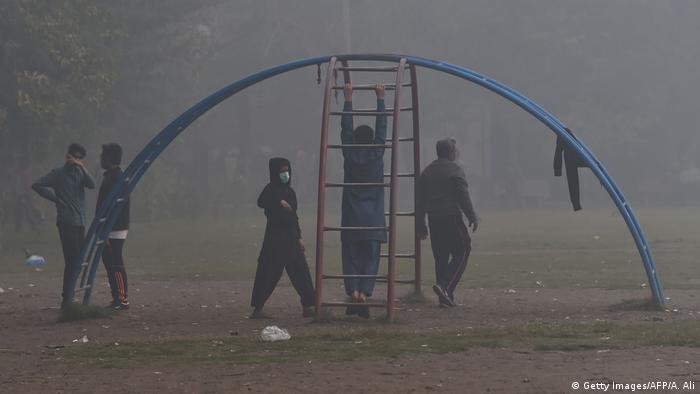 One of the most polluted cities

Lahore, one of the country's wealthiest cities and once known as the "city of gardens," has been struggling to regulate air pollution. It is now considered one of the world's most polluted cities.

Dangerous levels of air contamination have forced many of Lahore's residents to stay at home, with some residents taking to social media, tweeting, "Lahore you're killing me."

Mohydin said air quality severely declined to unsafe levels in November, with one out of every two days since the beginning of the month having been classified as "hazardous'" by air quality monitors implemented by the Pakistan Air Quality Initiative and the city's US Consulate. She said residents have not had healthy air for a single day in 2019.

Naseem-Ur-Rahman Shah, head of the provincial Environment Protection Department in Punjab, said thousands of people were treated this week at hospitals and clinics for respiratory-related diseases including asthma, fever, flu and cough.

Pakistan's minister for the environment drew criticism last week after denying in a statement that the air quality in Lahore was hazardous.

"The fast blowing winds brought thick smog from India to Lahore and the international community should pressure India to take
measures for controlling air pollution as it also affects us,'' said Shah.