China's extraordinarily high level of air pollution has been linked to premature deaths, respiratory illnesses and even reduced happiness. Now, a new study shows how "silent" miscarriages could be another consequence. 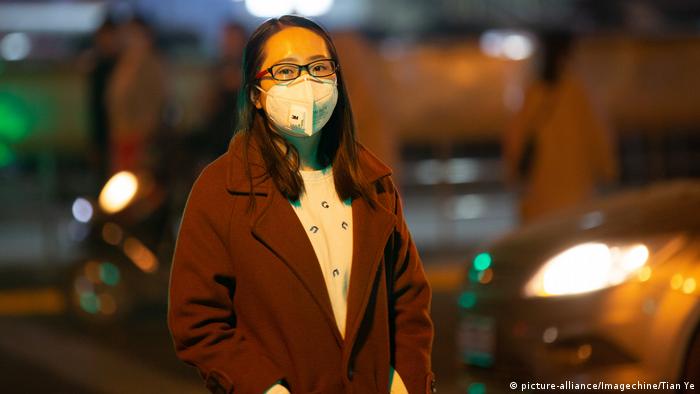 A typical adult takes around 20,000 breaths per day. If you live in a megacity like Beijing, with many of those lungfuls you're likely to inhale a noxious mixture of chemicals and pollutants.

According to BreatheLife, the air in the Chinese capital is 7.2 times above safe pollution levels, based on guidelines set out by the World Health Organization.

For expectant mothers, that means an increase in the risk of "silent" miscarriages, suggests a new large-scale study published in Nature Sustainability.

Air pollution is already known to raise the risk of premature birth, low birth weight and life-threatening health complications for pregnant women, like preeclampsia, which is marked by high blood pressure, or gestational hypertension.

But its impact on "silent" or missed miscarriages — where the fetus died or did not develop, but has not been physically miscarried — has been more difficult to establish.

A collaborative effort from 16 different authors at several universities in China, the study retrospectively examined the records of more than a quarter million pregnant women in Beijing from 2009 to 2017 in light of the womens' exposure to air pollution.

Among the women whose clinical records were studied, 17,497 — which is 6.8% — were found to have experienced these types of miscarriages.

Women who were older than 39 when they became pregnant, as well as farmers and blue-collar workers, had a higher risk of a missed miscarriage associated with air pollution, the authors said.

The authors defined "air pollution" as consisting of four pollutants: fine particulate matter (referred to as particulate matter 2.5 or PM 2.5), sulfur dioxide, ozone and carbon monoxide, and calculated the levels based on historic data from Beijing's network of air monitoring systems.

As the authors point out, previous research had found that when pregnant women are exposed to air pollution over the long-term, pollutants are able to cross the maternal-fetal blood barrier and affect the fetus.

The myriad harmful health effects of air pollution are well known and range from respiratory illnesses and children's cognitive decline to infertility, polycystic ovary syndrome and dementia. Nearly one million children die every year from pneumonia and half of those deaths are linked to air pollution.

The Chinese study is not the first to have found a link between air pollution and miscarriages — in February 2019, a study conducted in Salt Lake City in the United States, published in the journal Fertility and Sterility, found a increase of 20 micrograms of nitrogen dioxide per cubic meter was associated with a 16% rise in the risk of miscarriage.

That study analyzed the records of around 1,300 women between 2007 and 2015 who presented to the emergency department after having miscarriages. It found the strongest link between air pollution and lost pregnancy was the level of nitrogen dioxide in the seven days preceding a miscarriage.

Five years ago, the Chinese government declared a somewhat controversial "war on pollution," but air pollution levels in many cities around the country are still extremely toxic.

With global greenhouse gas emissions showing no sign of slowing down, China is not the only country with an air pollution problem. The World Health Organization says 91% of the world's population now lives in cities where the air is toxic.

The authors of the study noted that they will need to do more research to understand how air pollution affects the fetus, including modeling a wide range of environmental conditions using more data sources, particularly to include land use and land cover.

Kathmandu: Living and breathing in one of the world's most polluted cities

Nepal's capital Kathmandu is one of the fastest-developing cities in the world — and also one of the dirtiest. The city's inhabitants are battling with the health consequences. (16.09.2019)

Residents throughout China are facing new wave of COVID-19 cases. New measures to stop the spread dash hopes that Beijing will end its strict zero-COVID policy.