Kurzarbeit has been a lifeline for businesses and workers during the short, sharp economic shock of the coronavirus pandemic. But if business activity doesn't snap back, much higher unemployment is inevitable. 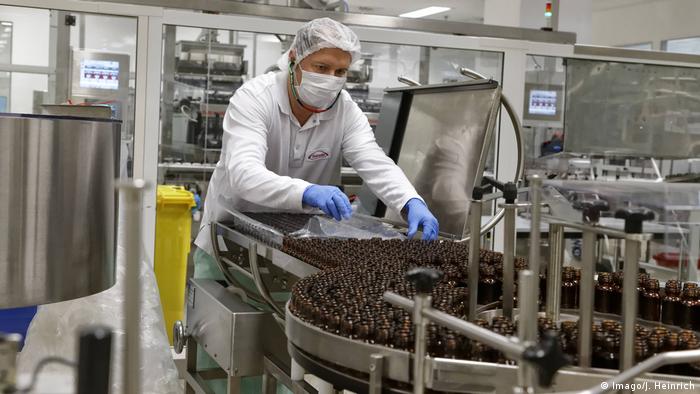 Half of all German firms have applied to put some or all of their employees on the government's reduced working hours scheme, the Munich-based ifo Institute for Economic Research calculated this week.

As a result of the coronavirus pandemic, more than 97% of firms in hospitality and gastronomy and 94% in the automotive engineering sector have availed of kurzarbeit (short-time work) – a state program that allows companies to cut working hours and receive generous subsidies to keep paying at least 60% of a worker's salary. Other industries are also reducing hours at unprecedented levels.

Kurzarbeit received the credit for a comparatively small number of layoffs during the 2008/9 financial crisis. At the end of 2009, unemployment in Germany was lower than a year earlier, while in the US the number of jobless doubled during the same period. Rather than cutting staff, German companies had the flexibility to reduce working hours and had a ready-made workforce when business picked up.

During the current health emergency, however, 370,000 companies have, to date, applied for the state subsidy, potentially putting as many as 10 million workers – a quarter of the workforce – on Kurzarbeit. This unprecedented demand for government subsidies, and the projected record 6.6% fall in GDP this year, has unnerved politicians and economists, who fear the economy could take several years to return to pre-coronavirus levels. They say a deeper recession would force tens of thousands of firms into bankruptcy and push others to downsize.

Indeed, ifo on Monday released new data revealing that 39% of automotive companies, 50% of hotels, 58% of restaurants and 43% of travel agencies had already shed staff in April. Higher than average layoffs were also being made in many other sectors but none in pharmaceuticals.

"From now on, the crisis will have an impact on the German labor market," said Klaus Wohlrabe, head of Surveys.

In a separate ifo study published last month, almost a third of German companies said they would survive barely three months if many of the pandemic-related restrictions remained in place, while just over half say they could hold out for six months. That's despite some €750 billion ($814 billion) in aid and government loans being made available since March.

While it's hoped the health crisis will be a short-term shock, any lasting pandemic will likely heighten the structural changes that the German economy already faces. The automotive industry, for example, has warned it will require far fewer workers in the electromobility era, climate change is already forcing a switch to renewable energies and increased automation will likely mean further labor market upheaval.

A second wave of coronavirus infections or the long-time use of social distancing measures would further hamper efforts to ramp up exports — which make up 40% of Germany's GDP — and would keep domestic demand weak for some time.

"If a structural change [in the economy] is required, then Kurzarbeit will not work," Lars Feld, chairman of the German Council of Economic Experts, told DW. He thinks if the downturn persists, subsidies for reduced hours working would keep uneconomical or "zombie" firms afloat. "But more importantly, human capital could be better deployed by firms with more future-oriented business models," Feld said.

The longer Kurzarbeit is in place, the more pressure the German government will face to raise the amount that workers receive as compensation for their loss of income. Targeting low-wage workers with additional aid is also a major priority for politicians, but the measure is unlikely to boost consumption much as long as social distancing measures keep demand subdued.

Will workers want to return?

Ministers have already approved a hike in the average wage paid to those on reduced hours from 60 to 70% of their salaries. But that has reignited concerns about welfare dependency and that some employees will be reluctant to return to full-time hours when the economy rebounds. Similarly, there have been reports in the US of minimum-wage workers requesting to be furloughed as the temporary state welfare is higher than their wages.

"Governments are panicking that this could be the largest crisis in 100 years, but the economic incentives that they have introduced could weaken the recovery when it comes," warned Moritz Kuhn, an economics professor at the University of Bonn.

A skeptic of the Kurzarbeit program, Kuhn questioned whether short-time working would shield enough workers from eventually being laid off and noted that the reduced wages and the unemployment benefit that most workers were entitled to were roughly the same.

He thinks Germany's economy shrugged off the Great Recession because of the successful labor market reforms introduced in the early 2000s, which disincentivized welfare and kept workers' wages stagnant.

"I don't find very strong arguments that support the idea that short-time work helped Germany come through the financial crisis," Kuhn told DW. The jobless statistics had fallen dramatically due to the earlier reforms, but "claims for unemployment benefit still increased by 30% in 2008," he added.

Feld, on the other hand, thinks Kurzarbeit is more effective than those stimulus programs often used to help an economy rebound after a recession. He said reduced hours working is a critical instrument that helps workers immediately during a downturn.

"Stimulus measures often come with a long delay between the decision and implementation and then end up being procyclical," he told DW. They're often surplus to requirement by the time they kick in.

Surveys have shown that more and more German companies are reintroducing short-time work to cushion the impact of a creeping economic slowdown. That policy tool had worked miracles during the global financial crisis. (04.07.2019)