The coronavirus pandemic has caused German firms to apply for a record 10.1 million workers on state-subsidised reduced hours terms. At the same time, the unemployment rate soared in April. 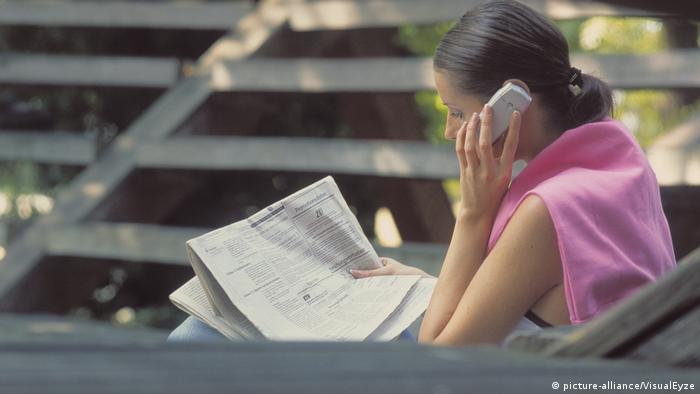 German companies have signed up a record 10.1 million workers for a state salary scheme to compensate cuts in working hours due to the impacts of the coronavirus pandemic, according to new figures released by the Federal Employment Agency (BA).

The previous record was in May 2009, when 1.44 million people were on reduced hours in the aftermath of the global financial crisis.

"Short-time work secures millions of jobs in Germany," said Labor Minister Hubertus Heil. "We may not be able to guarantee every job in our country, but we will fight for every job."

The number of people claiming unemployment benefits rose by 308,000 from March to April, 415,000 more than a year ago and taking the overall total to 2.644 million.

Follow the latest coronavirus developments in our rolling coverage

The spike marks the first time ever that unemployment and underemployment has increased in the month of April. The unemployment rate rose by 0.7 percentage points to 5.8%.

"The demand for new employees has literally collapsed," said BA chief Detlef Scheele. "The coronavirus pandemic will likely lead to the most serious recession in Germany of the post-World War II period … The labor market is also coming under pressure," he added.

Reduced work hours, known in Germany as Kurzarbeit, or "short-time" work, gives employers more options than the choice of keeping workers or firing them, explained economist Holger Schäfer from the German Economic Institute in Cologne.

"I can say, 'You come 70% of the hours, or 50% or 30%.' One doesn't have to say either all or nothing,'' he said. "When the crisis is over and the demand for labor rises, then the business owner has exactly the right staff available right away and doesn't have to find new people.''

Schäfer said the method also protects a country's entire economy. "When someone is afraid that their job will be lost in the near future, that person limits their consumption, they don't buy a new car and spend less money, and that has in turn an effect on the macro-economy.''

Germany's Kurzarbeit system has been credited with saving hundreds of thousands of jobs during the 2009 financial crisis and has been adopted throughout the European Union.

The German government expanded the programme as the scale of the coronavirus threat increased.

Applications for the scheme do not mean that workers will in fact be placed on shorter hours.

"Nevertheless, this is a never-before-seen figure compared with recent decades, and a multiple of the notifications seen during the great recession in 2008-09," the BA said.