Coronavirus: European solidarity comes at a price | Europe| News and current affairs from around the continent | DW | 22.04.2020

It's become the mantra of the coronavirus crisis: "Everything will be different after this." The pandemic has exposed weaknesses in health care systems and economies. How will Europe emerge from this crisis? 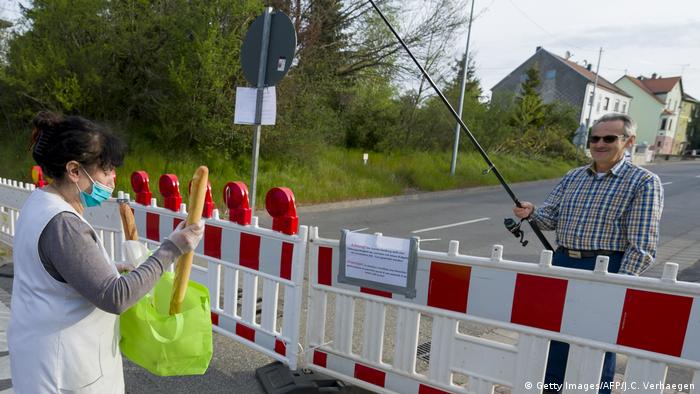 The coronavirus pandemic confronts the European Union with a dual challenge that French President Emmanuel Macron has called the EU's "moment of truth."

How should member countries coordinate health policy and economic responses going forward? Can they demonstrate more solidarity in the next phase of coping with this crisis than they did at its outset? DW teamed up with France24 to ask what France and Germany, often referred to as the motor of Europe, have learned over the past eight weeks of crisis management, and whether they are prepared to work together to drive economic recovery.

As the coronavirus began spreading across Europe, nation states called the shots. Even between EU neighbors, internal borders were closed, exports of medical equipment stopped.

German politician Matern von Marschall, who represents the southwestern German city of Freiburg in Germany's parliament, the Bundestag, described the devastating impact of the mid-March decision to reimpose controls at the normally open border with France. "About 40,000 people from Alsace commute to my region. They work in important places like hospitals. We absolutely need these people and all of a sudden they couldn't come," he told DW.

Under EU law, health care is handled at national level, but one takeaway from the current crisis is the need for better coordination precisely when countries are exercising far-reaching sovereign rights. 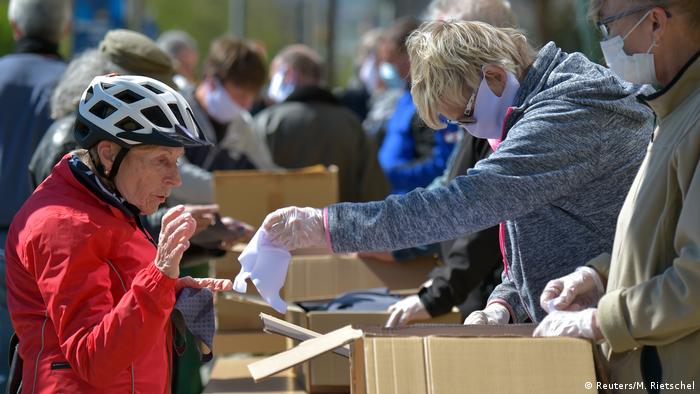 Compared to France, Germany is in a better position to deal with the pandemic

At Thursday's meeting of the Franco-German committee on cross-border cooperation, von Marschall plans to push for closer consultation, not least because controls have a political impact. "We have built a community of common values, democracy. We can maintain that only if we come together, talk together. If you have borders, you talk in a different way about your neighbor, soon you might not know him anymore." His concern appears justified: French visitors have been harassed in some German border towns.

One area where cross-border cooperation has been improving is the health care sector itself. French emergency care physician Syamak Agha Babaei, who serves on Strasbourg's city council, said COVID-19 caught hospitals there unprepared, and that the joint France24/DW broadcast was an opportunity to say 'thank you' to German colleagues for accepting the transfer of dozens of French patients desperately in need of intensive care. "They helped us continue doing our job and saving people with our remaining intensive care unit beds. That was a great act."

Austerity comes at a cost

He said a glance over the border at German hospitals, where intensive care beds are far more plentiful and the death rate due to the virus markedly lower, proves that France is paying an unnecessarily high human price for championing health sector austerity. "We had the accountants' vision of health policy for the last 20 years. We in the emergency departments have been saying for years that we need beds, nurses, doctors, more spending on public health structures."

Franco-German politician and European Green party co-president Daniel Cohn-Bendit says Germany, too, has learned lessons on the drawbacks of undervaluing health workers, yet has a comparative advantage in its strongly federal approach to health care. "If well-managed, and it is well managed in Germany where you have a health minister in every state, then even if you have less money, you can do more [and] organize better at a decentralized level."

The buzzword at Thursday's virtual EU summit will be solidarity — a word that means different things to different countries. While they agree on the magnitude of the downturn and consensus appears to be building on the need for an additional injection of up to €1.5 trillion ($1.6 trillion), northern and southern member states have clashed on how to fund recovery.

Put your money where your mouth is 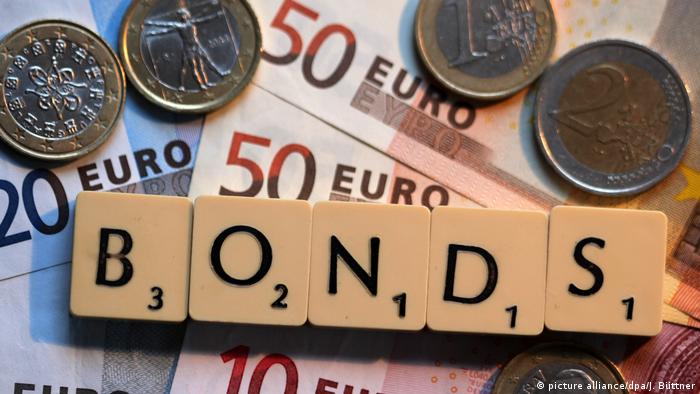 Macron has come out strongly in favor of mutual debt. Despite signs of movement in Berlin, Cohn-Bendit, for one, is not sure that the two countries once viewed as Europe's "motor" are truly moving in sync, and says if they are not, the way ahead will be difficult for Europe.

Pointing out that Germany, as an export nation, is the biggest beneficiary of European union, he says regardless whether the mechanism is joint eurobonds [also referred to as coronabonds — the ed.] or a reconfiguration of the EU's financial framework, it is time for Germany to step up and commit.

Read more: ESM, Coronabonds or 'Marshall Plan:' How the EU could manage the coronavirus fallout

"We must understand psychologically what this means for Italy, Spain, Portugal, Greece. They want to hear that for the recovery fund Germany, Holland, Sweden are prepared to risk something…The chancellor says yes of course we will do solidarity but…we can only do this if all are willing to guarantee and share the risk," said Cohn-Bendit.

As a sign of its own solidarity, the European Parliament has offered to let France use its Strasbourg facilities, currently closed due to the lockdown, as a COVID-19 testing center.

Emergency physician Dr. Babaei works not far from the parliament building. Looking out from his home office across the Rhine to Germany, he said he hopes this crisis will embolden Europe to truly put people first. "How can we move from the vision of an economic Europe to a more integrated, more federal, more political Europe? The social and ecological part will be what we most need in the coming years."