The EU, Eurogroup and member states have put forward several proposals to deal with the economic cost of the novel coronavirus pandemic. But some are more controversial than others. DW examines the options on the table. 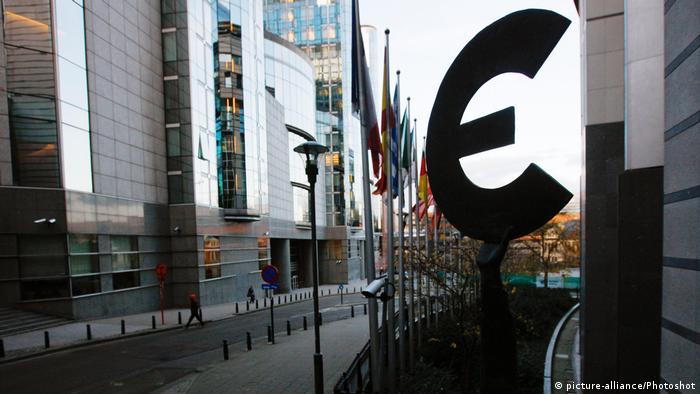 The economic fallout of the novel coronavirus pandemic is set to be staggering.

In Germany, two months of lockdown restrictions aimed at curbing the outbreak could cost Europe's economic powerhouse up to €500 billion ($544 billion) and reduce the annual GDP growth rate by up to 14 percentage points, according to a report published earlier this month by the European Network for Economic and Fiscal Policy Research.

Although Germany is better placed to weather the economic fallout, other EU countries, such as Italy and Spain, are in a much more vulnerable position. EU and eurozone member states have consequently put forward several proposals to manage the crisis. DW examines the options.

Germany has proposed repurposing the European Stability Mechanism (ESM) to free up billions of euros for Italy, Spain and others that require financial assistance during the post-pandemic recovery.

Although the ESM was originally setup as a bailout instrument with strict reform commitments, the proposal suggests easing conditions to solely require that funds are directly used for coronavirus-related expenditures.

The European Investment Bank said a pan-European guarantee fund of €25 billion would allow it to insure up to €200 billion in loans to small and medium-sized enterprises that require liquidity to stay afloat.

EU member states would have to collectively raise the €25 billion for the program to move forward.

The European Commission has put forward the Support mitigating Unemployment Risks in Emergency (SURE) instrument, which would free up to €100 billion in loans for EU member states to protect jobs.

Specifically, it allows workers to retain income lost from businesses and organizations reducing hours. The rise in EU member states' public spending as a result of bridging employee incomes could be covered by the SURE loans.

Coronabonds are at the center of a proposal led by Italy and Spain and backed by several other countries. The basic idea is that eurozone countries would collectively guarantee debt in the form of bonds.

Such bonds could raise hundreds of billions of euros and would mark the biggest step towards financial integration in the eurozone. However, it is opposed primarily by the German and Dutch governments.

A French proposal has sought to amend the concept by capping the amount of bonds that could be issued and stipulating that the funds raised could only be used for coronavirus-related expenditures.

European Commission President Ursula von der Leyen has called for EU member states to overhaul the executive body's long-term budget, saying it would form the heart of a "Marshall Plan" for the bloc.

The idea is to use the Multiannual Financial Framework — expected to run from 2021 to 2027 — "in such a way that it is a crucial part of our recovery plan," according to von der Leyen. However, it is unclear which countries would contribute funds to overhaul the budget and how it would be used for a post-pandemic recovery project.