Why are Russia and the West allowed to spy on each other? | World | Breaking news and perspectives from around the globe | DW | 28.03.2018 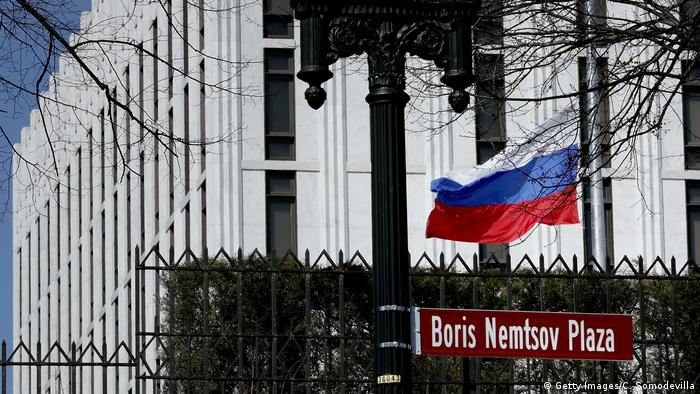 At least 25 countries have joined the UK in expelling Russian diplomats in response to the nerve agent attack on former Russian double agent Sergei Skripal and his daughter in the English city of Salisbury earlier this month.

The UK is convinced agents backed by Russia were behind the attack. Its allies in the European Union and NATO appear to agree.

The UK has welcomed the actions taken by its allies and even seen it as a victory in its diplomatic spat with Russia. British Foreign Secretary Boris Johnson on Wednesday described the mass expulsions as "a blow from which Russian intelligence will need many years to recover."

The sheer tally of suspected spies operating in NATO countries has been striking. In total, nearly 150 Russian officers have been ordered to return to Russia for their alleged spying — 23 of which were dispatched from Britain and 60 from the US.

Eighteen European Union member states, including Germany, have followed suit with smaller-scale expulsions, as have Australia, Canada and Ukraine.

The mass expulsion of Russian officers has cast a light on the unspoken but still widely practiced East-West spy game, a remnant of the Cold War era.

Why do countries allow spies to work within their borders?

Although the world of international spying remains murky and oftentimes illegal, it continues to be widely accepted largely thanks to a "gentlemen's agreement," according to Anthony Glees, Director of the Center for Security and Intelligence Studies at the University of Buckingham.

"Since it is widely known that embassies will always employ so-called intelligence officers, a sort of nonaggression pact has grown between states … in which governments agree to essentially cast a blind eye on each other for mutual advantage," Glees told DW.

In effect, governments have to allow spies within their country, if they also want to their spies to operate abroad. What's left is a game of whose secret service can rack up the most intelligence.

There is, of course, also a legal statute underpinning the nature of espionage. Since spies work under the guise of diplomats for their home country, they are granted diplomatic immunity, and a degree of protection, under the 1961 Vienna Convention on Diplomatic Relations.

"Intelligence workers must first break a law in order to suffer the consequences," Christopher Nehring, Head of Research at the German Spy Museum in Berlin,  told DW. "If the host country merely identifies someone as an employee of a secret service, then that isn't a criminal offense in itself — only spy-related activities, such as recruiting sources, installing of espionage technology, or similar would be considered illegal."

That so many countries followed the UK in expelling Russian state actors comes as a major diplomatic coup for British Prime Minister Theresa May. Most governments often don't even want to expel foreign spies based in their country as this risks retaliation and more political unknowns.

On the domestic front, the government will no longer keep track of an identified intelligence worker by expelling him or her, which in turn means it can no longer collect information about them and the adversary state. It's then up to the domestic government to identify the new spies who will ultimately take their place.

Internationally, the move to expel agents evidently prompts the opponent to retaliate, as has been case with Russia expelling numerous British agents in response.

By deciding to expel such large a number of diplomats all at once, Nehring explained, the UK and the US have, in a sense, shown their hands to the Russian government. "If so many people are unmasked and expelled at once, it also shows that you have access to the internal workings of your opponent," he said, adding that, following the expulsions, Russia will likely revise spying operations in its foreign embassies and seek out completely new and unknown intelligence sources.

Given the nature of the espionage game, the mass expulsions underline the severity of the Skripal incident. After all, what happened in Salisbury went beyond just spying.

According to Glees, the poisoning demonstrates how Russian intelligence gathering has not only picked up, but become increasingly threatening in recent years. "Russia has abandoned communism but it has not abandoned the concept of an intelligence and security community that will stop at nothing to safeguard the Russian state and the personal position of [President Vladimir] Putin, the former KGB officer," he said.

By coordinating the expulsion of Russian agents, NATO members have recognized and acknowledged what they view as the deadly nature of Moscow's spying methods and the overstepping of the "gentlemen's agreement."

The EU will recall its ambassador to Russia for consultations in response to a nerve agent attack on an ex-double agent in England. Several EU member states are also considering expelling Russian diplomats. (23.03.2018)

British spying: From Berlin with love

In the latest NSA scandal plot twist, Britain has been accused of spying on Germany from its Berlin embassy. German politicians are demanding consequences, but observers are hardly surprised by the revelations. (05.11.2013)

The Kremlin has said the UK's decision to increase its nuclear arsenal represents a serious blow to arms control. Moscow also said it would take Britain's move into account when working on its own military planning.