Outrage in Britain as Russian ex-spy fights for his life | Europe | News and current affairs from around the continent | DW | 06.03.2018

Outrage in Britain as Russian ex-spy fights for his life

It's the stuff of spy novels, but the alleged poisoning of former spy Sergei Skripal in Salisbury is far from fiction and has drawn comparisons with the assassination of Alexander Litvinenko. Samira Shackle reports. 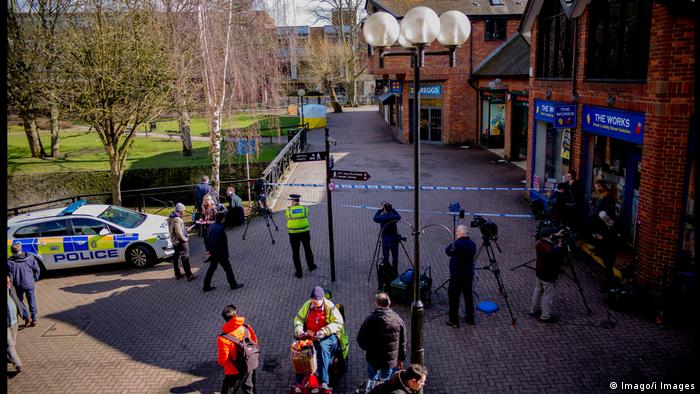 A shopping center in the county of Wiltshire is the last place you might expect a drama over international espionage to unfold. Yet that is what has happened, after Sergei Skripal, 66, was found collapsed and unconscious on a bench in the city of Salisbury. His 33-year-old daughter, Yulia, who was with him, is also in a critical condition.

Both are in hospital in intensive care, having been exposed to a mysterious substance. British police are currently working to ascertain what the substance was.

It has emerged that Skripal is a former intelligence agent. In 2006, Russia sentenced him to 13 years for treason, for allegedly spying for British intelligence services, passing secrets to MI6 since the late 1990s and receiving more than $100,000 (€80,000) for sharing the identities of Russian agents in Europe.

He did not serve this sentence, as in 2010 he was one of four prisoners released by Moscow in exchange for 10 Russian spies captured in the US. As part of this swap, Skripal was granted refuge in the UK.

On Tuesday, the authorities announced that the UK's counterterrorism police would be spearheading the investigation due to "the unusual circumstances."

However, the police restated that the suspected poisoning had "not been declared a terrorist incident and at this stage we are keeping an open mind as to what happened."

Russia has said it has "no information" about what happened to Skripal and his companion, and has offered to cooperate in the police investigation. Dmitry Peskov, spokesman for Russian President Vladimir Putin, told journalists: "We see this tragic situation but we don't have information on what could have led to this, what he was engaged in."

Inevitably, questions are being asked about the Kremlin's role. "We can't make assumptions at this stage, but Russian involvement seems the most likely explanation," Keir Giles, an expert on Russian security at Chatham House, told DW. "It fits the pattern of increasingly brazen attacks, trying to eliminate people who have either embarrassed the leadership or cost them money."

The Skripal case comes just over 10 years after the murder of Alexander Litvinenko, a former Russian agent who was poisoned by radioactive polonium in a London hotel. A public inquiry recently concluded that his killing had probably been carried out with the approval of Putin. 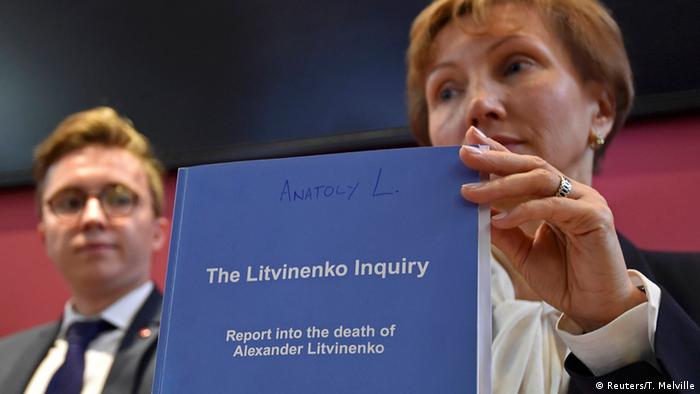 Although it's highly likely that Putin approved the operation to kill Litvinenko, there was no lasting political fallout

"The history of the Putin regime can be told as a series of assassinations that mark the boundaries of the acceptable and the unacceptable for the Russian state," Ben Judah, author of "Fragile Empire: How Russia Fell In and Out of Love with Vladimir Putin," told DW.

Although the Litvinenko case is the most well-known example of a Russian assassination on British soil, it is by no means the only one. A 2017 investigation by Buzzfeed News laid bare the extent of this activity, exposing 14 assassinations in the UK. The cases reported by Buzzfeed involved both Russian and British citizens.

"Skripal is the latest in a string of Kremlin enemies to fall victim to mysterious poisonings in the UK since Putin came to power," Heidi Blake, head of investigations at Buzzfeed UK, told DW. "You're hearing about it because, this time, the police are investigating. But what about the 14 deaths they ignored?"

An inquiry is ongoing into the death of Alexander Perepilichny, a Russian whistleblower who fled to the UK after exposing a $230-million tax fraud by corrupt Russian government officials. He died while out jogging in Surrey in 2012. An inquest has heard his stomach showed traces of a rare deadly plant poison.

"Let's not forget that these assassinations are well into double digits, and there are probably others we'll never find out about," said Giles. "What Russia has been learning through all of this is that there are no costs or consequences. Nobody cares enough to actually respond to Russia, so they continue."

UK Foreign Secretary Boris Johnson has indicated that if Russian involvement is proven, Britain would "rethink" its involvement in the World Cup in June. Despite such proclamations, past example suggests there will not be lasting fallout from the Skripal incident.

"My assumption is that it'll be fairly swiftly forgotten," said Giles. "Unless it's finally reached a point where it is sufficiently blatant that even the British government can't pretend it's not happening."