The Kremlin will continue fighting the West without rules, and a diplomatic boycott will not stop it, writes Russian journalist Konstantin Eggert. Retreat would signify defeat, as far as Moscow is concerned. 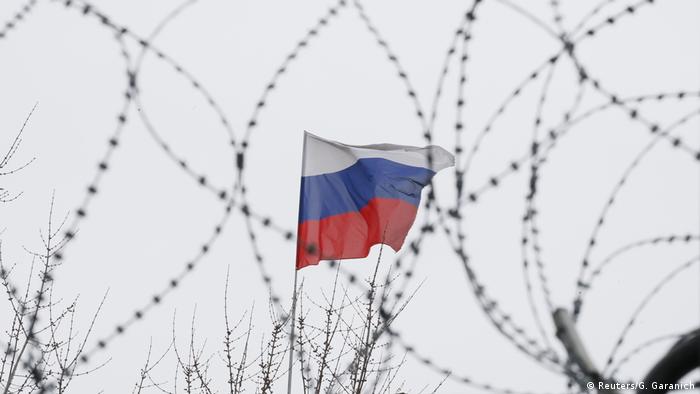 "I don't believe it!" This was what Konstantin Stanislavsky, the father of modern Russian theater, told actors when he was not satisfied with their performance. The United Kingdom and its two dozen allies around the world spoke on March 26 as a collective Stanislavsky.

"You are lying!" This is the message behind an unprecedented expulsion of Russian diplomats by countries of the European Union, the United States, Canada and Australia. This demarche will now be included in all textbooks on the history of international relations. Even Saddam Hussein and the Kim dynasty in North Korea were spared such public humiliation. This is a serious political and diplomatic victory for British Prime Minister Theresa May.

Two elements of this drama drew my attention. Tiny Iceland once challenged the mighty Soviet Union when it was the first to recognize the restoration of Lithuania's independence in 1990. On Monday, Reykjavik announced a political and diplomatic boycott of Moscow, although Iceland is not a member of the EU and has no special relationship with Britain, unlike, say, Canada, Australia and the United States. Secondly, the Kremlin's "best friend," Hungarian Prime Minister Viktor Orban, decided to expel one Russian diplomat. The EU-bashing populist leader, known for his good relations with Russian President Vladimir Putin, showed where his real priorities lie.

And this may not be the end of the affair. European Council President Donald Tusk said that EU member countries could take additional steps. That is, those who have not yet expelled Russian diplomatic personnel, like Slovakia or Portugal, can still do so. Experts of the Organization for the Prohibition of Chemical Weapons are analyzing the substance that was used to poison former British spy Sergei Skripal and his daughter Yulia. If they conclude that the substance was of Russian origin this could spur more expulsions. Tokyo is also biding its time. The Japanese foreign ministry says it is monitoring the situation closely but avoids answering the question whether Washington's main Asian ally would support the British and American position.

In a normal democracy, such a large-scale and public diplomatic disaster would have led to the resignation of top brass at the foreign ministry and special services as well as immediate parliamentary inquiry. It would have also greatly undermined the standing of the executive.

But Russia is not a democracy. Foreign Minister Sergey Lavrov on Monday defiantly went to play football with veterans of FC Spartak. The Russian embassy in Washington responded to the expulsion of 60 Russian operatives from the US with a Twitter joke. It asked its followers to choose online which of the three US consulates in Russia Moscow should close in response to the shutdown of the Russian consulate in Seattle.

The Kremlin's puppet deputies in the Duma and its puppet "experts" on state television networks had a field day mocking the Europeans and pushing conspiracy theories. The chemical attack in Salisbury is a British-American provocation, they argue. "Russia has risen, and the envious US want to cut it down to size. Washington forced its lackeys to join the diplomatic boycott" — this version of events is being rammed down the throats of the Russian TV audience. You see, great Russia can only have great enemies, not some kind of mini-foes like Romania or Finland. Many would believe these delusional explanations.

I have no doubt that the Kremlin will respond to the expulsions: kick out diplomatic personnel, close one more American consulate. The BBC bureau in Moscow may also be shut down if OFCOM, the UK broadcasting regulator, suspends the license of RT, the Kremlin's propaganda channel.

UK could do more

Apart from this, Moscow's standard political and diplomatic options are limited. While the UK has quite a few more: impounding "suspicious property" — in other words, the assets of Russian oligarchs in the UK — stripping them and their family members of British citizenship, inclusion of Russian officials in the British version of the "Magnitsky list." One cannot even rule out a full-scale boycott of the World Cup by the UK, if the investigation reveals significant new evidence of Russian state involvement in the Salisbury attack.

Moscow lied many times before the Salisbury incident: about former KGB officer Alexander Litvinenko having been poisoned by Boris Berezovsky, about "Georgian aggression" against South Ossetia, about "Ukrainian fascists" in Crimea, about the absence of Russian troops in the Donbass, and about the fake air traffic controller who saw a fake Ukrainian fighter jet shoot down a Malaysian airliner. Now this long string of lies has led to a diplomatic disaster.

But the Kremlin will not relent. It perceives any retreat as a defeat. I am sure that Moscow is already thinking about the so-called "asymmetric response" to the West. For this there are hackers, propagandists and, if need be, the Russian armed forces. The Cold War once resembled a boxing match. It had rules. In its new confrontation with the global West, there will be none. Putin's Russia chooses mixed martial arts.

The poisoning of former Russian spy Sergei Skripal has caused a standoff between Russia and the UK. Russia has denied knowledge of the poisoning but that hasn't stopped other countries taking action. (26.03.2018)