UK-Russia relations: Crisis or melodrama? | Europe | News and current affairs from around the continent | DW | 16.03.2018

Tensions between Westminster and Moscow continue to escalate after the attempted murder of an ex-spy. Sarah Bradbury gauges the reaction of Russians and Russia experts in London and finds a relative sense of calm. 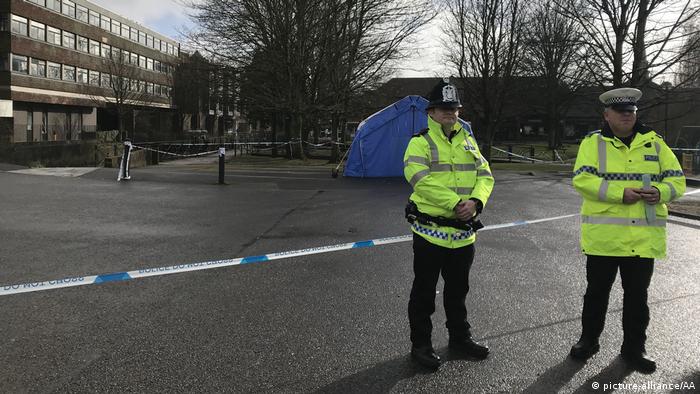 Ever since Russian ex-spy Sergei Skripal and his daughter Yulia were found unconscious on a bench in the UK city of Salisbury on March 4, thought to be poisoned with a nerve agent of a type developed by Russia, very public political posturing and inflammatory exchanges between Westminster and the Kremlin have played out like the opening scenes of a mediocre Cold War-era espionage movie.

UK Prime Minister Theresa May made it clear she believed Moscow to be "culpable," while Foreign Secretary Boris Johnson has said "our quarrel is with Putin's Kremlin." Putin's spokesman Dmitry Peskov referred to the UK government's accusations as a "shocking and inexcusable breach of diplomatic propriety."

May announced 23 Russian diplomats will be expelled from the UK as part of a "full and robust" response. The move was countered by Russia's Foreign Minister Sergei Lavrov subsequently expelling British diplomats from Russia.

Caught up in the rhetoric?

In spite of the bold statements and brash expulsions, so far the rhetoric has remained largely that. But what of the impact on the Russian community on British soil? Do they believe a second cold war is brewing between the countries, with potentially far-reaching consequences for those of Russian heritage in the UK, from the business elite to young professionals? Or are Russians here dismissive of recent developments as melodrama yet to subside? 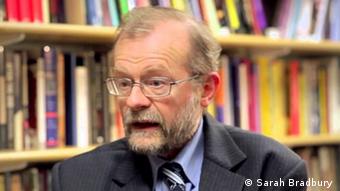 Dr. Peter Duncan, Senior Lecturer in Russian Politics and Society at the UCL School of Slavonic and East European Studies, believes steps taken so far constitute a weak response from Theresa May, masked by tough rhetoric. He points out that to date, Britain has been very reluctant to take action against Russia in economic terms, for example by following through with a serious inquiry into the ownership of property in London: "Actions from the UK government have come far too late. The UK should have followed the US sanctions which targeted those close to Putin in terms of whether they can go to the US and freezing their assets."

He draws an important distinction between the majority of Russians in the UK, here to seek a better life but not in any way involved in politics, and those of the wealthy elite, "who stole things in the 1990s and then fell foul of Putin and are now living in London. And those who have been involved or accused of being involved in criminal acts inside Russia and have now taken refugee under political asylum — those people have got something to worry about." But he stresses that ordinary Russians should not get caught in the crossfire of political maneuvering: "What we don't want to do is to alienate the Russian people. The ordinary Russian people here in Britain and in Russia are even more the victims of all this."

Rather than fear the consequences of the current situation or a "third world war," Alexander Vassiliev, a Russian journalist, espionage historian and ex-KGB officer who has lived in London for 22 years, identifies a sense of frustration in the Russian community with the aggressive stance of the UK government and the lack of cooperation between the two countries. He argues that in fact, many Russians would applaud Theresa May for a crackdown on oligarchs in the UK: "Theresa May would become a very popular politician in Russia if she did what she promises. People hate oligarch's, crooks and criminals who stole Russian money from the Russian nation." 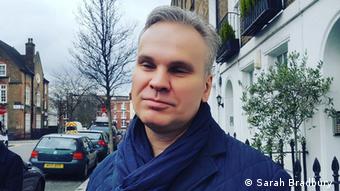 Also for Dmitri Gololobov, a Russian lawyer in London and visiting professor at the University of Westminster, taking a strong stance with the Russian business elite in the UK would be a positive development: "As Boris Johnson said, the UK should confiscate oligarch assets, their mansions or whatever they like, just to show its firm intention to fight Russian corruption and crime and oppose Russian influence here." But for now he believes the impact on such powerful individuals to be "zero."

Ultimately, he sees the current state of relations as merely part of a cyclical process, whereby building tensions periodically crystallize then quickly disperse when cooperation is needed again: "Everything will have settled in a couple of weeks."

Yevgeny Chichvarkin, a Russian entrepreneur who owns a luxury wine shop, does not believe actions taken so far by the UK government will have a direct impact on businessmen such as himself, or even that sanctions will reach Putin and his associates. The main impact will be that Russians face more barriers to visiting the UK, negatively impacting tourism and the opportunity for Russian people to experience Western culture. 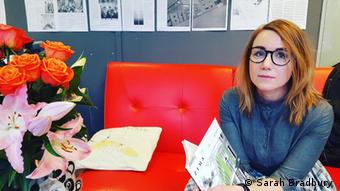 Nikitina: 'You get used to situations where you don't feel comfortable'

Katerina Nikitina, founder of Zima, a magazine for Russian-speaking people in UK, has spent some time speaking with people in the community in recent days and found that for the most part, they were calm: "Normal people understand that this is politics. Russians here think there may be some difficulties for oligarchs or those who are connected to government, but for those just living and working here nothing really will change." Nikitina would hate to see Russia become culturally and politically isolated from the rest of the world but reflects that for Russians, living through adversity is a part of life and perhaps contributes to a certain stoicism in their response: "We have been through so many crises. You get used to situations when you don't feel comfortable and when you don't know what will happen. For now we try not to worry about it or argue about it. No one knows the truth. You just have to live with the situation as it is happening."