The EU will recall its ambassador to Russia for consultations in response to a nerve agent attack on an ex-double agent in England. Several EU member states are also considering expelling Russian diplomats. 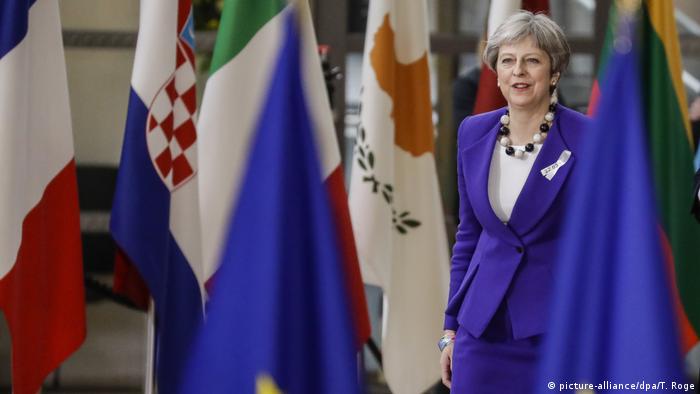 European Union leaders supported Britain on Thursday in blaming Russia for a nerve agent attack on an ex-spy and his daughter in England.

In a joint statement, the European Council said it "agrees with the United Kingdom government's assessment that it is highly likely that the Russian Federation is responsible and that there is no plausible alternative explanation."

"The European Council condemns in the strongest possible terms the recent attack in Salisbury, expresses its deepest sympathies to all whose lives have been threatened and lends its support to the ongoing investigation," the leaders said.

British Prime Minister Theresa May ordered the expulsion of 23 Russian diplomats in response to the March 4 nerve agent attack on Sergei Skripal and his daughter in Salisbury, prompting a tit-for-tat response from Russia. 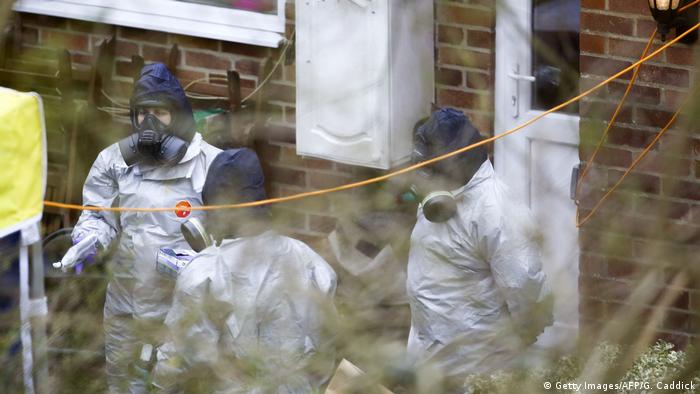 "Russia staged a brazen and reckless attack against the United Kingdom," May said at the summit of 28 European leaders. "It's clear that the Russian threat does not respect borders and indeed the incident in Salisbury was a pattern of Russian aggression against Europe and its near neighbors."

Russia denies involvement in the attack, which has created another major crisis in relations between Moscow and the West.

The European Council statement called the attack a "grave challenge to our shared security."

It also said EU states would "coordinate on the consequences to be drawn in the light of the answers provided by the Russian authorities."

Dutch Prime Minister Mark Rutte said the EU ambassador to Moscow would be recalled for "consultations" in response.

German Chancellor Angela Merkel said the EU could take further measures following the results of an investigation being led by the Organization for the Prohibition of Chemical Weapons.

"We are determined to react together, with the language we used here, but also possibly through additional measures," she said.

"We support the measures the United Kingdom is applying and all of us, we are considering such measures," Lithuanian President Dalia Grybauskaite said, adding a decision would be made "in the near future."

Poland also said it may do so as well.

The united position from the EU is a victory for May, who has sought a strong response from the bloc at a time the UK is negotiating Brexit. She had already received support from the United States, France and Germany.

However, several EU member states, including Greece, Slovakia and Hungary, had been hesitant to point the figure at Russia.

Greek Prime Minister Alexis Tsipras said the EU needed "to express our solidarity to the UK, to the British people, but at the same time we need to investigate."

"Without giving up our values, without giving away our principles, we must confer with our direct neighbors in Europe," he said.

Germany's defense minister has vowed 'consequences' over a nerve agent attack on ex-spy Sergei Skripal, which the UK blames on Russia. She also tied the attack to the use of chemical weapons in Syria. (15.03.2018)

Russia says 23 British diplomats must leave the country within a week amid a row with London over a nerve-agent attack. The Foreign Ministry said it would also close the British Council in Russia. (17.03.2018)