Why are Kabul and Washington not participating in Moscow-led Taliban talks? | Asia | An in-depth look at news from across the continent | DW | 24.08.2018

Why are Kabul and Washington not participating in Moscow-led Taliban talks?

In an interview with DW, South Asia expert Michael Kugelman explains why Kabul and Washington turned down Moscow's invitation to participate in an Afghanistan peace conference next month. 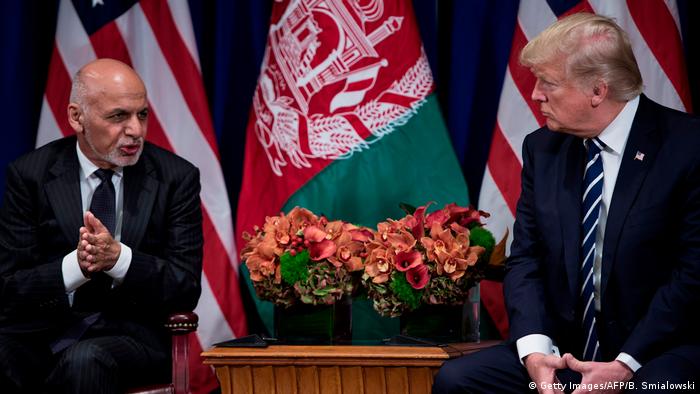 DW: Despite repeated attempts to engage with the Taliban, why are Afghanistan and the United States unwilling to participate in the Russia-led peace conference in Moscow?

Michael Kugelman: Both countries are making a major mistake by not attending the conference in Moscow. While both countries are in the wrong, the Afghan government's decision is particularly inexplicable and bizarre. The US has the excuse of not wanting to engage with a conference host that it doesn't like, but Kabul can't use diplomatic tension as an excuse.

Kabul's ties with Moscow have grown as Russia has tried to step up its role in Afghanistan. The bottom line is that both countries are doing the wrong thing. If you are genuinely serious about launching a peace process to end the war, then you should take advantage of every promising engagement. Sitting one of these engagements out simply doesn't make sense.

Read more: Afghanistan will not attend peace talks with Taliban in Moscow

Does Taliban's participation in the conference indicate that Russia's influence on the militant is increasing?

Yes, Russia is among many countries – from China to Uzbekistan and many in between – trying to cultivate deeper relations with the Taliban in order to gain leverage. I think there's a growing realization that there needs to be an all-hands-on-deck effort to figure out a way to convince the Taliban to agree to talks.

The problem is that these countries trying to reach out to the Taliban often differ from each other in terms of intent and interests. For instance, some countries, like Iran and Russia, may seek to provide military support, and not just diplomatic backing, to the Taliban.

Is Russia betting on the Afghan Taliban?

Recently, US officials held talks with Taliban representatives in Qatar, and now Russia will meet members of the group next month. It shows the Taliban are willing to talk to anyone but the Afghan government. Does it put President Ashraf Ghani's government in a difficult position?

Yes. At the very least, the optics of Kabul being shut out from a peace process to end its own war are far from optimal. I imagine the Taliban won't relent anytime soon, given that it views the current government in Afghanistan as a mere stooge of the US. Perhaps the calculus will change next year, assuming Afghanistan has a presidential election that brings in a new leadership. That leadership, presumably, would be the product of an election and not of a US-led negotiation, such as the one that led to the formation of the incumbent Afghan government back in 2014. So the Taliban may be more willing to consider negotiations with the next Afghan government.

Do recent developments indicate that peace can finally be achieved in Afghanistan?

There is more momentum toward launching a peace process now than at any time since the war began. There are several reasons for that. One is that the Taliban recently agreed to a temporary truce, for the first time. That suggests there is at least some form of Taliban buy-in for peace, even if not for very long. Another reason to be optimistic is that the US and Afghanistan have finally signed off on the idea of Washington pursuing direct talks with the Taliban, which has long been the Taliban's stated precondition for a reconciliation process to end the war.

That said, I certainly wouldn't even try to make an argument that peace is just around the corner and that stable days will be upon us anytime soon. We may be closer to launching a peace process, but we're still a long way from concluding one. At the end of the day, the Taliban has little incentive to stop fighting given that it's doing so well on the battlefield. It will need some really generous concessions in order to seriously consider laying down its arms.

The question is if the Afghans and Americans, and other key stakeholders, would be willing to offer those concessions, which may have to involve permanently ceding to the Taliban the territory that they now control.