Afghanistan will not attend peace talks with Taliban in Moscow

Kabul will not be sending a delegation to Russia-led peace talks with the Taliban in September, the Foreign Ministry told DW. The Afghan government said only it can initiate a peace process. 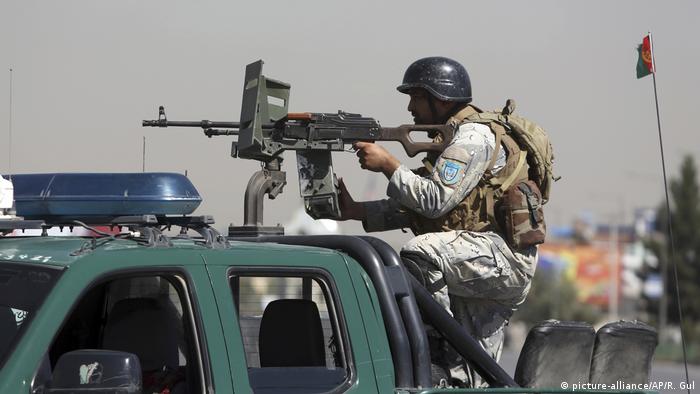 The Afghan government does not plan on sending a delegation to the planned peace conference with the Taliban in Moscow on September 4, a Foreign Ministry spokesman told DW on Wednesday.

Ahmadi emphasized that the Afghan government maintained good relations with Russia and would continue to do so in the future. However, Kabul could only support peace talks "if Afghanistan's interests are at the forefront," he said.

The United States has already said it would not attend the conference, which will discuss the future of Afghanistan.

Afghan politics expert Wadir Safi at the University of Kabul said he believes the Russia-led talks are aimed at preventing terrorism in Afghanistan.

"As far as the peace process is concerned, Russia does not want to be left out," Safi told DW. "They want to protect themselves by contacting the warring factions."

According to Safi, Moscow has maintained contact with the Taliban, a radical Islamist group, for years, in order to curb terrorism, particularly from the militant "Islamic State" (IS) group which has been spreading through several areas in Afghanistan.

Russia is concerned about the expansion of terrorist groups in Afghanistan, particularly due to the 1,300-kilometer (roughly 800-mile) border between Afghanistan and Tajikistan — a part of the former Soviet Union.

The Taliban has yet to officially announce if it will be sending a delegation to the peace talks in Moscow.

Militants killed after rockets rain down near Afghan presidential palace

The rocket attack in Kabul came days after President Ashraf Ghani offered the Taliban a reciprocal ceasefire to mark the Islamic Eid al-Adha holiday. The "Islamic State" claimed credit for the assault. (21.08.2018)