Who is US Treasury Secretary Janet Yellen? | Business| Economy and finance news from a German perspective | DW | 26.01.2021

Economist Janet Yellen is liked by both Democrats and Republicans. This is a good starting point to her momentous task of getting the American economy back on track after the long COVID-19 derailment. 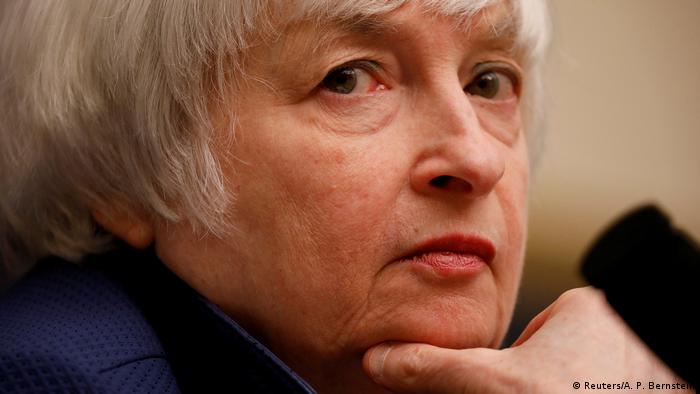 Today, she is the most powerful economist in the world. She was the first woman to head the American Federal Reserve. Now after US Senate approval, Janet Yellen will be the first woman running the country's Treasury Department in its 231-year history.

Including her time as chief White House economist, this puts her in a category of her own. Not only will she be the first woman to hold all three of the top US economic policy jobs, she will be the first person ever to have had all three jobs.

Though 74-year-old Yellen has continually broken the glass ceiling, when President-elect Joe Biden introduced his economic team at the beginning of December, his choice was not much of a surprise.

Yellen is a well-known face around Washington and a respected economist with a long public service career. While introducing her at the press gathering, Biden called her "one of the most important economic thinkers of our time," adding "no one is better prepared to deal with these crises." Indeed, it is hard to find a more appropriate resume.

Who is Janet Yellen?

With a Ph.D. in economics, Yellen researched and taught at Harvard, the London School of Economics and the University of California, Berkeley. In 1994 she started work on the Federal Reserve Board of Governors. A few years later, Bill Clinton appointed her to head his Council of Economic Advisers.

After that she ran the Federal Reserve Bank of San Francisco from 2004 until 2010. Then she moved on to become the vice chair of the Federal Reserve, then chair in 2014. It was a position she held until 2018 when Donald Trump refused to renominate her as head of the central bank.

Her years at the Fed were a time consumed with the aftermath of the 2008 global economic downturn. The central bank was able to turn the crisis around and eventually drove the longest economic expansion in US history. Unemployment was at a 50-year low before the coronavirus pandemic stopped progress in its tracks.

Controversially, since stepping down as head of the central bank, Yellen has raked in over $7 million (€5.7 million) in speaking fees over the past two years. This is according to reporting by the New York Times and based on disclosure statements. Among those who paid her were big corporations and Wall Street banks, which brings up fairness and the influence of special interests.

What does she stand for?

At the December press conference announcing her nomination, Yellen said she became an economist because she was "concerned about the toll of unemployment on people, families and communities." Over the years she has shown more concern over unemployment than about inflation.

Darrell Duffie, a professor at Stanford University's Graduate School of Business, agrees. Besides being "brilliantly intelligent and knowledgeable," she is "passionate to get policies and actions right, and has compassion for people, especially for people who are not economically advantaged," he told DW. 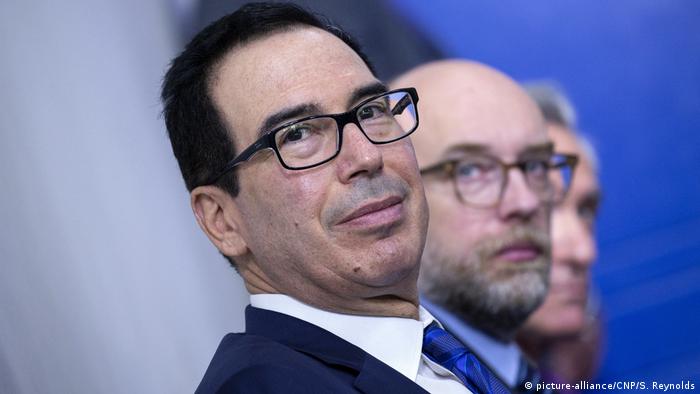 Yellen will also be a big step away from her brash predecessor, Steven Mnuchin, an investment banker who worked at Goldman Sachs and founded several hedge funds before joining Trump's Cabinet.

Yellen "is a distinguished, credentialed economist lauded by her peers," Stuart Greenbaum, former dean of the Olin School of Business at Washington University in St. Louis, told DW. "She has a long history of being consistently moderate among liberals."

Instead of protectionist policies, Greenbaum thinks more nuance is headed to the Treasury Department. "I see Yellen spending more time internally formulating and selling policies based on her more disciplined line of thought seeking to promote employment and greater equity in the distribution of income. "

What does a Treasury secretary do?

Unlike most of Yellen's jobs in the past though, the post of Treasury secretary is fast-paced and very hands-on. Economic theories often take a back seat.

The Federal Reserve is in charge of monetary policy — the money supply. It is an independent agency that controls the amount of money in circulation and can stimulate the economy by buying or selling bonds. Its goal is maximum employment and keeping inflation in check through interest rates. It usually follows a slow, but steady routine.

The Treasury Department is in charge of fiscal policy — taxing and spending. The Treasury secretary is part of the president's Cabinet and a very political role. Yellen will immediately be thrown into wide-ranging policymaking discussions that need fast answers.

She will have to deal with leftovers from the Trump administration — things like big trade wars, tariffs and the proposed bans of Chinese companies like TikTok and Huawei. Other tricky issues are tightening sanctions on Iran and the completion of the controversial Nord Stream 2 gas pipeline connecting Russia and Germany.

"The Treasury Department is a significant player in the management of US global economic relationships," Stanford economist Duffie said. It is a diplomatic and economic tightrope at the best of times. These are not normal times.

What will be her biggest challenges?

Despite all the complexities of her new job, the biggest challenge awaiting Yellen is the strained US economy. It is in tatters compared with a year ago. Yellen herself called the pandemic and its fallout "an American tragedy."

During her confirmation hearing with the Senate Finance Committee on January 19, Yellen pushed hard for another big economic aid package — and sooner rather than later. "Without further action, we risk a longer, more painful recession now and long-term scarring of the economy later," she said.

She also pointed out the special needs of vulnerable communities and families. "The focus right now is on providing relief and on helping families keep a roof over their heads and food on the table, and not on raising taxes."

"Secretary Yellen will have many challenges, most prominently the deep fiscal imbalances in the US federal government's expenses and revenues," Duffie said. "The US government's management of the COVID pandemic and climate change, among other priorities, will be extremely expensive, and this comes when the US is already deeply in debt," he added.

Though another relief and stimulus bill was passed in December, more will need to be done as the economy continues to shrink. Joe Biden has already laid out yet another trillion-dollar proposal with more direct stimulus checks, which would bring the total government spending for fighting the pandemic and its economic impact to around $4.8 trillion.

Yet much of this is uncharted territory — it is truly a once-in-a-generation situation. Yellen will have to mine all her experience and call in many favors with politicians from both parties to push cooperation and find bipartisan support. Her goal will surely be not just keeping the US out of recession but putting it on the path to recovery.