Where Germans like to emigrate | News and current affairs from Germany and around the world | DW | 11.11.2019

Germans are voracious travelers and move around the world. But there are some countries, particularly in Europe, that Germans seem to like the most. More than 250,000 Germans emigrate from Germany each year, according to German government statistics.

Where exactly they move to is difficult to track. However, the Organization for Economic Cooperation and Development (OECD) regularly surveys member states for migration data and publishes its findings.

According to the International Migration Outlook 2019, these are the top OECD countries where Germans emigrate to.

They share a border, they theoretically speak the same language and they earn over 50% more than the Germans, according to OECD figures. Taxes are much lower, the standard of living is higher, and even though they're not in the European Union, immigration is relatively straight forward. More than 450,000 German citizens now live in Switzerland, largely in and around German-speaking Zürich.

Geographically similar to Switzerland, Austria is the number one European Union destination for Germans. The language is even closer than Swiss German and there are fewer restrictions for living and working there, thanks to freedom of movement in the EU. Almost 200,000 Germans live in the Alpine republic, with most moving to Vienna. Relations are generally close, although Germans are often mocked as Piefke, a derogatory slur dating back to the Austro-Prussian war, or sometimes Marmeladinger, from Germany's comparatively poor WWI rations. 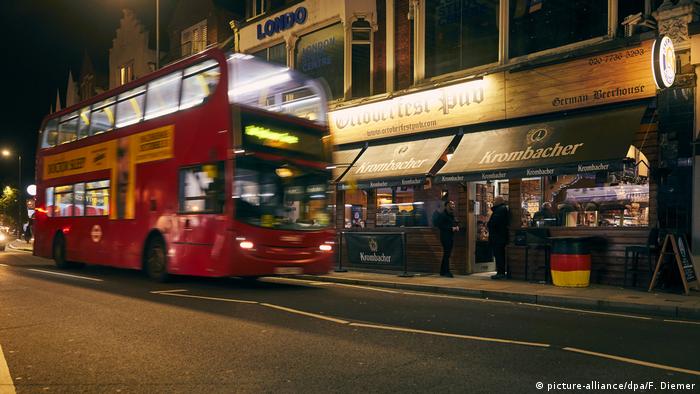 Despite the Brexit uncertainty, the UK remains a popular destination for Germans

Brexit fears have failed to completely quell German migration to the UK, with more than 150,000 Germans living there. German connections to the UK go so far back that even the royal family have German roots, through the House of Hanover. Many Germans congregate in London, working in academia or in the National Health Service. Germans do have to adjust to cultural differences, though, including small talk, paying with a credit card and worse bread, although depending on who you ask, they can enjoy better beer.

Dutch is somewhat easier to learn for Germans, especially if they know English already. Unemployment is lower in the Netherlands and the people are generally more relaxed, making it attractive for Germans. However, they do sometimes have to deal with the Dutch asking them to return their bikes (fleeing Nazi soldiers took anything with wheels to escape during WWII). In the late 1990s, there was a large influx of Germans who went to their smaller neighbor for work thanks to its booming economy, and although Germany has since overtaken the Netherlands in many respects economically, the practice continues. Many German students also choose to study in the Netherlands.

It's warmer, cheaper and has excellent food. Mallorca and Germany have an unbreakable bond, with decades-worth of Germans holidaying and retiring on the sunny party island. The Canary Islands and the east coast of the mainland are also a major attraction for sun-starved Germans. Being in the EU, it's very easy for Germans to emigrate. The labor market remains poor, so emigrants tend to skew towards nonworking.

Chile, Namibia or the USA: For International Mother Language Day on February 21, we've compiled a list of five German-language media resources that can be found in places where German is not the native language. (21.02.2017)