While the United States took the top spot, Germany came in second as the largest single destination for migrants. Although humanitarian migration has significantly dropped, family and labor migration are on the rise. 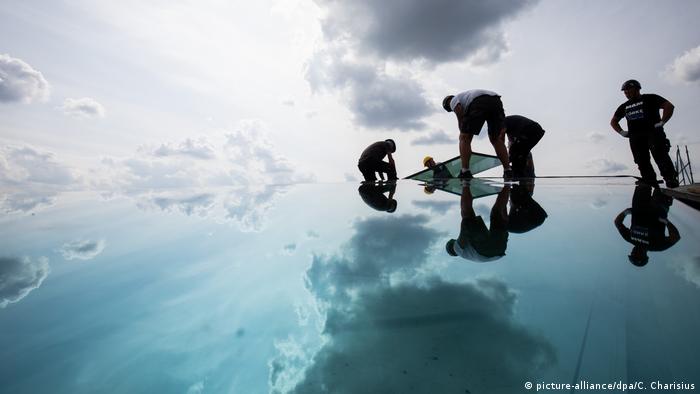 The Organization for Economic Co-operation and Development (OECD) on Wednesday said Germany is the second-largest destination for migrants.

"Since 2015, European OECD countries have collectively received more permanent migrants that the United States," said the organization in a report. "Nevertheless, the United States remains the largest single destination country for migrants, followed by Germany."

Despite a rise in labor and family migration, the OECD noted a drop in humanitarian migration, for example, from refugees fleeing conflict.

At the height of the European migration crisis in 2015, nearly 900,000 migrants entered Germany under Chancellor Angela Merkel's open-door policy, many of them seeking asylum. However, that figure has steadily dropped since then, contributing to an overall drop in migration.

"The decline in migration to Germany can mainly be attributed to a decrease in humanitarian migrants arriving in Germany," the OECD said. "Romania registered the biggest increase (8,300) and Syria the largest decrease (-103,000) in flows to Germany."

Germans on the move

The report also showed that Germans are increasingly moving to other OECD countries. In 2018, German emigration went up by 3.3%.

"Approximately 16.3% of this group migrated to Switzerland, 13.5% to Austria and 10% to the United Kingdom," the report said.

The Netherlands and Spain were also included in the top five destinations for Germans. The US and France, however, were some of the few countries that recorded a drop.