What Donald Trump and Reformer Martin Luther have in common | Culture | Arts, music and lifestyle reporting from Germany | DW | 10.09.2020

What Donald Trump and Reformer Martin Luther have in common

In the exhibition "From Luther to Twitter," Berlin's Deutsches Historisches Museum explores the connection between media and politics — from the printing press to social media. 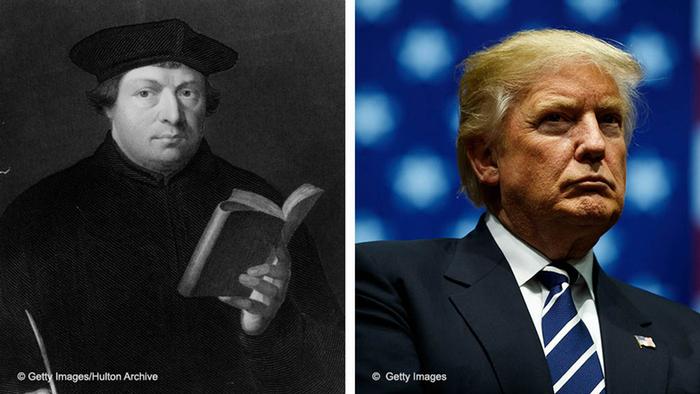 At the beginning of Donald Trump's presidency in 2017, he regularly made breaking news by tweeting about "total witch hunts," "fake news" or "dumb deals." The press nervously reported everything the new US president posted on Twitter, not quite knowing how to interpret his unpredictable posts, whether they featured a "covfefe" or, more worryingly, a WrestleMania video depicting him beating up a CNN logo.

The White House press secretary at the time, Sean Spicer, confirmed that the tweets were to be "considered official statements by the president of the United States," even if they weren't backed by press releases from the White House — and that was absolutely new.

Through the social networking platform, Trump had found a way to bypass established media conventions and communicate directly with his voters.

He knew very well that his use of social media was establishing something new — "not presidential," but rather "modern day presidential."

Harald Welzer, co-curator of the exhibition "From Luther to Twitter. Media and the Public Sphere," which opens at Berlin's Deutsches Historisches Museum on September 10, draws parallels between the current US president and Martin Luther, the initiator of the Protestant Reformation in the 16th century: They both recognized the power of an existing medium and transformed it into an influential political tool.

The printing press developed by  Gutenberg existed for 70 years before Luther perceived the added value of fast print production. Not only did Luther's German version of the New Testament become history's first bestseller, by producing masses of printed flyers and pamphlets, the Reformers established the "Brand Luther." The exhibition describes the Protestant Reformation as "the first major media event in European history" and Luther "as the first modern media star." 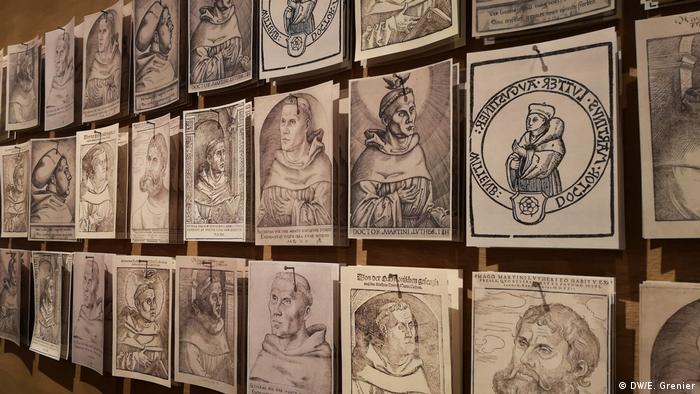 Similarly, Twitter was created in 2006 but it took several years before the current US president's unconventional use of the platform turned it into a compulsory means of communication for politicians today, as Welzer noted.

For the sociologist, Trump and Luther both saw the "chance to establish new alliances" by bypassing the established gatekeepers of their time. Through the political use of a new medium, "Luther paradigmatically demonstrated the power of creating alliances — 'how do I get people on my side' — and that's a topic that is tremendously important to this day."

Of course, the exhibition goes beyond these two influential figures: "We chose the title 'From Luther to Twitter' and not 'From Luther to Trump' because Twitter is not only connected to Trump, but to many different possibilities," exhibition co-curator Melanie Lyon told DW.

The show covers the specific role of different media forms in political communication, over five different eras: the invention of print, with a focus on how it led to the Reformation; the development of the press, and how it contributed to creating a bourgeois public sphere; radio broadcasting, and how Nazi Minister of Propaganda Joseph Goebbels turned it into a tool of totalitarian propaganda; the impact of television on political culture; and finally, the internet's new worldwide reach. 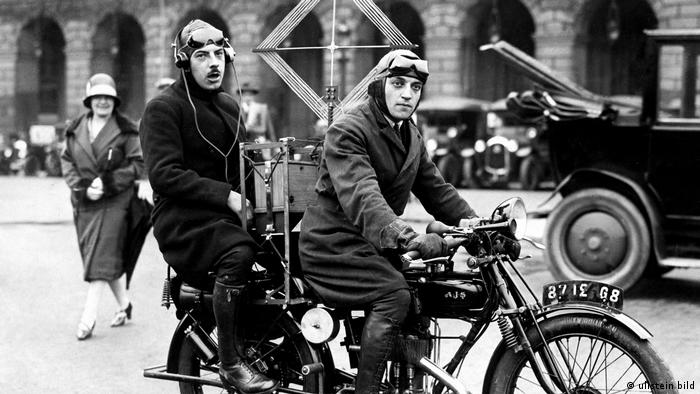 In 1928, way before podcasts, everyone was listening to the same thing: Radio was primarily a source of entertainment until the Nazis gave it a new function

The rulers' and their rivals' perspective

While the first room of the show establishes the subject by featuring an exhibit for each of these five media forms, they are explored in more detail in separate sections.

For the curators, it was important to explore the "charged relationship between public and counter-public, censorship and protest, surveillance and emancipation" for each media form.

For example, the Nazis' use of radio as a propaganda tool serves "as an interesting warning" for our times, points out Melanie Lyon, whereby critics of the regime also found their ways to publicize their message through foreign broadcasters.

Exploring the political power of the internet as a historian

A major challenge for the curators was to depict the age of the internet, since it is "still an open process," Welzer told DW.

In one lane, visitors revisit the present-day dynamics of the internet. Another path rather explores the utopian hopes that accompanied the creation of the World Wide Web in the first place. Finally, a third path focuses on the dangers of surveillance and the forms of political totalitarianism that can arise from the new digital technologies, such as China's Social Credit System.

Beyond some of these darker examples, the exhibition also highlights how the new connected world has allowed movements such as Fridays for Future or protests in Hong Kong to quickly emerge and organize. 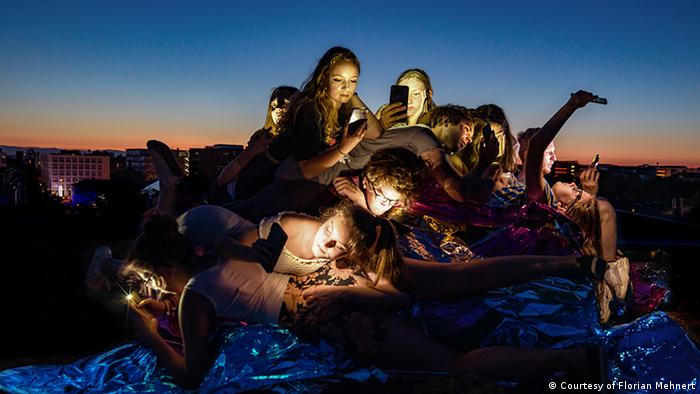 The exhibition also features artworks, such as this photo by Florian Mehnert, titled 'Smartphone Stacks'

The show concludes with 30 concrete examples of utopian projects showing that the digital future can also be characterized by transparency and civic participation.

For the curators, it was important to highlight these hopeful options, beyond the current depressing developments of the digital age — even though it's too early to predict social media's long-term impact on politics, and even though this exploration of an unknown future pushed them to go beyond their traditional role as historians.

"We as people who have the privilege to live in a democracy also have a particular responsibility toward that democracy," said Welzer. "That's why the question of how we use the technical and communicational possibilities of the internet to preserve and further develop our democracy is really important. I don't want to let the Trumpization or the Googlization of the world happen. That's not something I want to be politically responsible for."

The exhibition "From Luther to Twitter. Media and the Public Sphere" can be seen at Berlin's Deutsches Historisches Museum until April 11, 2021.