550th death anniversary of Johannes Gutenberg: the democratizer of knowledge

Gutenberg is considered the father of mass communication thanks to his invention of the printing press and metal movable type. But was he really the first to print books? Five centuries after his death, questions remain. 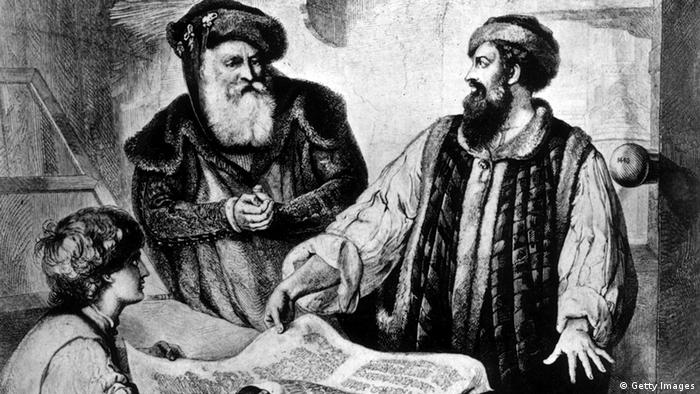 "Everyone knows Johannes Gutenberg, although you hardly know anything about him," says deputy director of the Gutenberg Museum in Mainz, Elke Schutt-Kehm. Not even his exact death date has been definitively confirmed, though he is thought to have died on February 3, 1468.

However, on the likely 550th anniversary of Gutenberg's death, this much is clear: Gutenberg is the inventor of the mechanical printing press with metal movable type, which helped the Reformation achieve its crucial breakthrough. For this accomplishment, he is considered one of the important historic figures of the second millenium.

Gutenberg's place and exact date of birth is unknown, but he was born around the year 1400, most likely in Mainz but perhaps in Eltville on the other side of the Rhine in the Rheingau region west of Frankfurt. He came from the wealthy Gensfleisch merchant family, but he later changed his birth name — as was then fashionable — and adopted the name of the family estate: "Hof zum Gutenberg."

Read more: The future of the book

Gutenberg possibly studied in Erfurt (in central present-day Germany), according to an entry in the matriculation books of the university. Around the year 1428, the Gensfleisch family left Mainz due to clashes between the leading families of the city. Where Gutenberg stayed after this time is not known. However his stay in Strasbourg (then a semi-autonomous city in the Holy Roman Empire) from 1434 is recorded.

Today a French city, Strasbourg offered Gutenberg numerous employment opportunities. Among other things, he worked in the coin and goldsmith trade, founded a finance company and produced pilgrimage souvenirs. Some indications suggest that he also paved the way for his later revolutionary invention while in the city. His Strasbourg soujourn lasted a total of ten years. 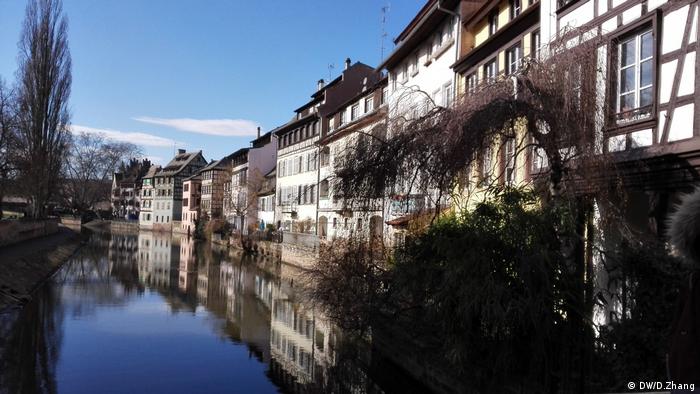 Gutenberg started to conceive his groundbreaking invention in Strasbourg

Back in Mainz, Gutenberg continued his work on his idea for a book printing press with the help of businessman Johannes Fust and writer Peter Schöffer. Between 1452 and 1454 he was able to develop a printing press with interchangeable metal letters. And since Gutenberg was also an accomplished craftsman — and an entrepreneur who was willing to take risks — he himself built the printing press.

For centuries, books had been produced through the labor-intesive process of writing by hand, which mostly took place in the workshops of monasteries. Only the clergy and upper classes could afford these expensive products — let alone be able to read them. But Gutenberg's printing press meant that text could be brought in one stroke to a page — and the material could be reproduced as often as desired. It was an invention that revolutionized the exchange of knowledge and enabled new ideas to circulate widely among the population. 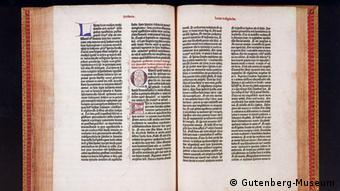 A page from the Gutenberg Bible, printed with the entrepreneur's moveable type

In 1450 Gutenberg began his most ambitious project: Within two years and with the help of his 20 employees, he printed 180 copies of religious reformer Martin Luther's Bible. It is not only the first, but also the most beautiful book ever printed, says the Gutenberg Museum's Schutt-Kehm.

Gutenberg's technique spread rapidly. By the year 1500 printing companies throughout Europe produced not only learned works but also texts attacking the indulgences and pomp of the Roman Catholic church. About 100 years later the first newspaper appeared.

But was Gutenberg really the first to make book printing possible? The answer is no. Book printing with interchangeable letters had already been developed in China in the 11th century and was widely used in Korea in the 13th century. 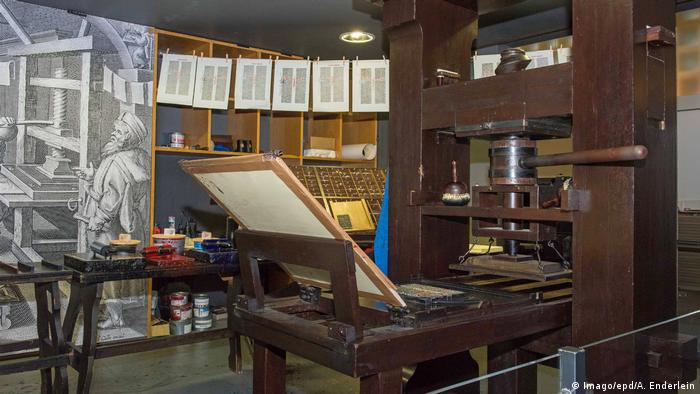 While not the first printing device, Gutenberg's press (reconstruction pictured) was arguably the most revolutionary

But while in Asia the letters for printing were created from wax or carved out of wood, Gutenberg developed his own technique with a manual casting instrument and a printing press. "He was the first to produce serial standardized individual parts," said Schutt-Kehm. It was a different approach and technically a huge step, the deputy director added.

And so Gutenberg's invention ultimately revolutionized the world, according to Schutt-Kehm. "Gutenberg democratized knowledge and took the first step toward knowledge for all."

In the home of Goethe and the printing press, the digitalization and commercialization of the book market is seen as a threat. Paper books are celebrated - not least with a well-endowed prize for small bookstores. (31.08.2017)

It's ECB carrot-and-stick policy. While the central bank no longer accepts Greek government bonds as collateral, it has raised the ceiling on ELA loans. What is ELA and how does it affect Greece's banks? (11.02.2015)